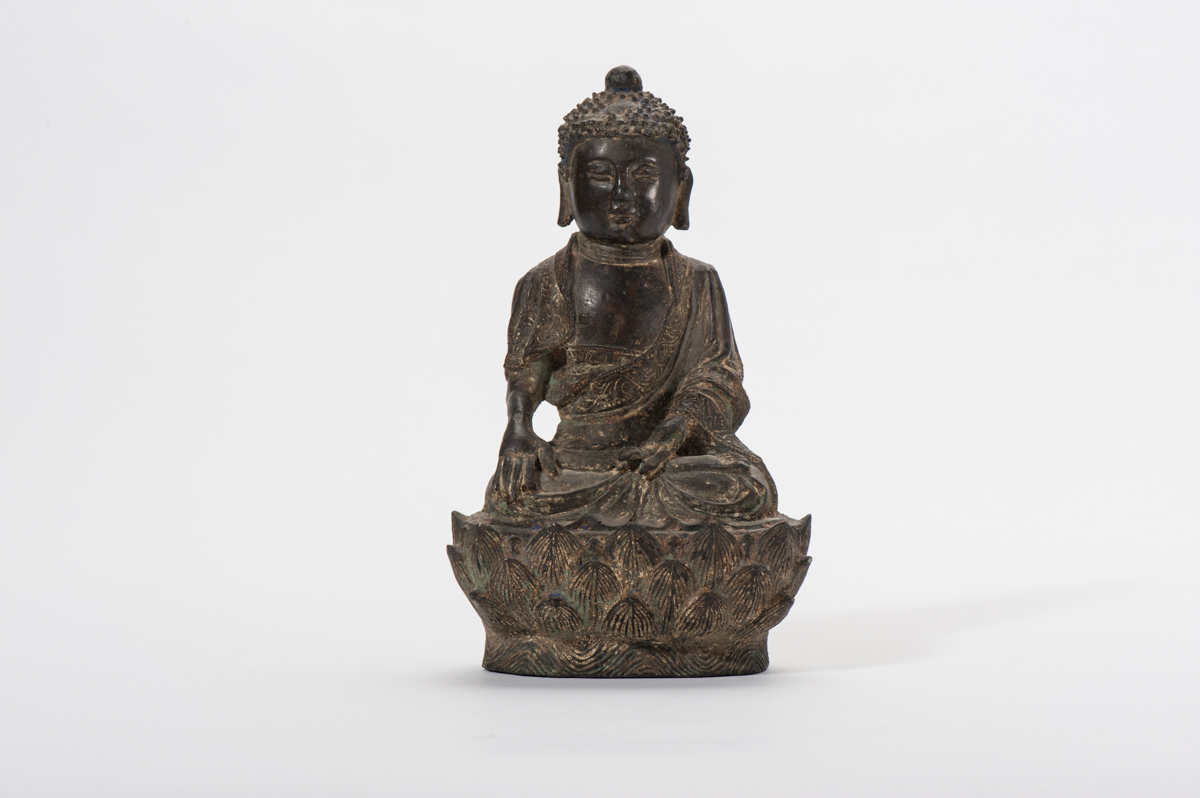 150. A bronze figure of Buddha Shakyamuni

A bronze figure of Buddha Shakyamuni
China, Qing dynasty, 17th/18th century
The Historical Buddha, born in the sixth century B.C. in present-day Nepal, is seated in vajrasana on a lotus base of which the petals are turned up. The right hand displays the bhumisparshamudra, gesture that he made when he called the Goddess of Earth as a witness just before attaining Enlightenment. His left hand rests on his lap. He wears an under garment and monastic robe covering both shoulders, its border engraved with scrolling. His face is adorned with a serene expression, downcast eyes below slightly arched eyebrows, smiling lips and elongated earlobes. Both curled hair dress and cranial protuberance ushnisha are topped with a lotus bud. Traces of gilding are still detectable.
H. 24.5 cm