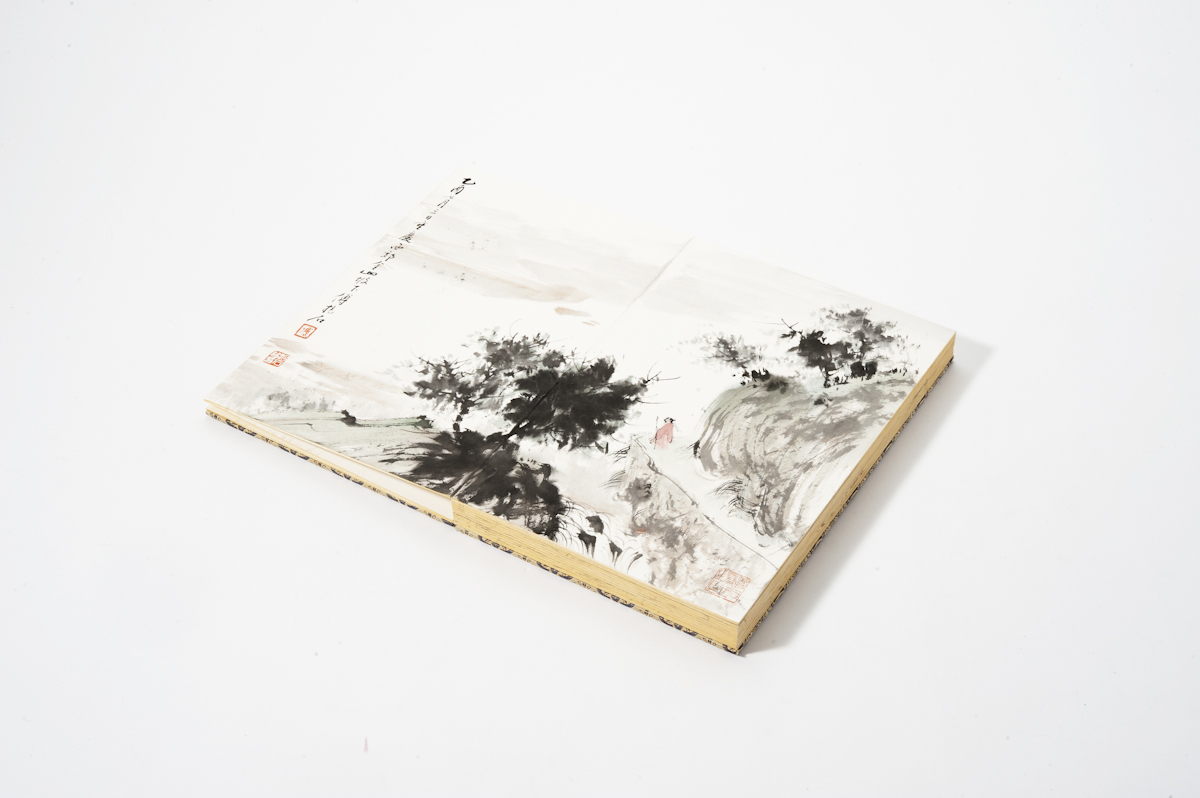 An album containing watercolours in the style of Fu Bao Shi (1904-1965)
Dated 1945
With ten landscapes, each on two pages. Titled: Fu Baoshi xiansheng shanshui zhenpin ci (an album with extraordinary landscapes by mister Fu Bao Shi). On the last page the album is dated: ‘3 July of the year yiyou (1945) in Chongqing (the governmental centre during the Second World War) at the bottom of the hill west of the city, Fu Baoshi’, with seals.
H. 32 cm / B. 43 cm (each landscape)
Provenance:
Bought in China by a Dutch collector in 1988. With original invoice.
N.B.:
Fu Bao Shi was not only a painter, but also a seal-cutter and even wrote about the seals of Qi Baishi’s.