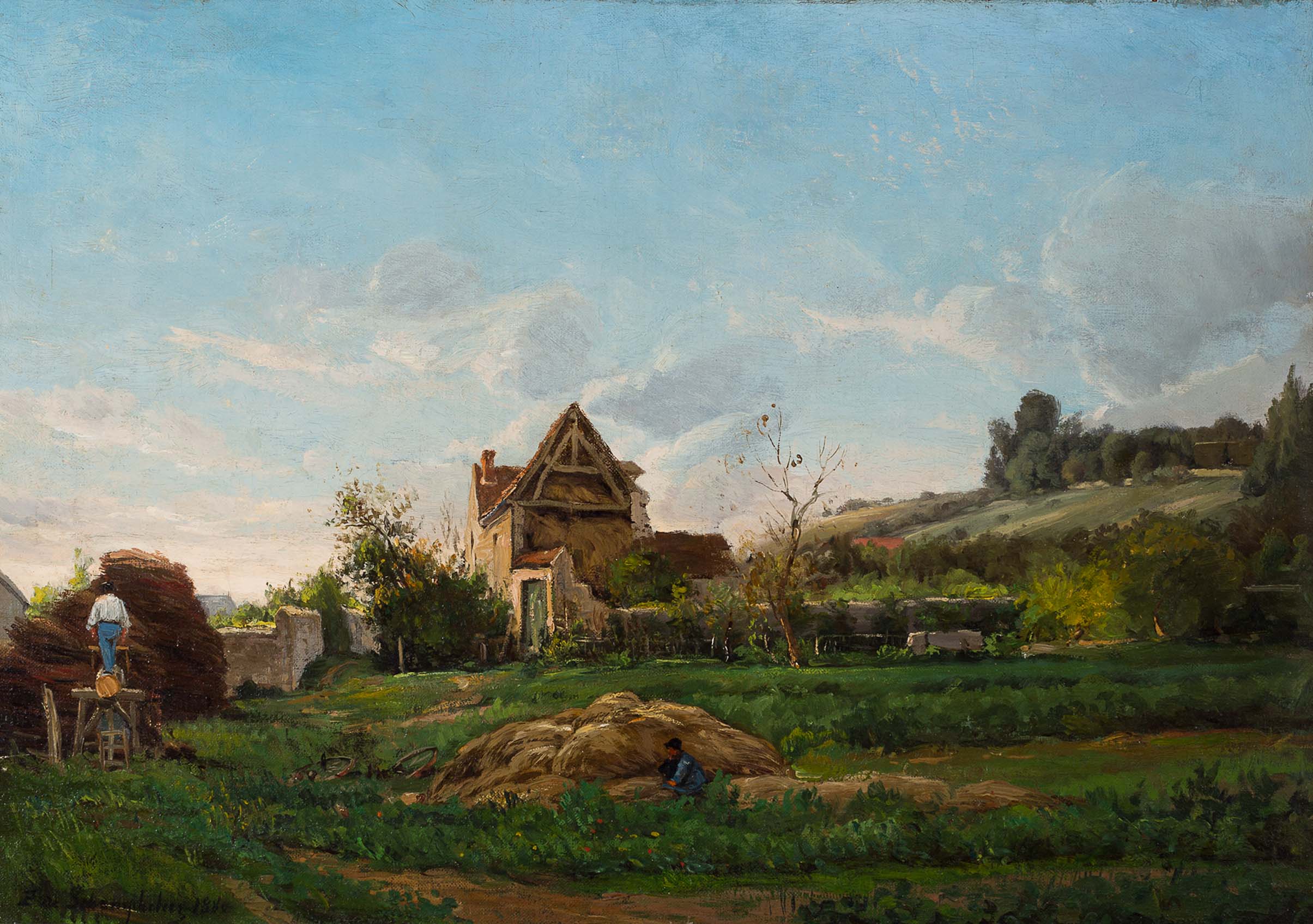 Edmond de Schampheleer
(Brussels 1824 – Sint-Jans-Molenbeek 1899)
Baling hay in the valley
Signed and dated 1880 l.l.
Oil on canvas on panel, 41.8 x 59.1 cm
Provenance:
– Galerie Georges Giroux, Brussels
– Auction Christie’s Amsterdam, 12 October 1999, lot 46
– Private collection, The Netherlands
N.B.:
Edmond de Schampheleer received an education at the Académie des Beaux-Arts in Brussels, which he continued at the Koninklijke Academie voor Schone Kunsten in Antwerp. An adherent of the realism movement he started off by concentrating on painting landscapes. Heavily influenced by the Barbizon School and Théodore Fourmois (1814-1871), a pioneer of nineteenth century Belgian landscape painting, de Schampheleer concentrated on painting nature en-plein-air, in which light and atmosphere take the lead. As most landscape painters de Schampheleer travelled to various artist’s colonies, including Munich, Dordrecht and Barbizon, where he established close ties with the ‘Payagistes’ working there. He also stayed at Oosterbeek, which was considered the Dutch Barbizon, where his style was further influenced by seventeenth-century Dutch landscape painting. De Schampheleer also regularly visited the heath landscapes of Schenk and was classified as part of the Genk School, together with Fourmois, Théodore Baron (1840-1899) and Alphonse Asselbergs (1839-1916).