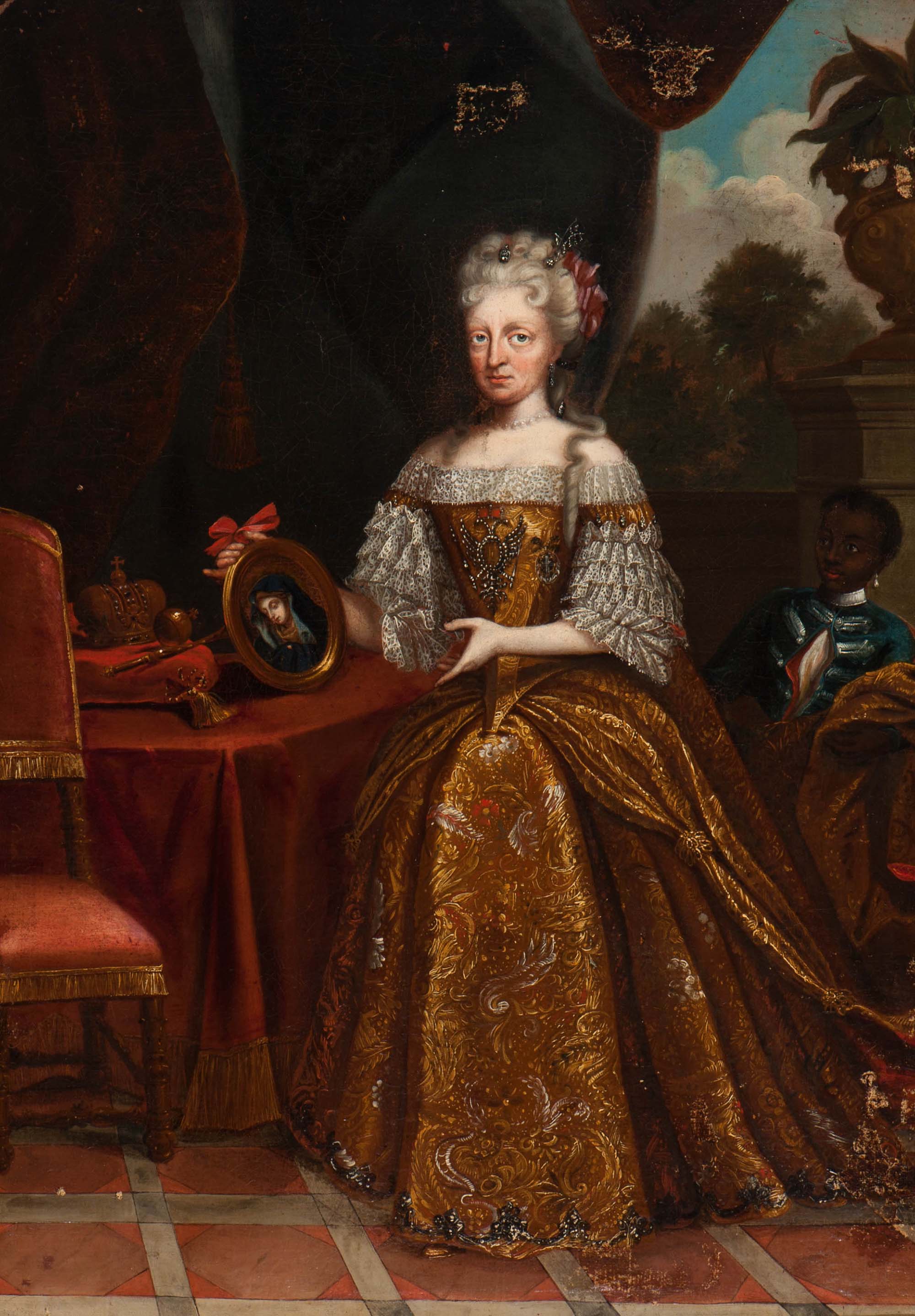 German School
(First quarter 18th century)
Portrait of Archduchess Maria Elisabeth of Austria
Oil on canvas, 84.1 x 61.4 cm
N.B.:
Maria Elisabeth of Austria (1680-1741) was appointed governor of the Southern Netherlands by her brother, emperor Charles VI of the Holy Roman Empire in 1724, which after the Spanish War of Succession and the Treaty of Utrecht (1713) were awarded to the Austrian Hapsburgs. In Brussels she held a large court and promoted the arts of music. In administrative matters she proved to be determined, practical, but also wayward.