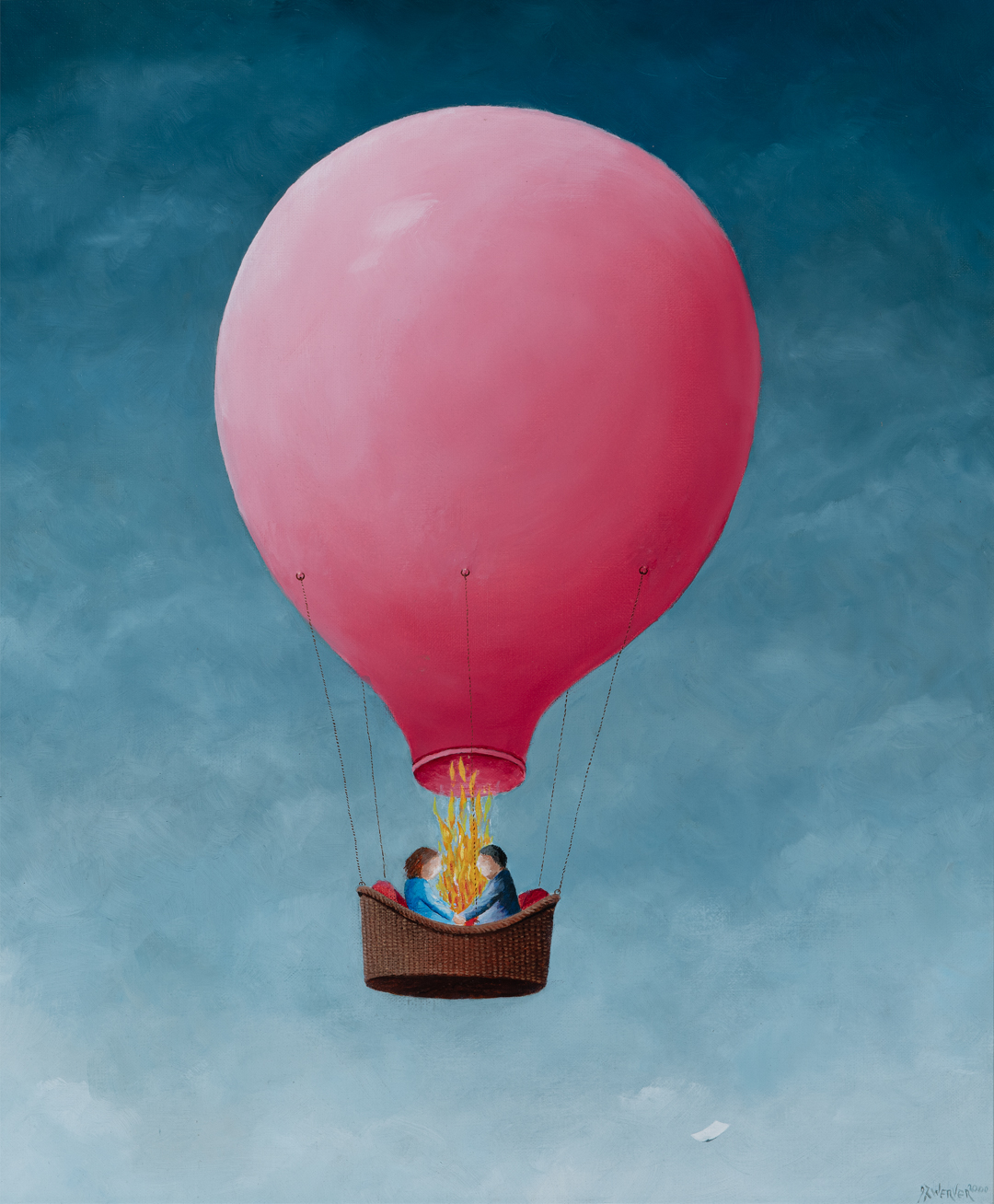 Dolf Zwerver
(Nijehaske 1932 – Utrecht 2010)
De Verliefden (The Lovers)
Signed and dated 2000 lower right
Oil on canvas, 60 x 50.3 cm
Provenance:
– Kunsthandel Juffermans, Utrecht (2003) (incl. copy of invoice)
– Private collection, the Netherlands
Note:
From the late 1950s onwards, the self-taught artist focused on a career as a painter and was ‘discovered’ in 1965. Zwerver’s oeuvre is characterised by dreamy, reflective paintings. Initially he was therefore classified as a Naïve artist (a person who lacks the formal education and training that a professional artist undergoes). In Zwerver’s work a world of tranquil gardens, mazes and forests, forms a recurring backdrop – often referring to the artist’s youth. The silence of the Rhijnauwen estate near Utrecht is also such a source of inspiration. His best-known work is Groot Trieluik Sanssouci with dozens of fairy-tale figures and animals, on which he worked a total of ten years of his life. Zwerver’s work can be seen in the Centraal Museum in Utrecht and the Rijksmuseum Amsterdam, among others.