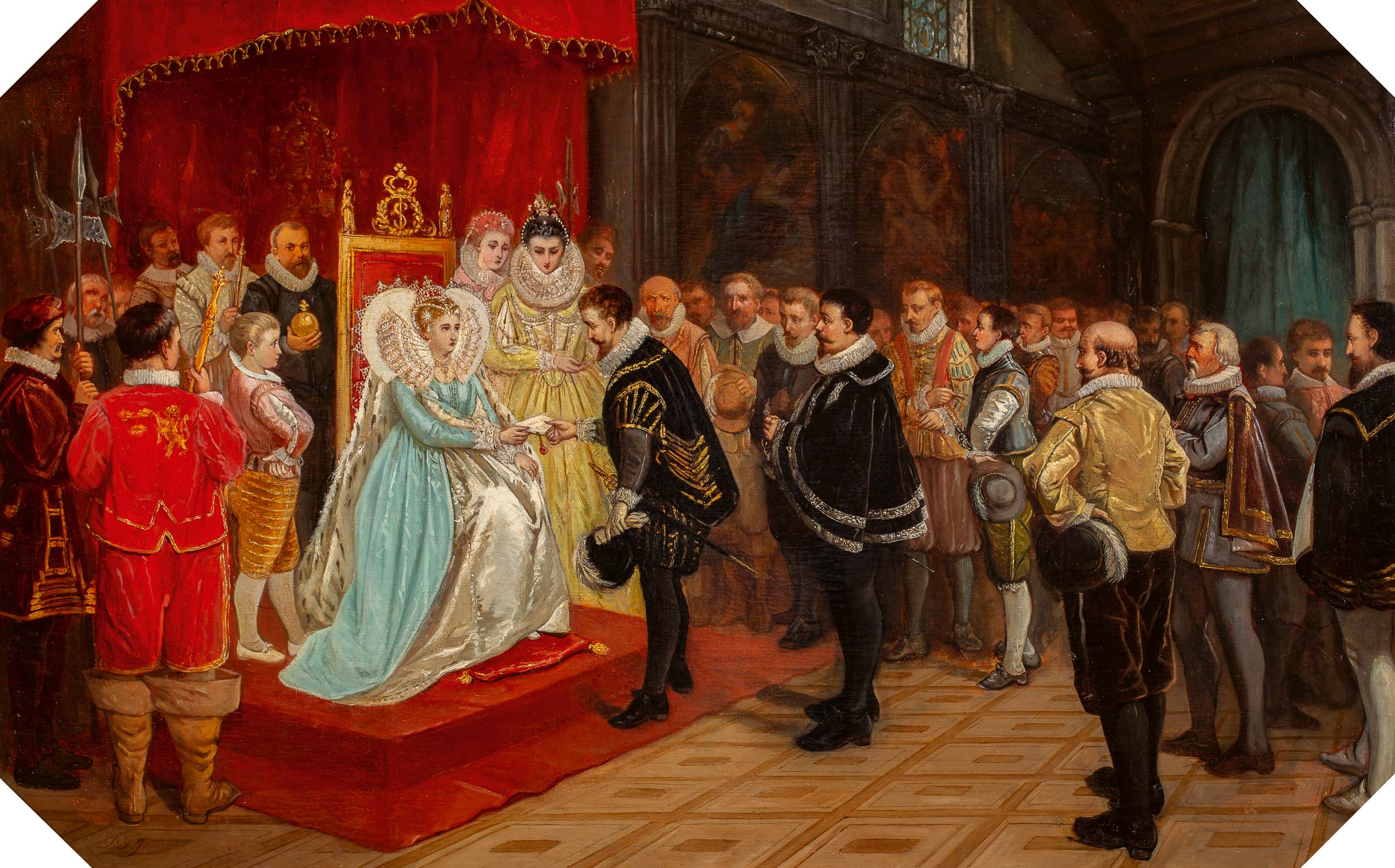 Diederik Franciscus Jamin
(Amsterdam 1838 – 1865)
A queen holding audience
Signed lower left
Oil on canvas, 64.7 x 102 cm
Provenance:
– Auction Christie’s, Amsterdam, 29 April 1997, lot 266
– Auction Sotheby’s, Amsterdam, 17 April 2000, lot 89
– Private collection, the Netherlands
Note:
The central enthroned lady is disguised in a dress made of high-status silver chamblet silk and embroidery including gold and silver thread. The law during the Tudor period meant that only the very highest levels of nobility and royalty were allowed to wear dresses that contained gold and silver. The distinct evidence of pattern cutting seems to indicate that the painting depicts a scene evolving around Elizabeth I, Queen of England and Ireland – sometimes called the “Virgin Queen Gloriana”.