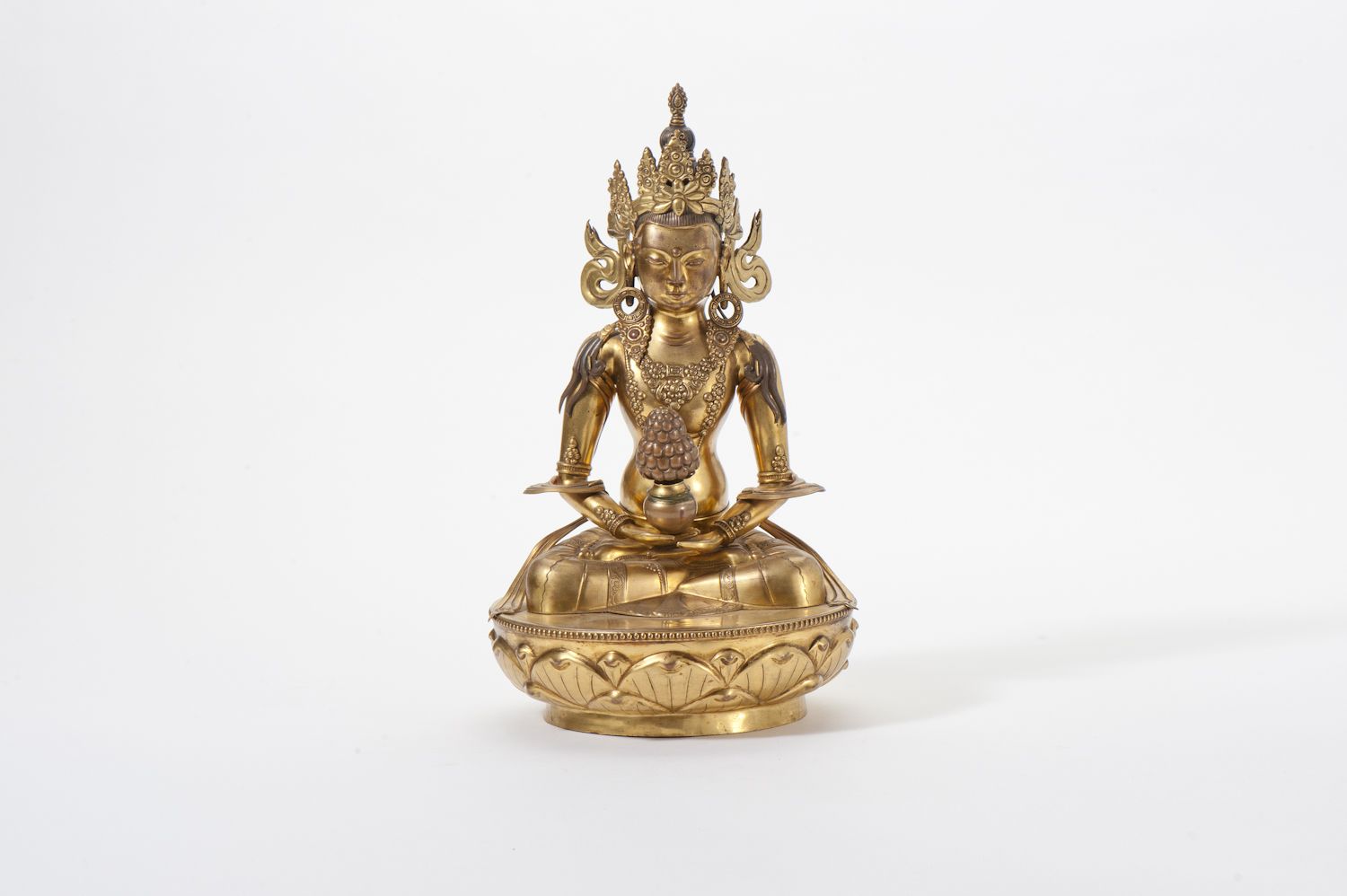 The Bodhisattva Amitayus
Gdansk, Poland, 1912
This figure of Amitayus is one of a thousand sculptures made in commission as part of a 1000-part offering for the occassion of the independence of Mongolia in 1912. The sculptures were probably made for the Megzid Janraiseg monastery in Ulaanbaatar, built to honour the independence.
H. 41.5 cm
Provenance:
Collection Rossi & Rossi Ltd, London
Collection Jan Brummelhuis, Amsterdam
Literature:
A similar sculpture is published in the catalogue of the exhibition: Die Mongolen, Haus der Kunst, Munich, 1989.
Published by Pinguin-Verlag, Inssbruck (page 183)

N.B.:
The history of these sculptures is extraordinary. Artisans usually came from China. After the Manchu occupation it was unthinkable to commission a Chinese artisan to make these sculptures. After a long search the patrons found a clock foundry in the Polish city of Gdansk. Here the thousand statues were cast. Nearly all of them were destroyed in the ninteen thirties, only a few could be spared.
This is one of those rare sculptures. Amitayus is the Bodhisattva form of the Buddha Amithabha.