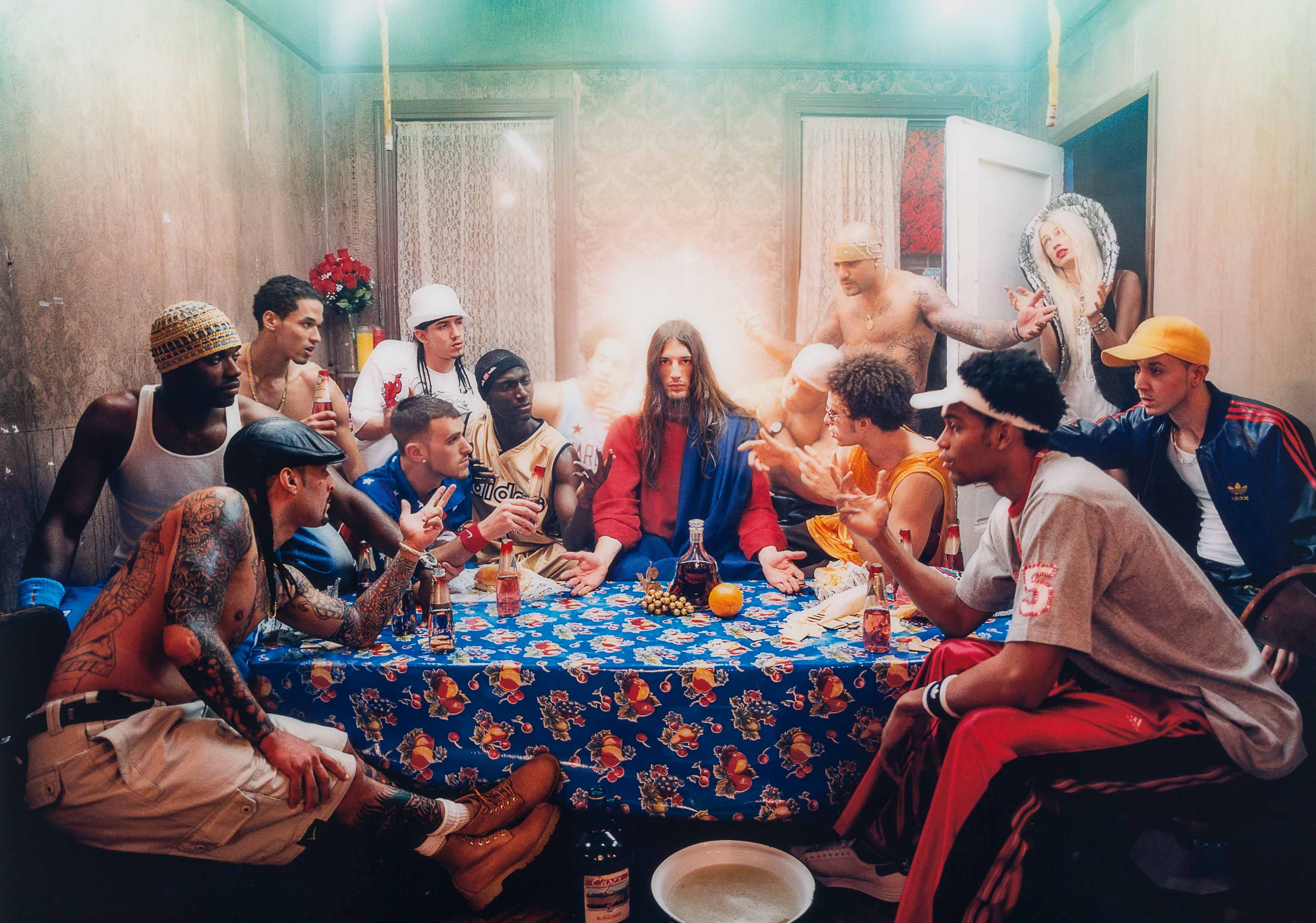 David LaChapelle
(Fairfield 1963)
Jesus is my homeboy: Last Supper
Edition of 3/3
C-print (diasec), 121.6 x 166.6 cm
Provenance:
– Reflex Modern Art Gallery, Amsterdam
– Private collection, the Netherlands
N.B.:
LaChapelle started his carreer photographing for Andy Warhol’s magazine Interview, but because of his innovative approach he soon became one of the most influential photographers in the world. His spectacular, colourful and often controversial portraits of celebrities have grown to be archetypal symbols of our time. From April 12 untill October 28, the Groninger Museum shows LaChapelle’s first Dutch solo exhibition, with over 70 works from his oeuvre shown.