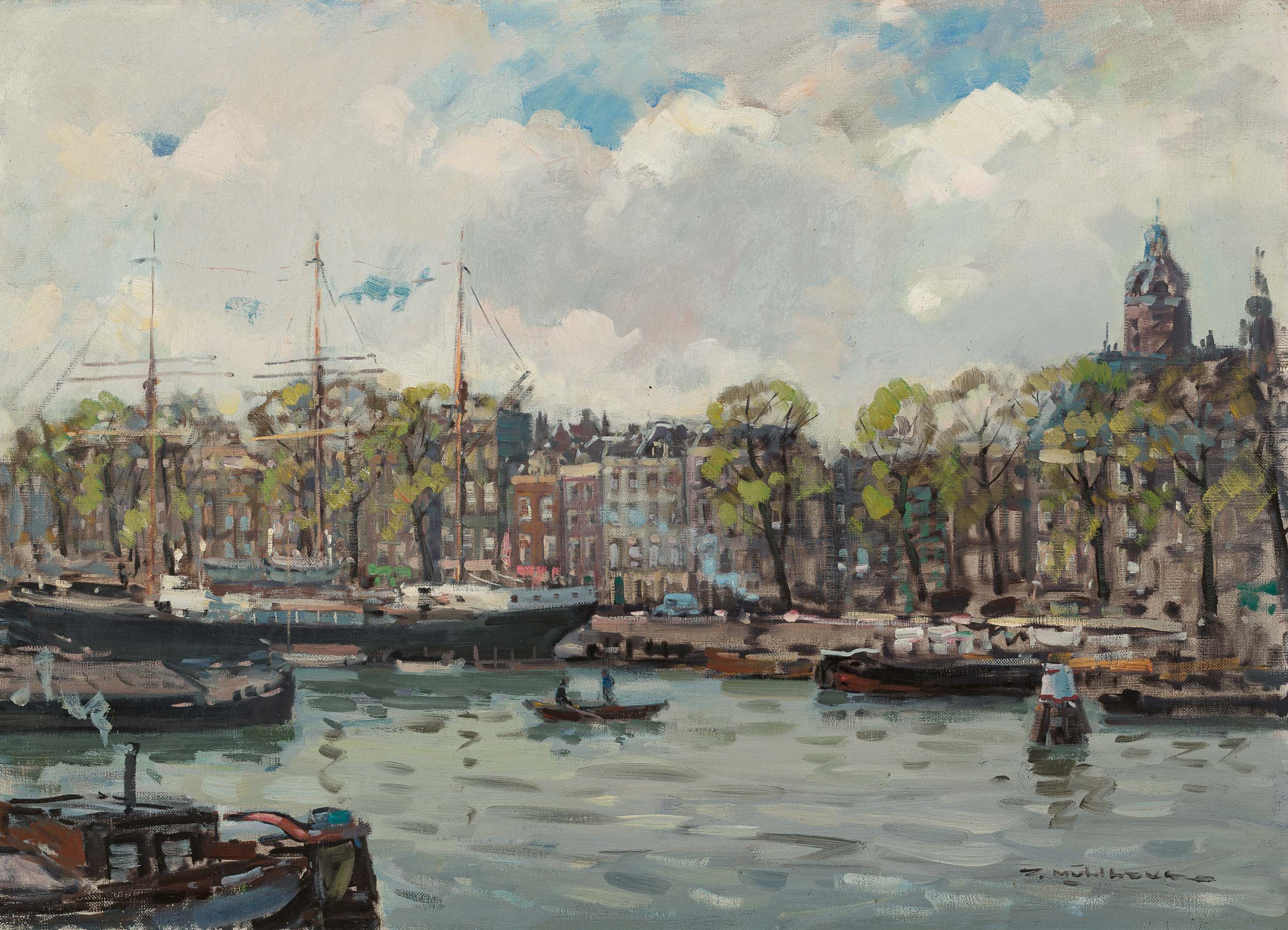 Daniel Mühlhaus
(Dordrecht 1907 – 1981)
Oosterdok With Pollux
Signed lower right
Oil on canvas, 50.1 x 70.1 cm
Note:
This painting is a view of the Oosterdok in Amsterdam with the three-masted ship Pollux on the left. In 1849, the ‘Nederlandsche Zeil- en Roeivereniging’ founded the ‘Matrozen Instituut’, a training institute for sailors. The Pollux was used as a training ship for this institute and was mainly docked at the Oosterdokkade, in the vicinity of the train station and city centre.
The original Pollux ship was a picturesque two-masted ship that was replaced by this new vessel in 1941. The replica was moved to IJmuiden in 1989 but returned to Amsterdam again in 2012, where it is still located at the NDSM site.