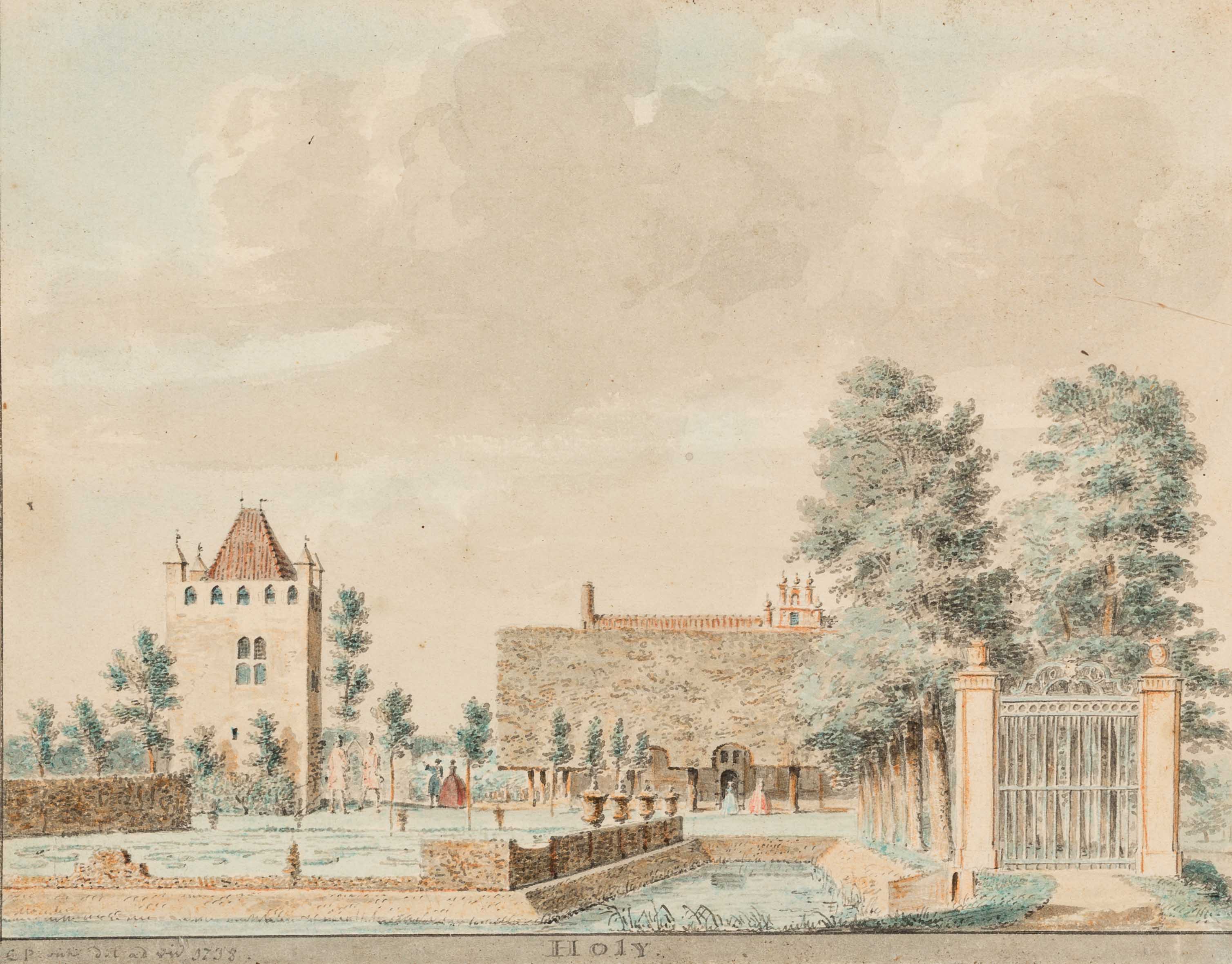 Cornelis Pronk
(Amsterdam 1691 – 1759)
Castle Holy in Vlaardingen
Signed and dated 1738 l.l.
Annotated Holy l.m.
Ink and watercolour on paper, 14.8 x 18.9 cm
Provenance:
– Neuville & Vivien, Paris
– Private collection, Paris
N.B.:
Circa 1240 the two brothers Van Hoylede had two castles built in Vlaardingen with only five hundred meters between them, namely castle Holy and the Joffer Aechtenwoning. The Castle Holy stood for a long time, but was lost by fire in the eighty years’ war. The owner at the time had the tower rebuilt in a contemporary style, but around 1860 the castle and the farmstead as shown in the work by Pronk were demolished. Only the surviving depicted gate and the district of the city of Vlaardingen by the name of Holy serve as a reminder of this lost motte-and-bailey castle.