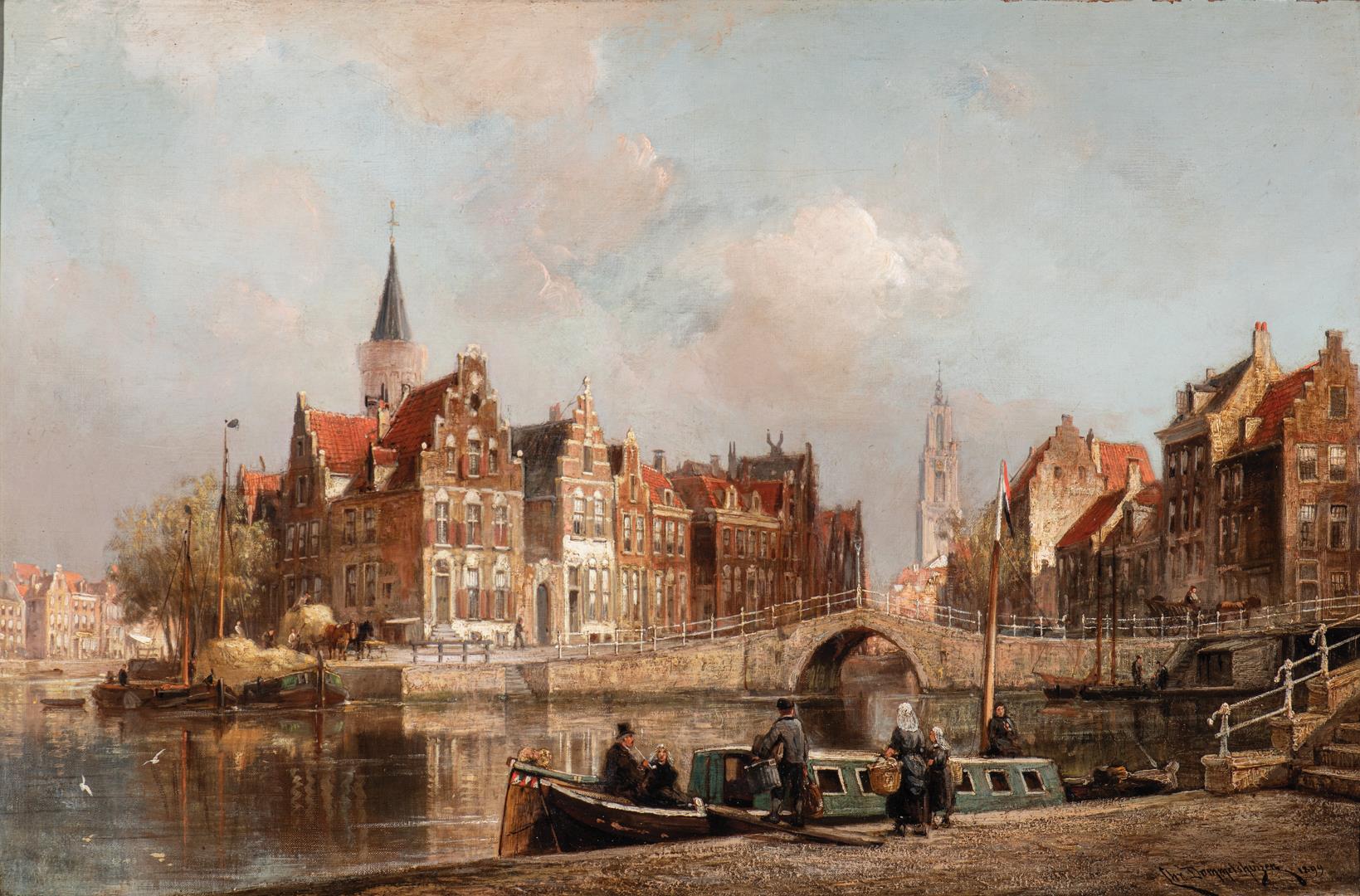 Cornelis Christiaan Dommersen
(Utrecht 1842 – The Hague 1928)
Old Canale at Delft Holland
Signed and dated 1899 lower right
Titled on the reverse
Oil on canvas, 51.6 x 78.7 cm
Provenance:
Private collection, Scotland
Note:
Dommersen, born as Cornelis Christiaan Dommelhuizen, often signed his works with Dommersen. He specialised in sea and riverscapes and coastal scenery as those paintings had found a revival during the nineteenth century. He travelled abroad to countries such as England, America, Belgium and France, just like his countryman Abraham Hulk Senior did. However, in the end he found satisfaction painting not only river and seascapes in the Netherlands but also the interior of villages and towns along the rivers – Delft was much loved by the artist.