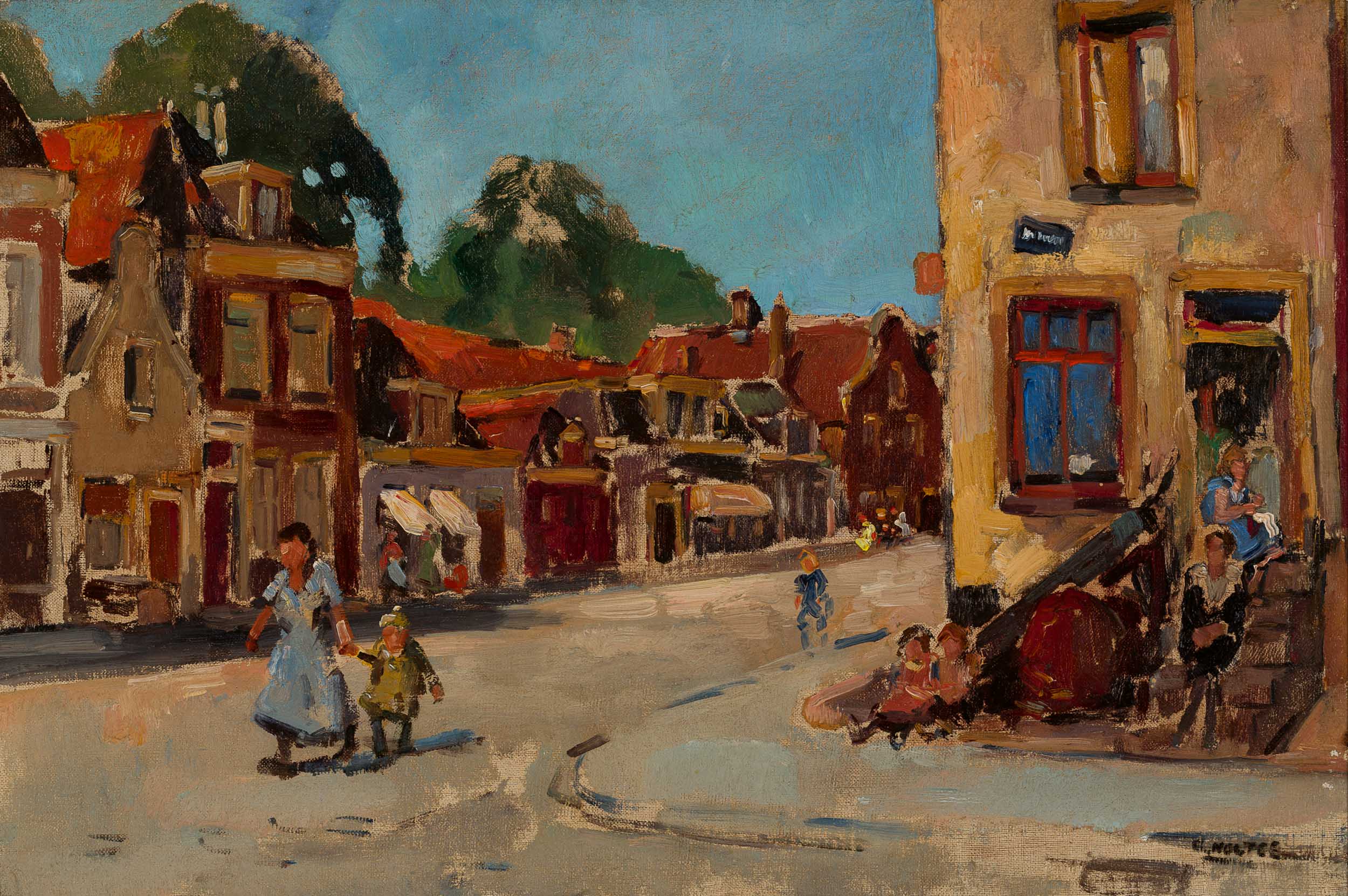 Cor Noltee
(The Hague 1903 – Dordrecht 1967)
Near the Nieuwkerk, Dordrecht
Signed lower right
Oil on canvas, 41.2 x 62.4 cm
Provenance:
– Auction Christie’s Amsterdam, 4 February 2004, lot 217
– Kunsthandel Simonis & Buunk, Ede (inv. no. 9375/Kh.bv)
– Private collection, the Netherlands
Note:
Cor Noltee was educated at the academy in The Hague, where he was especially influenced by Willem de Zwart (1862-1931). He depicted his landscapes, river views, cityscapes, portraits and genre scenes in a naturalistic-impressionistic style. After he had lived and worked in The Hague, Paris, Rotterdam and Bruges, he settled down in Dordrecht in 1937, where he was captivated by the characteristics of the city and its waters. He then abandoned his historical themes and focussed entirely on the atmosphere of the historic centre of Dordrecht and the Biesbosch.