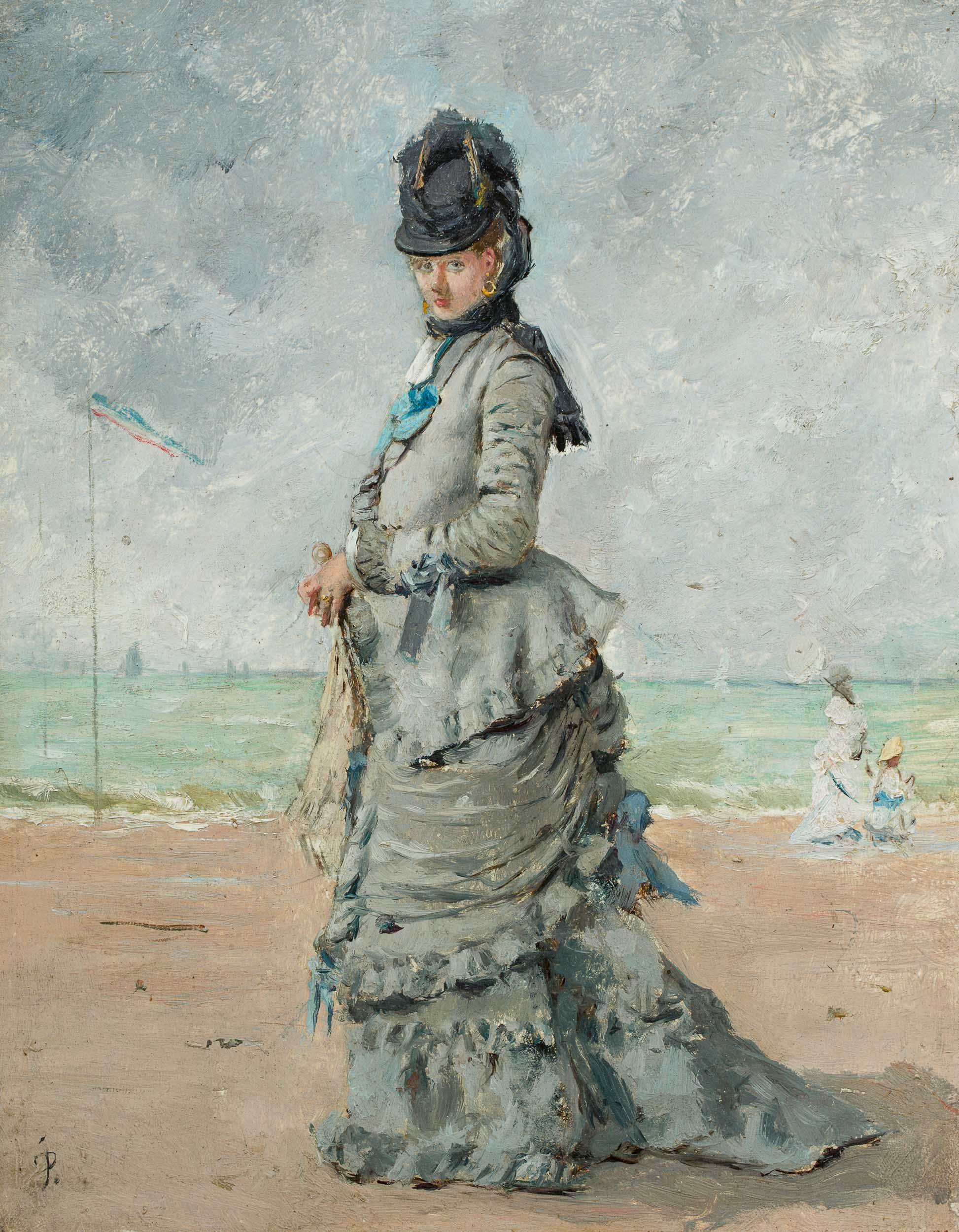 Circle of Frederik Hendrik Kaemmerer
(Second half 19th century)
Lady by the Sea
Signed with monogram lower left
Oil on panel, 23.1 x 18.9 cm
Provenance:
Private collection, Brussels
Note:
This work shows a monogram on the lower left, which possibly points to the artist Émile Auguste Pinchart (1842-1924). Pinchart was, as well as F.H. Kaemmerer (1839-1902), apprenticed to the French painter and sculptor Jean-Léon Gérôme (1824-1904), about whom was often said that he was “arguably the world’s most famous living artist by 1880”. The paths of Pinchart and Kaemmerer crossed repeatedly after their time at the Académie. In March 1965, Pinchart stayed at the Parisian Hotel d’Amsterdam for a few days, which is mentioned in one of Kaemmerer’s letters to his father. A year later the two gentlemen shared an apartment on Rue du Dragon 33, Paris. Both remained artistic friends for a long time.