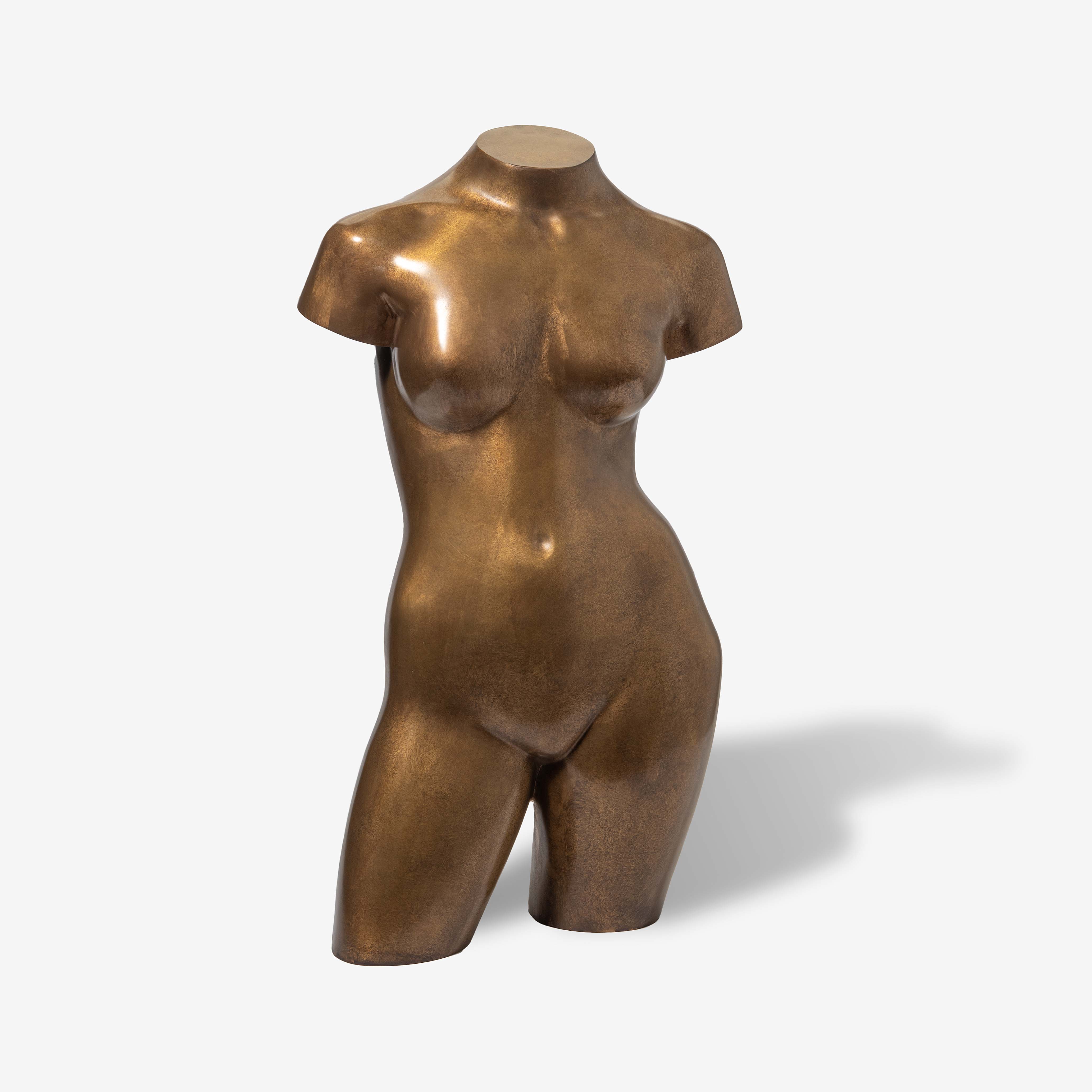 Charlotte van Pallandt
(Arnhem 1898 – Noordwijk 1997)
Tors (1930)
Signed on right leg and with foundry mark Binder Bronsgietery on left leg
Bronze, H. 80.4 cm
Provenance:
– Kunsthandel Lambert Tegenbosch, Heusden (incl. original label)
– Private collection, the Netherlands
Literature:
L. Tegenbosch & M. Koekkoek, Charlotte van Pallandt: Beelden en Tekeningen, W-books, Zwolle, 1994, p. 97, no. 6 (ill. & ill. on the inside of the cover)
Note:
In the book Charlotte van Pallandt: Beelden en Tekeningen (1994) the following is written about the origin of the Tors:
After a second Cubist portrait of Femie, Leaning on the Elbow, 1929, Van Pallandt is convinced to learn how to faithfully portray the human body. She regarded this as part of the professional knowledge that was pivotal to become a sculptor. After a failed attempt with a true-to-life male nude, she started looking for a beautiful plastic female model for each advertisement. The young sculptor has deliberately surrendered herself to a certain task: the imitation of the model – with the outcome as can be seen here.