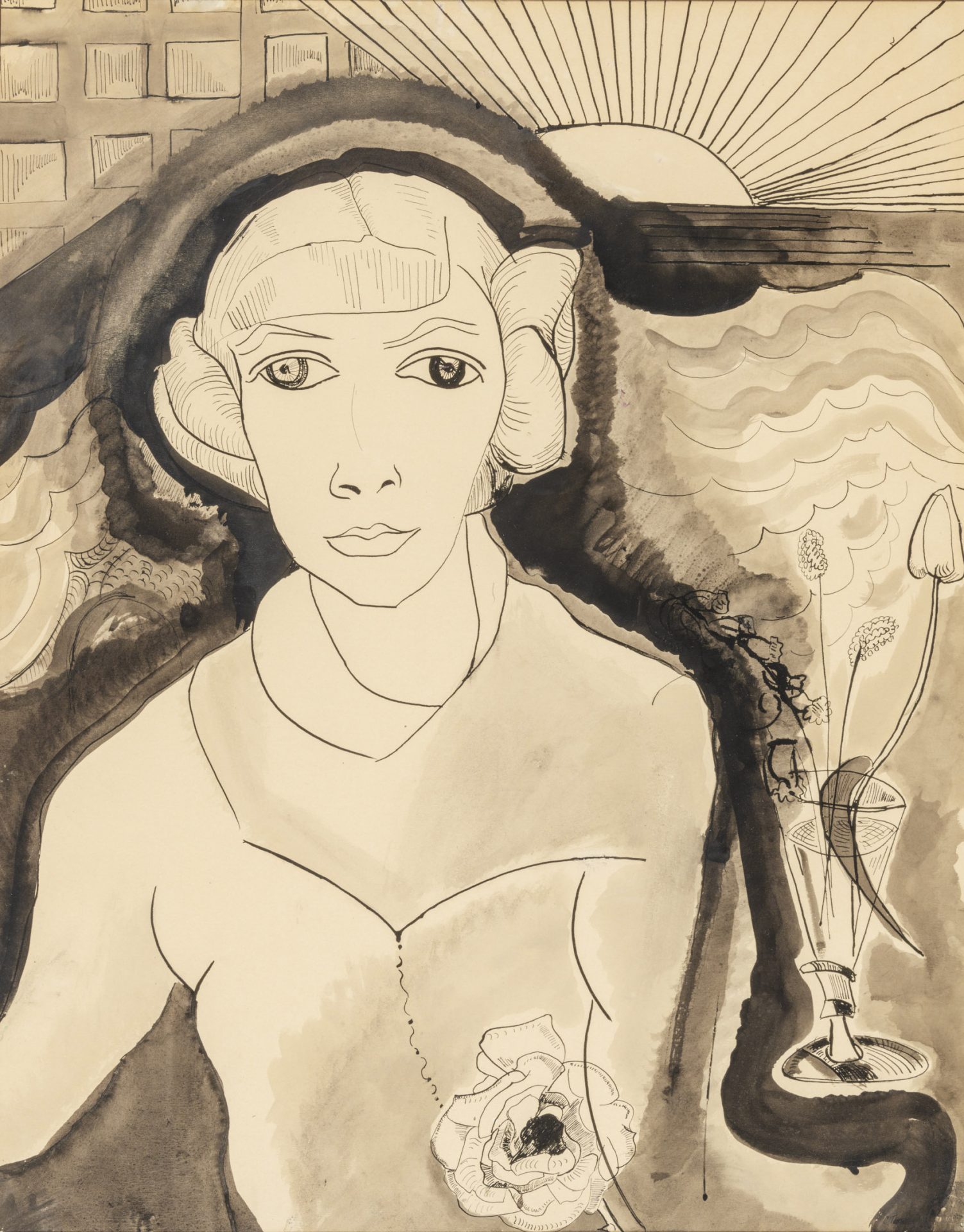 Charley Toorop
(1891-1955)
Girl with Flowers
Signed lower right
Ink on paper, 63.9 x 49.7 cm
Note:
No other woman has had so much influence on Dutch culture in the first half of the 20th century as Charley Toorop. She had strong friendly relationships with A. Roland Holst, Henriëtte Roland Holst, Arthur Lehning, Marsman, Mondriaan, Van der Leck, Rädecker, and Zadkine, among others. She made contacts everywhere and helped others experience new influences. Her studio was a meeting point for many in the cultural world.

Toorop was not only influential as the central figure in the cultural world; as a painter, she has also left her traces. As a self-taught artist, Charley Toorop developed a highly personal, robust painting style. She mostly painted portraits, such as this present lot. From the beginning of her artistic career, Charley Toorop depicted people with unnaturally large eyes and a piercing gaze. When she was living in Paris in the 1920s, she visited the Musée Guimet, where she became acquainted with the ancient Egyptian tradition of Fayoum portraiture, in which deceased persons were depicted naturalistically in a frontal position with large staring eyes. Toorop was greatly inspired, and from then on, she painted her sitters in a predominantly frontal position and again with that fixed gaze. This woman is depicted in a way that is very typical of Toorop’s: the eyes are unsymmetrical, as in many of Toorop’s portraits. She did not paint people as any more attractive than they were. Indeed, she would often accentuate asymmetries or furrows in a face. In this way, she did not create an idealised portrait but rather placed emphasis on authenticity and personality.

According to A.M. Hammacher, who knew the artist personally, Toorop’s strength lay in her successful attempt to wrest Dutch art out of the sphere of intimacy, transforming objects and people into monumental phenomena. This statement can certainly be demonstrated by the present lot.
* Condition report available upon request