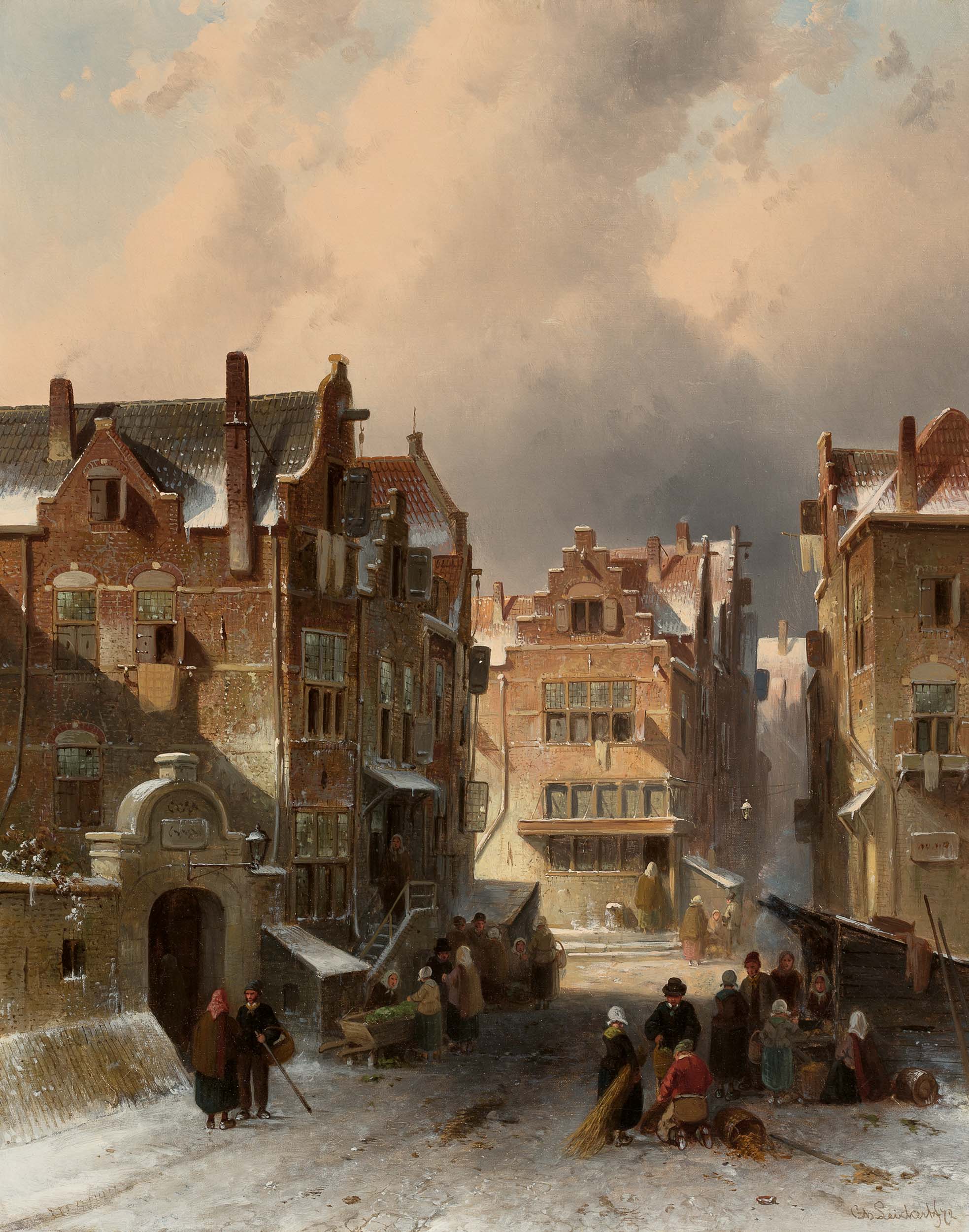 Charles Leickert
(Brussels 1816 – Mainz 1907)
Activity in the Jewish Quarter, Amsterdam
Signed and dated 72 lower right
Oil on canvas, 70.2 x 55.8 cm
Provenance:
Private collection, the Netherlands
Note:
Charles Leickert was a Belgian painter of Dutch landscapes. As a child he moved to the Netherlands with his parents where he started his education at the academy in The Hague. He was first taught painting under the supervision of landscape painters Bartholomeus Johannes van Hove (1790-1880), Wijnand Nuijen (1813-1839) and Andreas Schelfhout (1787-1870). With the education and influences of these well-known painters, in combination with Leickert’s innate talent, it is not surprising that Leickert quickly became a highly successful artist.

Leickert was specialised in winter scenes and equally well-known for numerous cityscapes, such as this impressive winter landscape with a view of the former Jewish Quarter in Amsterdam that he painted at the height of his artistic career. Just like his contemporaries, such as Salomon Verveer (1813-1876) and Petrus Vertin (1819-1893), he was fascinated by the picturesqueness of this neighbourhood. This painting is a wonderfully executed work that demonstrates Leickert’s beautiful handling of light and attention to detail. He depicts the buildings, a street market and the freezing cold of a winter’s day in a striking and atmospheric way. Leickert was a master of these popular winter scenes and Activity in the Jewish Quarter, Amsterdam is indeed a great example of his masterful skills.