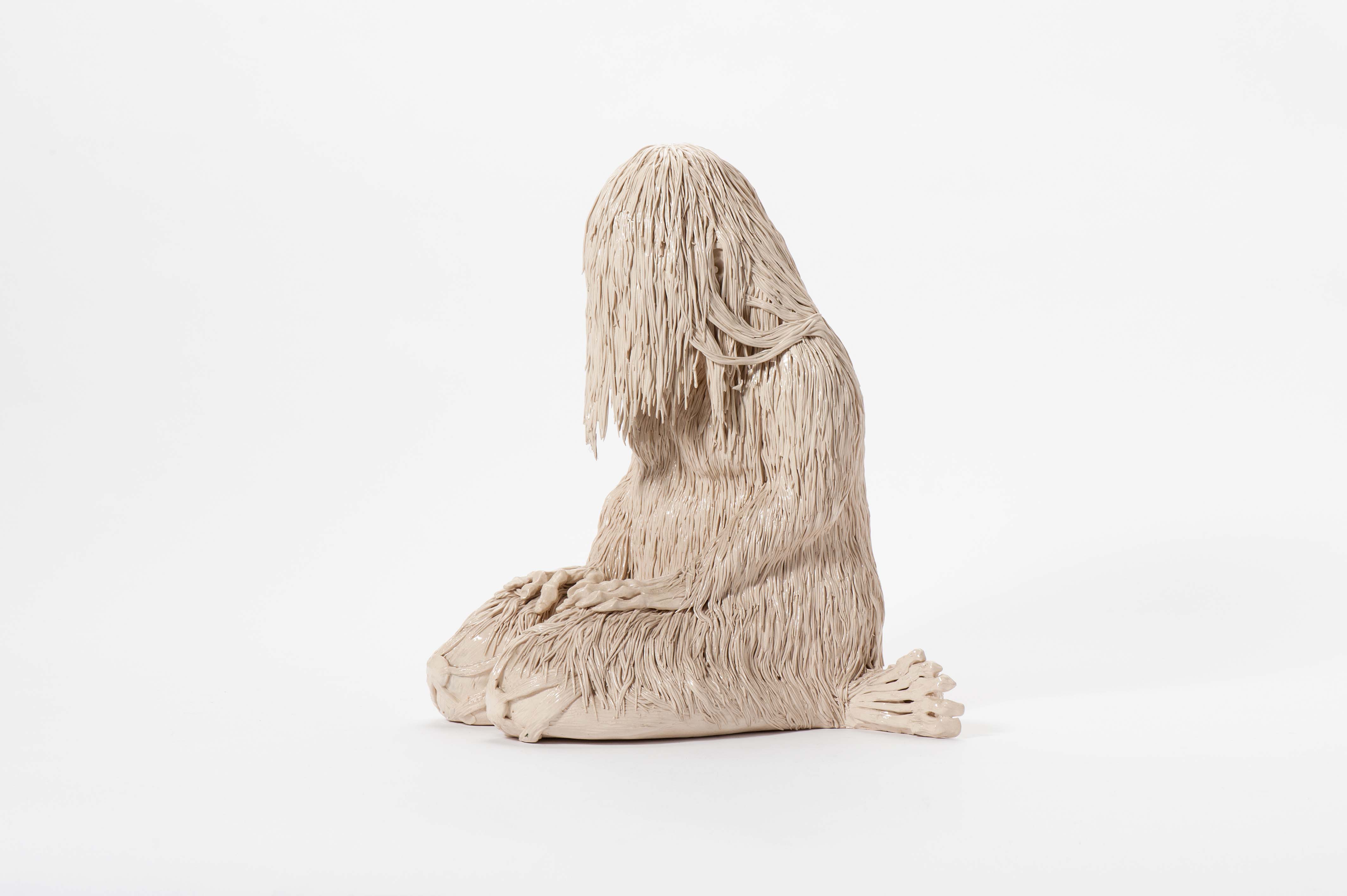 Carolein Smit
(Amersfoort 1960)
Magdalena 2006
Ceramic, H. 47.5 cm
Provenance:
– Gallery Brutto Gusto, Rotterdam (2006)
– Private collection, The Netherlands
N.B.:
Smit works figuratively and makes minutely detailed and decorated sculptures of, amongst others, dogs, rats, hares, skeletons, cats and babies. The creatures however all have human features. In 1993 Smit was awarded a honorary mention at the Prix de Rome awards, after which in 1999 she was awarded the Keranova-award for autonomous ceramic and a year later the Gemeente Breda Oeuvre award. Also in 2010 the exposition Huid en haar took place in the Kunsthal in Rotterdam. Smit was given much praise for her contribution to the sculpture park ‘Il Giardino di Daniel Spoerri’ by the Swiss artist Daniel Spoerri in Seggiano, this concerned a similar ceramic work, titled ‘Magdalene’s grotto’.