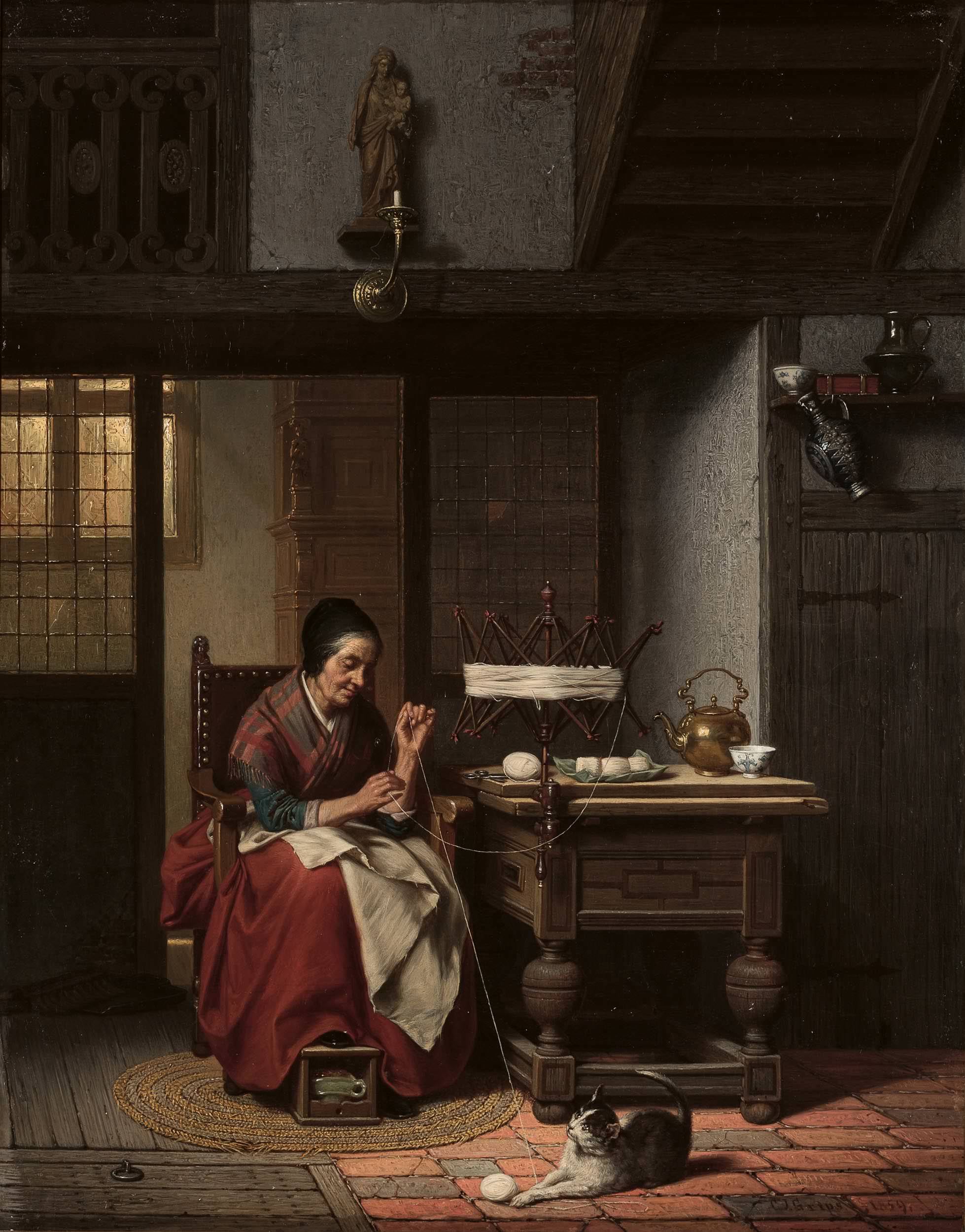 Charles Grips was born in Grave in 1825 and studied at the Antwerp academy. Not only did he work in Grave and Brussels, but also in Vught, where he became one of the most important Dutch genre painters of the 19th century.
His work is very reminiscent of the 17th century master Pieter de Hooch (1629-c.1684), which can clearly be seen in this painting by the use of light and arrangement of space. The sunlight streaming into the adjoining room and reflecting off the furniture creates a realistic sense of depth. Grips enlarges this effect through the use of parallel lines as can be seen in the table, chair, door and window; a method often used by De Hooch. The cat is a recurring subject in Grips oeuvre, symbolising domesticity and the feminine.