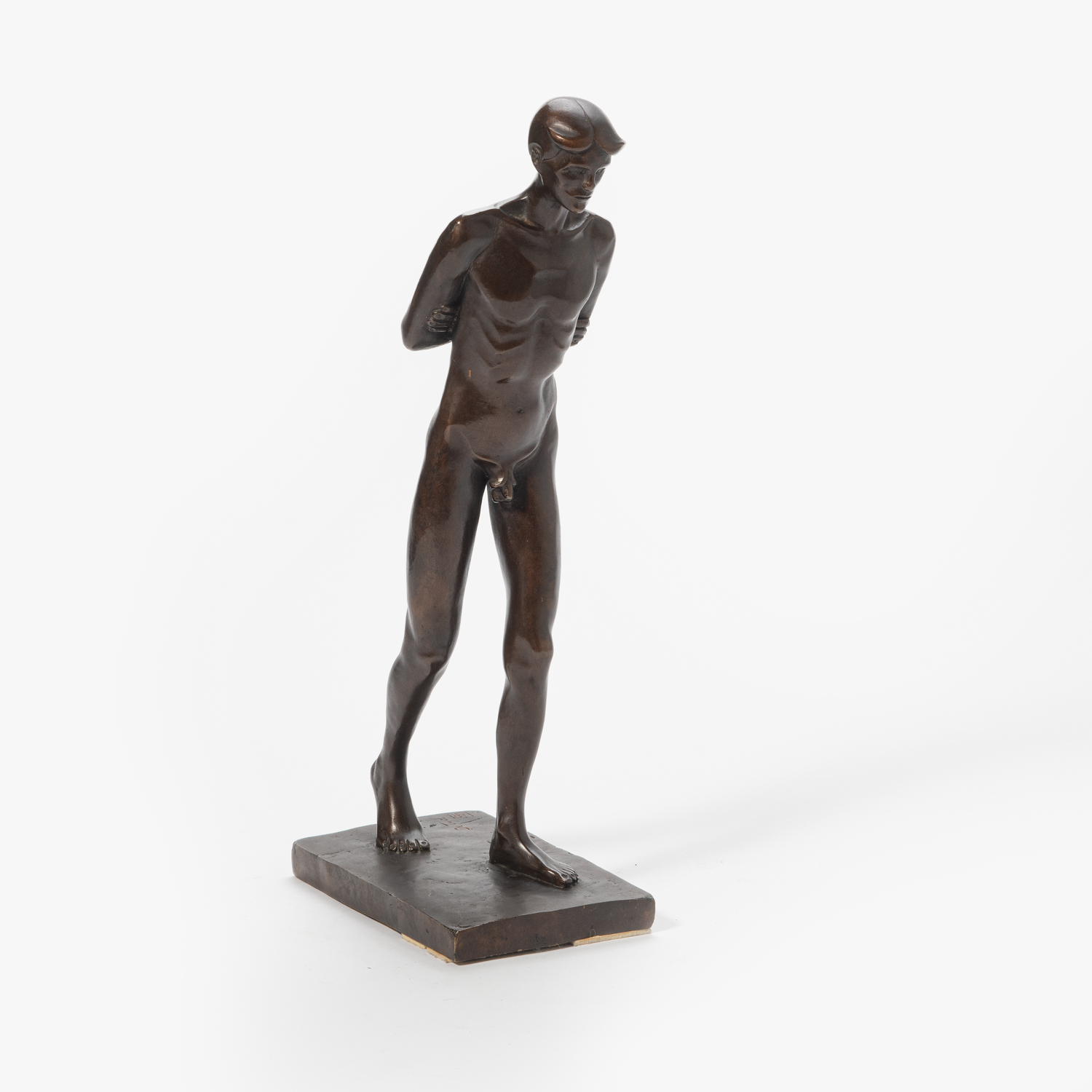 Bertha Koster-thoe Schwartzenberg
(Lodenau 1891 – Hilversum 1993)
De Tyd (The Time)
Signed with monogram and titled on the foot
Bronze, 36.8 cm
Note:
Bertha Koster-Thoe Schwartzenberg was a Dutch sculptor known for her portraits, human figures, and animal figures.
Her early art is quite strictly stylised and clearly shows the influence of Mendes da Costa (1863-1939), from whom she received private lessons. Her later sculptures are somewhat rounder and more fluid in shape. Although she has a small oeuvre, due to the unmistakable quality of her sculptures, Bertha is highly valued within Dutch sculpture of the first half of the 20th century.