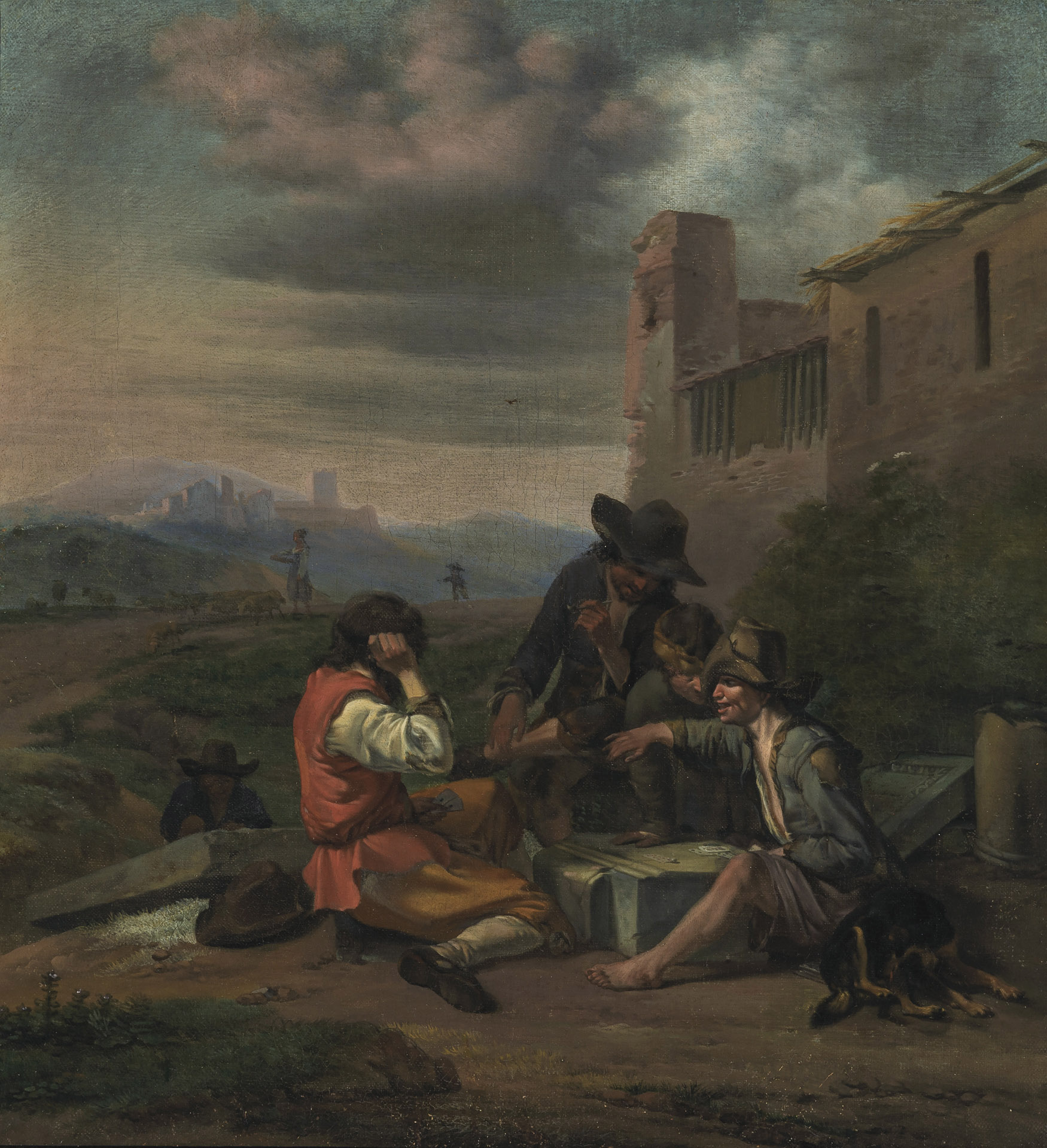 The Dutch painter Barend Graat was an Amsterdam painter of genre, historical scenes, and portraits. His rare early works are Italianate landscapes in the style of P. de Laer, who was also called ‘Il Bamboccio’ which means “ugly doll” or “puppet”. This was an allusion to Van Laer’s ungainly proportions. Van Laer’s work, which consisted of scenes from Italian folk life, gave rise to an entirely new genre of painting: the Bamboccianti. Although Graat never appears to have visited Italy himself, the current lot clearly falls under the Bamboccianti school.
* Condition report available upon request