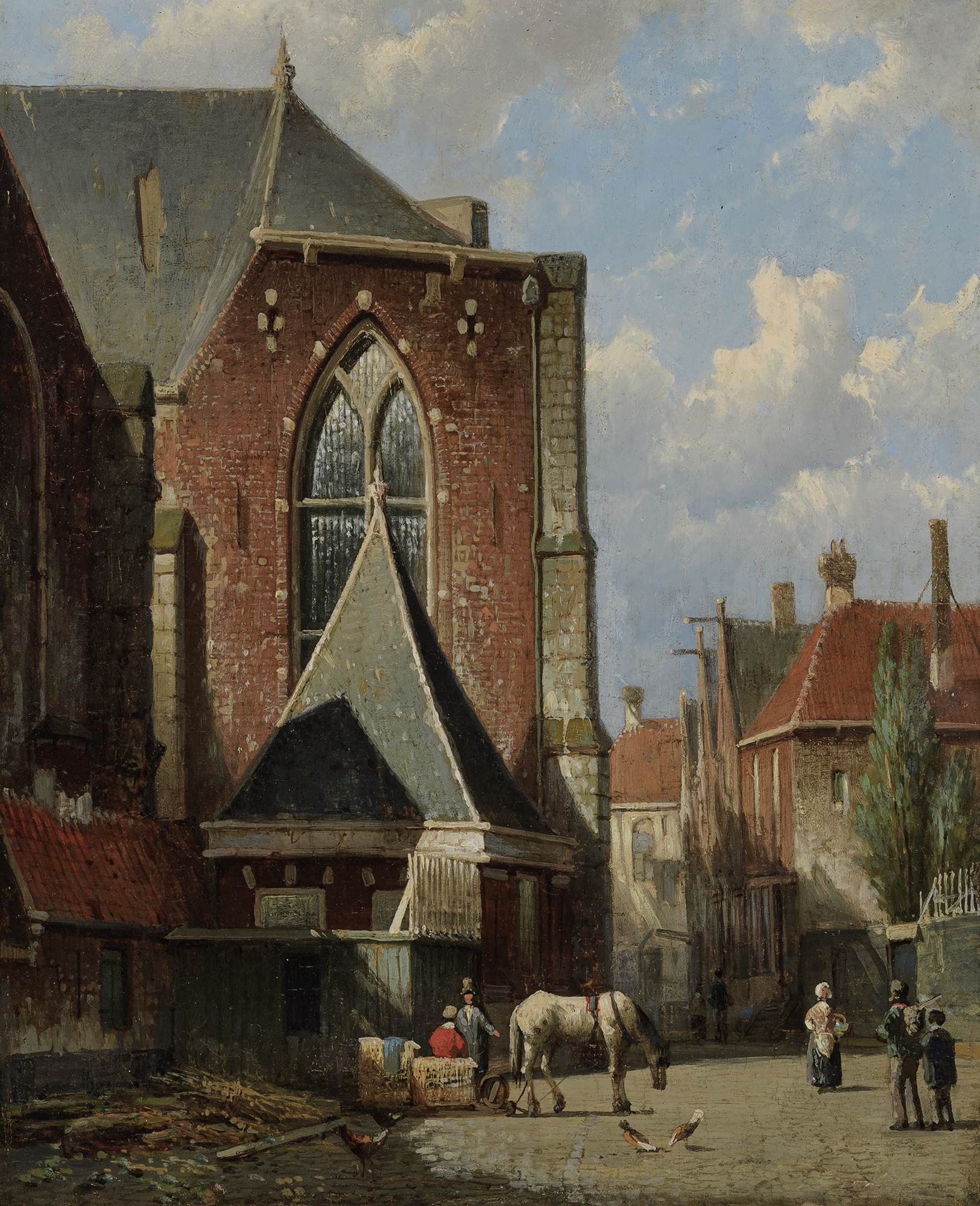 Attributed to Willem Koekkoek
(Amsterdam 1839 – Nieuwer-Amstel 1895)
View of the Oude Kerk at the Oudekerksplein, Amsterdam (c. 1855-1860)
Oil on panel, 35.4 x 29 cm
Provenance:
– Auction Van Braam, Amsterdam, 16 March 1943, lot 34
– Collection L.J. Batenburg, The Hague (1968)
– Auction Van Heyst e.a., The Hague (de Waart en Zn.), June 1968, lot 36
– Collection Mrs. A.A. Melotte-Beijersbergen
– Auction Van Marle & Bignell, The Hague, 17 December 1968, lot 51
– Galerie des Arts, The Hague (1969)
– Private collection, the Netherlands
– Auction Sotheby Mak van Waay, Amsterdam, 4-5 March 1974
Private collection, the Netherlands
Literature:
P. Overduin, Adrianus Eversen 1818-1897, Schilder van stads- en dorpsgezichten, Wijk en Aalburg, 2010, p. 41, ill.no. 42 & p. 227, cat.no. 35-7 (ill.)
Note:
For more than 80 years, it was assumed that this fascinating cityscape was one of Adrianus Eversen’s (1818-1897) earliest paintings. However, recent research has revealed that it can be attributed to Willem Koekkoek (1839-1895), an Amsterdam painter and contemporary of Eversen. This view of the Oude Kerk appeared to be one of the earliest paintings by Koekkoek, who became best known for his Dutch city and village views and was a member of the famous Koekkoek family of painters. The Old Church of Amsterdam, depicted in this painting, remained a recurring theme in his work.