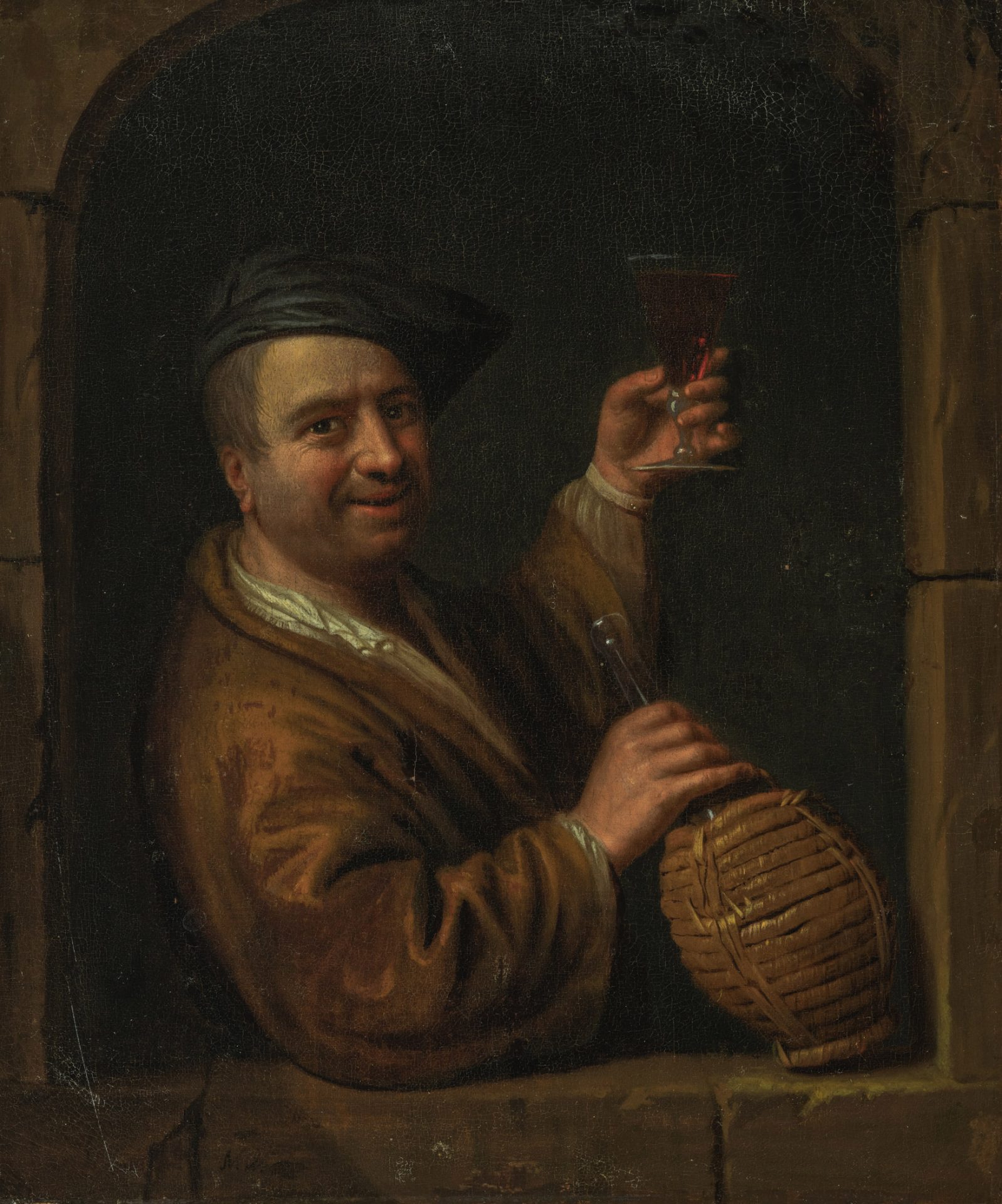 Attributed to Mathijs Wulfraet
(1648-1726)
The Merry Drinker
With monogram lower left
Oil on canvas, 39.6 x 32.8 cm
Note:
Mathijs Wulfraet was a Dutch painter of portraits and genre paintings. He was the son of a doctor from Germany who wanted him to follow in his footsteps. However, Mathijs was more attracted to the arts, and his father could not dissuade him. Eventually, he apprenticed him to Abraham Diepraam, who enjoyed a good reputation in Arnhem at the time. Wulfraet worked in Frankfurt am Main, and between 1681 and 1683 he moved with his family to Amsterdam, where he would live for the rest of his life. He taught his daughter, Margaretha Wulfraet, who also became an accomplished artist.
* Condition report available upon request