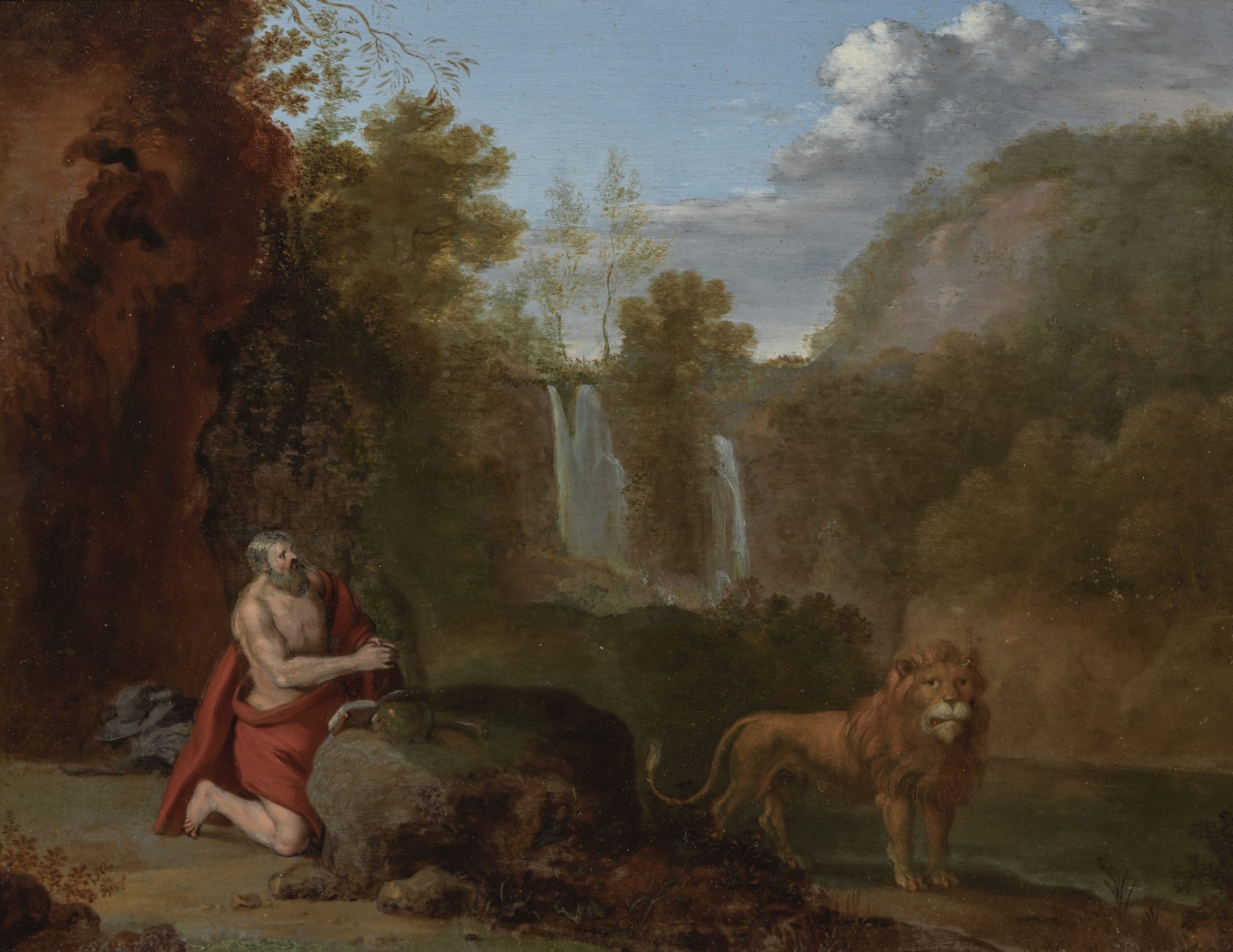 Attributed to Daniel Vertangen
(1601-1681)
Saint Jerome and the Lion
Oil on panel, 24.4 x 31.3 cm
Provenance:
Private collection, the Netherlands
Note:
Eusebius Sophronius Hieronymus, better known as St. Jerome, seems to have been the favourite saint of artists, who may have seen in him a kindred spirit, an archetype of the artistic soul. Albrecht Dürer devoted no less than six prints to him; Rembrandt created no fewer than seven etchings on the subject; and countless other artists depicted him either as a scholar in his study or as a hermit during his period of ascetic penance in the Syrian desert.

In this painting attributed to the Dutch painter Daniel Vertangen, Saint Jerome can be identified by the lion standing on a rocky outcrop, overlooking the landscape and guarding the saint’s secluded spot. The lion is not meant to be a symbolic figure but represents a legendary account of Saint Jerome’s life. The animal first appeared in his life when Saint Jerome was seated with the brethren to hear the sacred lessons. While other monks fled at the sight of the beast, Jerome welcomed him as a guest. He even dressed the wound that was on the lion’s paw, which had been scratched and torn by thorns. He did what was necessary, and the lion recovered, lost all his wildness, and lived among the monks as their house pet.

The story is a reminder not to judge a book by its cover and to welcome all guests with hospitality, looking past their frightening appearances.
* Condition report available upon request