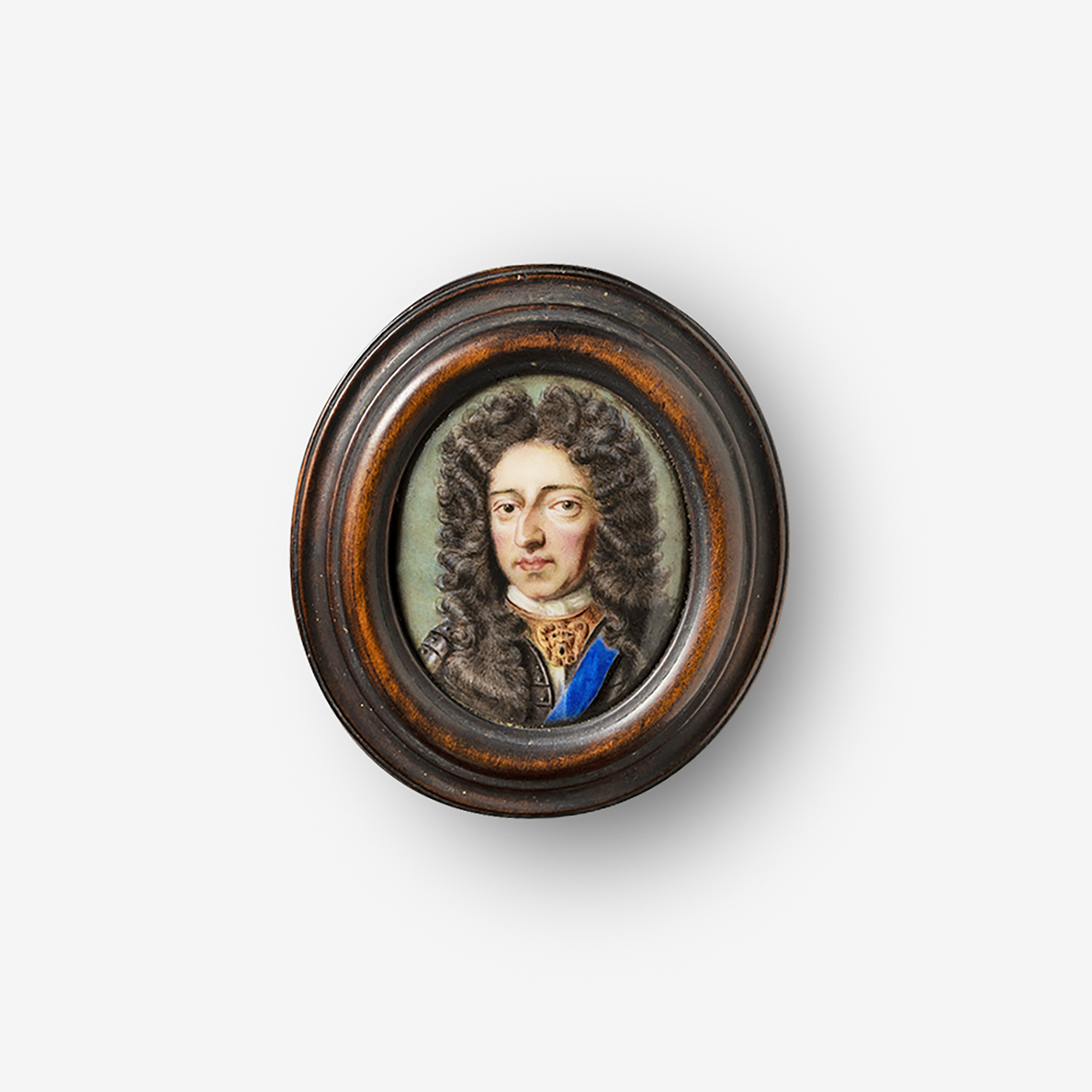 Attributed to Charles Boit
(Stockholm 1662 – Paris 1727)
Portrait of William III (1650-1702), Prince of Orange. From 1689 on King of England
Miniature in enamel on copper, 3.5 x 2.9 cm (oval) / 5.3 x 4.6 cm (incl. oval wooden frame)
Provenance:
Private collection, Sweden
Note:
In the early 18th century, the enamel miniature enjoyed the greatest popularity among English patrons. The Swedish-born Charles Boit produced works in this medium in London for William III, by whom he was appointed as court enameller. This miniature of the King of England is painted after a portrait by Gottfried Kneller, which belongs to the British Royal Collection.
A similar miniature, also depicting William III wearing his royal blue sash is included in the collection of the Rijksmuseum Amsterdam (obj.no. SK-A-4300).