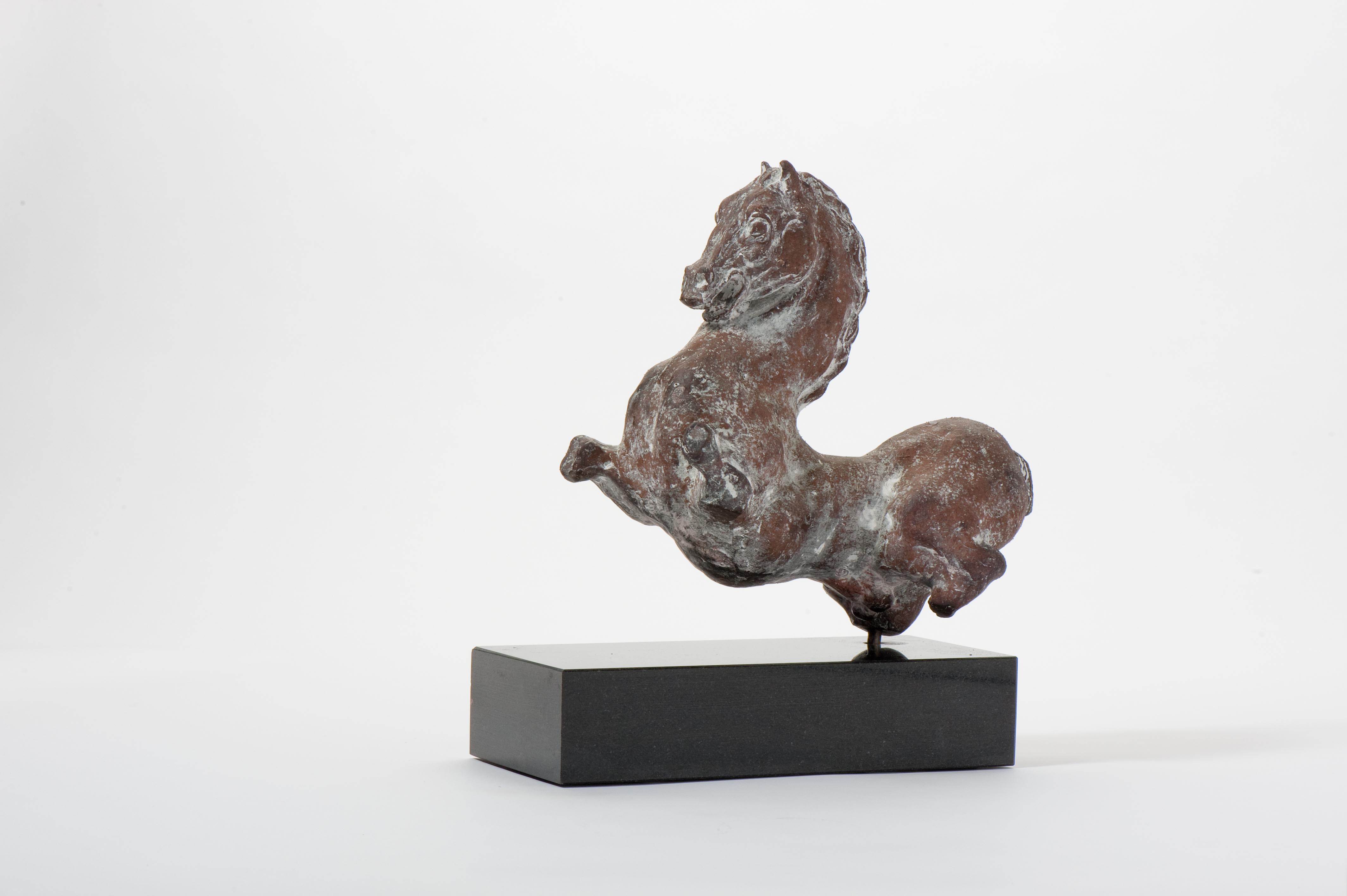 Arthur Spronken
(Beek 1930)
Horse
Signed with monogram on the belly
Bronze, H. 34 cm (including stand)
N.B.:
During his childhood Spronken was both influenced by the love of horses of his father and grandfather, as well as by the sculptor Paul Smalbach. He was trained to join the trade, but eventually joined the applied arts school in Maastricht, where he was tutored by Charles Vos and Harry Koolen. He attended the school from 1948 until 1952 and left for a year in Milaan for an internship at the Accademia di belle Arti di Brera. There he was tutored by, amongst others, Marino Marini, a specialist in the sculpture of horses.
Once back in The Netherlands Spronken initially mainly produced religious figures from wood, afterwards, circa 1961, he switched to bronze. His figurative sculptures concentrate on the dynamics of bodies, dancers and later horse torso’s. This vigour of movement becomes so important in the later horse torso’s that the legs are only indicated as the impetus to the movement in the torso.
In 1964 he was awarded a solo exhibition in thet Frans Hals Museum. In 1996 there was a retrospective of his works in the Museum Beelden aan Zee in the town of Scheveningen, where his monument to the royal family was given a permanent fixture.