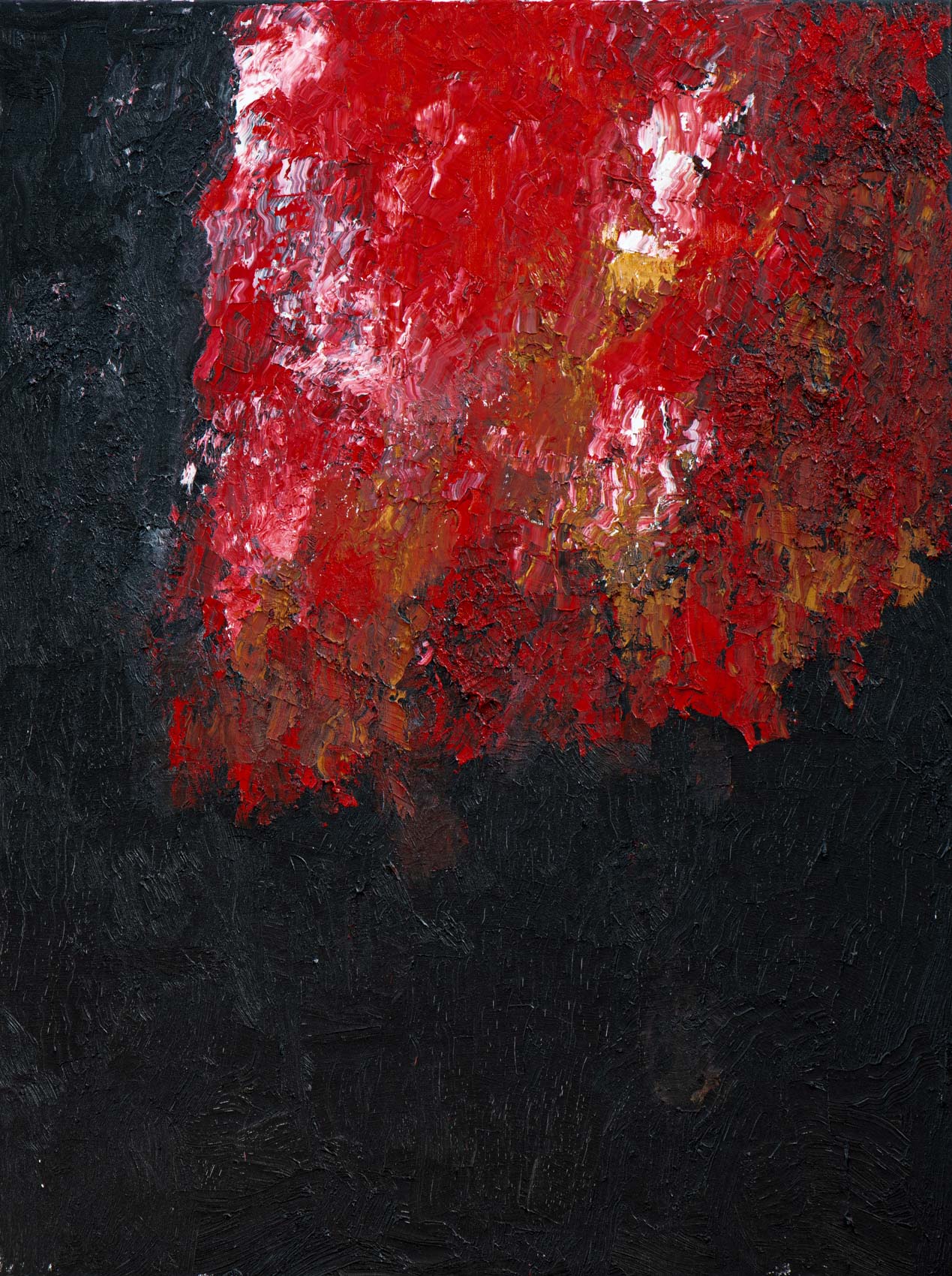 Armando
(Amsterdam 1929 – Potsdam 2018)
Damals (2002)
Signed, titled and dated 10-11-02 on the stretcher
Oil on canvas, 199.7 x 149.7 cm
Provenance:
– Galerie Helga Hofman, 1993 (incl. copy of invoice)
– Private collection, the Netherlands
Note:
Armando, born as Herman Dirk van Dodeweerd, was a true multi-talent. He was not only a painter, but also a sculptor, violinist, actor, journalist, film-, television-, and theatre-maker. As a poet and writer, he composed an enormous oeuvre and was often awarded literary prizes. After the Second World War, Armando studied art history at the University of Amsterdam. For ten years, he worked as the editor-in-chief of a newspaper’s art section, and in the meantime, as an artist, he became part of the Dutch Informal Group in 1958 (together with artists like Kees van Bohemen and Jan Schoonhoven), which later evolved into the Dutch Zero movement. Their work gave rise to a new revolutionary vision of well-known objects. In this period, Armando made many wall-reliefs and installations, and it was not until the mid-seventies that Armando started painting again. As can be seen from this work on offer, Armando’s paintings are overwhelming in their monumentality and dramatic appearance. Austerity in material, colour, and shape, and a rough, pasty texture give his artworks the visual power of an archetype.