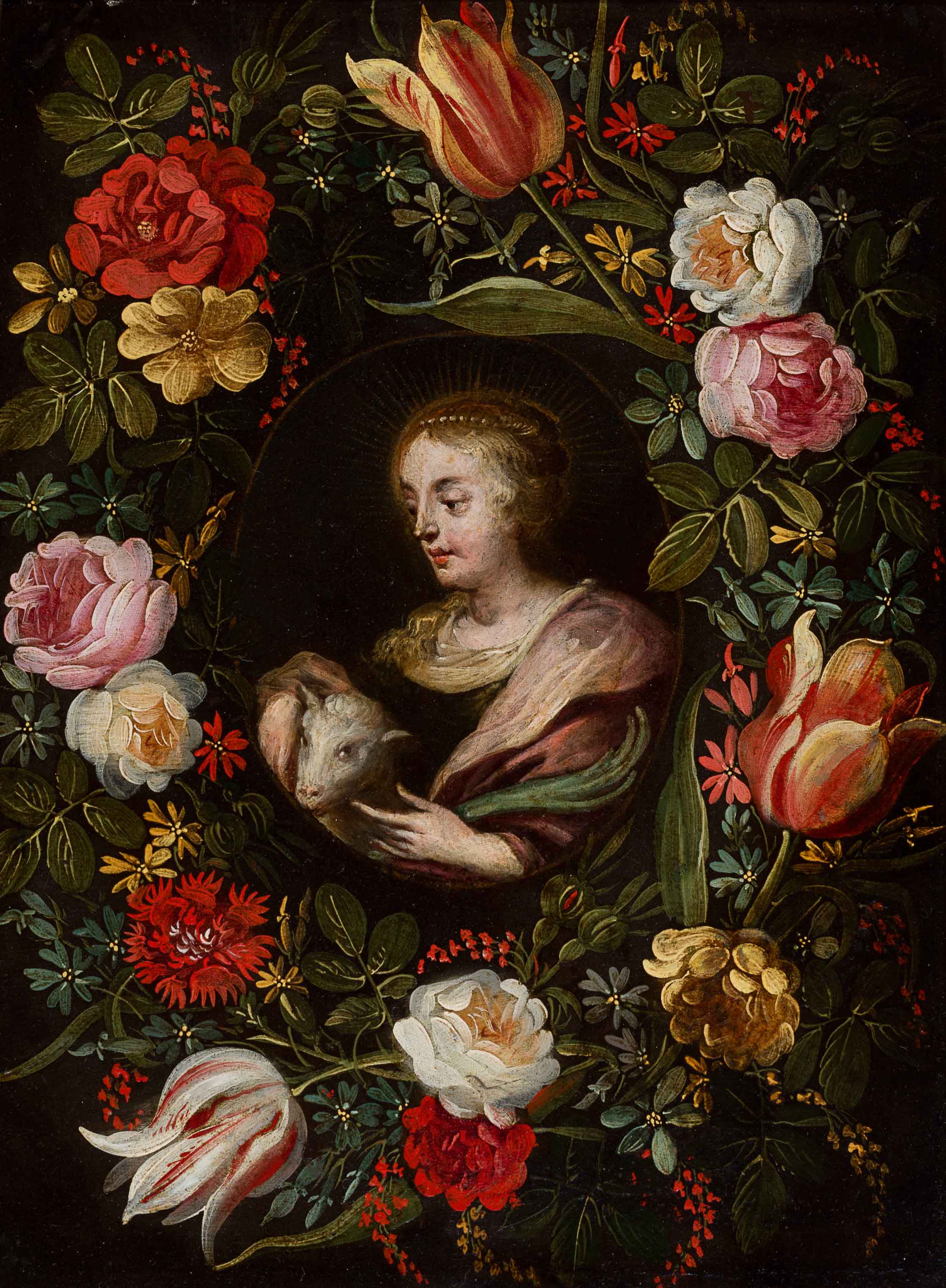 Antwerp School
(Third quarter 17th century)
Guirlande de fleurs et médaillon
Oil on copper 22.3 x 17.1 cm
Provenance:
– Auction La Galerie J. & A. Le Roy Frères, Brussels, Collection de Tableaux Anciens de M. Auguste Coster, 4-6 April 1907, lot 52 (as Jean Breughel)
– Collection Castle Zevenbergen, Ranst
– Private collection, Belgium
N.B.:
Depicted is Saint Agnes who at the age of thirteen in the fourth century A.D. was sacrificed to the pagan gods. When she was brought to the temple of Minerva in Rome she crossed herself and refused to act against God. She was also a highly desirable girl and many men proposed to her, but Agnes refused them all. Ultimately her determination led to her death and she was buried in the catacombs on the via Nomentana. After eight days she appeared with her familiar attributes: in a golden cloth, with the engagement ring of Christ on her finger and at her side a white lamb or Agnus Dei. Saint Agnes is the patron saint of engaged couples, of the chastity of young girls, virgins and victims of stigmatization.