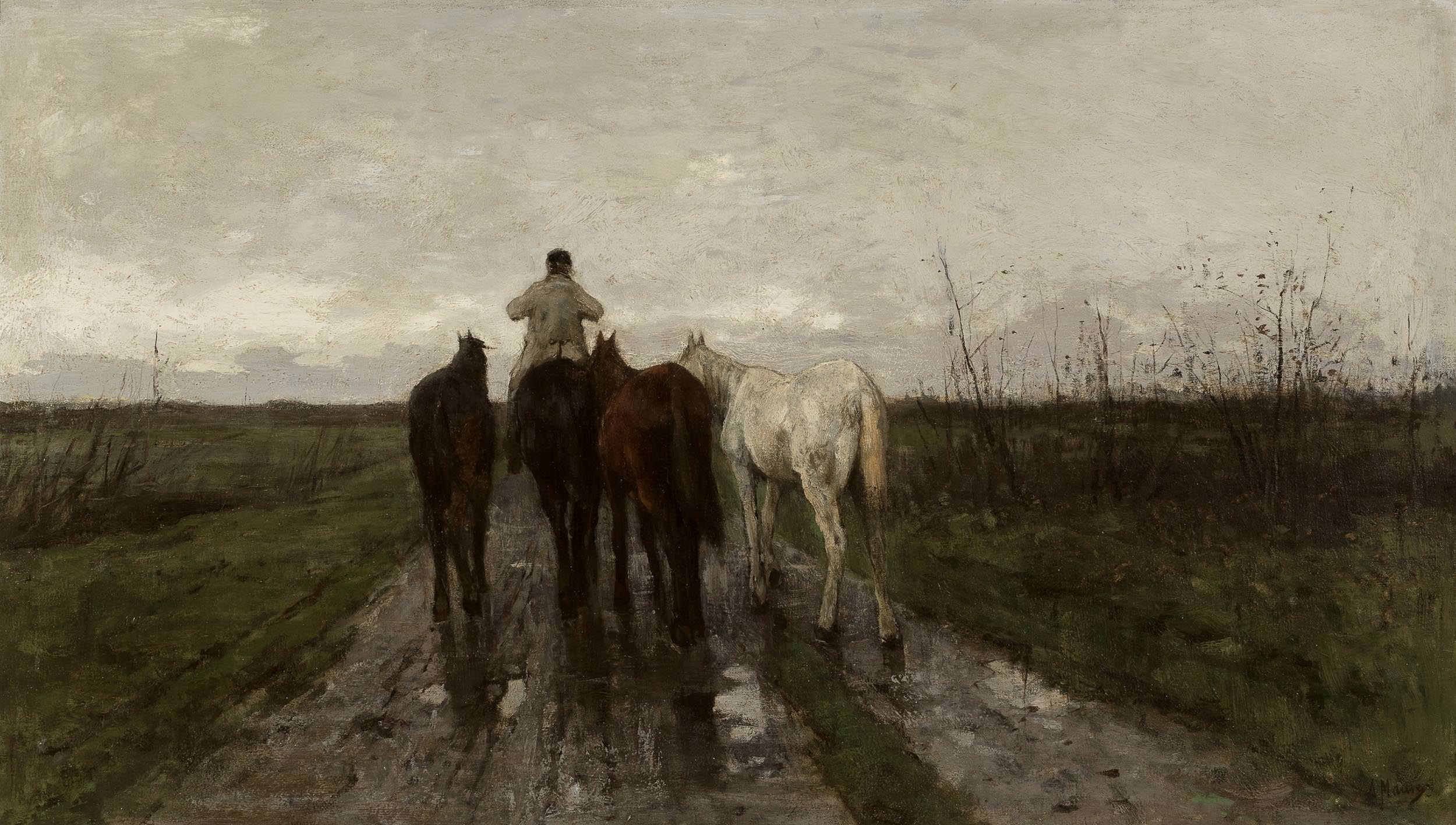 Anton Mauve was born in Zaandam. He was apprenticed to the painter Pieter Frederik van Os in Haarlem at the age of 16, and later to horse painter Wouterus Verschuur. Together with Paul Gabriel, Mauve often went out into nature to make his sketches in charcoal, for Mauve – different from his French impressionist contemporaries – did not paint ‘en plein air’.

In 1881 Mauve moved into a studio in The Hague, where he would also give painting lessons to Vincent van Gogh. Mauve was married to van Gogh’s cousin Ariëtte Carbentus and was of great influence on Vincent, as he is mentioned, directly or indirectly, in no less than 152 of van Gogh’s surviving letters.

Famous for his atmospheric paintings with animals in the countryside, he spent most of his prosperous years in Laren, where he was one of the founders of the Larense School. He painted many of his works in the Laren area, also referred to by connoisseurs as “The Land of Mauve”.

Although Mauve mostly painted sheep on the heath, the composition of this painting reminds one of his most famous work Morgenrit langs het strand (Morning Ride on the Beach) which is in the collection of the Rijksmuseum. In fact, the four depicted horses are most likely the same in both paintings. They may be on their return from their morning ride on the beach, walking back to their stable.