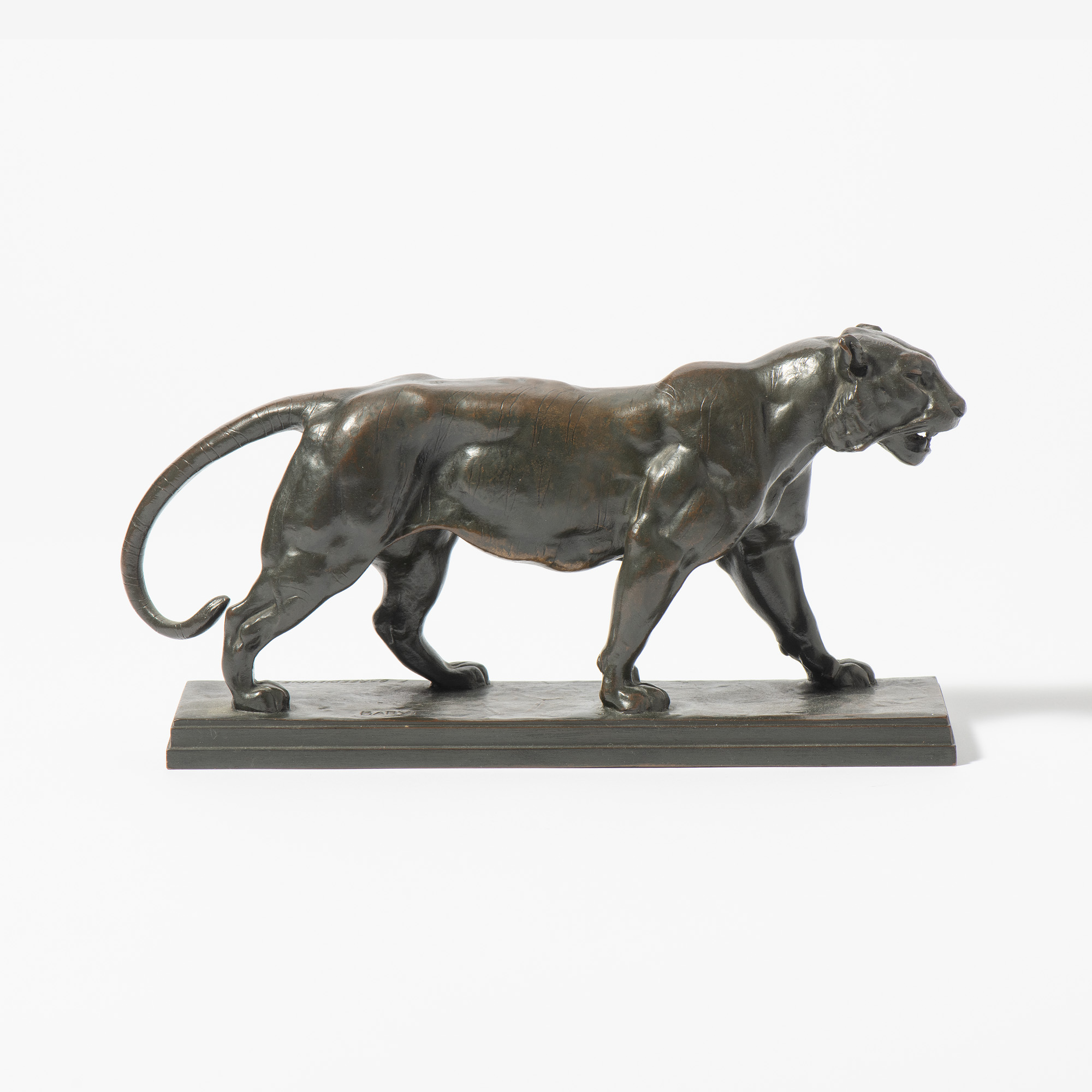 Antoine-Louis Barye
(Paris 1796 – 1875)
Tigre qui Marche (Walking Tiger)
Signed on the base
Inscribed F. Barbedienne.Fondeur on the base
Incised N24 underneath
Bronze, H. 14 cm
Provenance:
Collection of the daughter of Mr. Frans L.M. Dony, The Hague
Literature:
Michel Poletti & Alain Richarme, Barye, Catalogue Raisonné des sculptures, Gallimard, Paris, 2000, p.198-199, no. A 70 (ill.)
Note:
Barye’s Tigre qui Marche was modelled circa 1840. The tiger is shown in a moment of relative calm, though its bared teeth suggest an imminent strike. Together with Lion qui Marche, this model is among Barye’s most reproduced works. Although over 60 casts were made during the sculptor’s lifetime, the popularity of the model and the proliferation of casts may be credited directly to Barbedienne, who edited the bronze numerously and in large quantities, from Barye’s death right up to the Second World War.