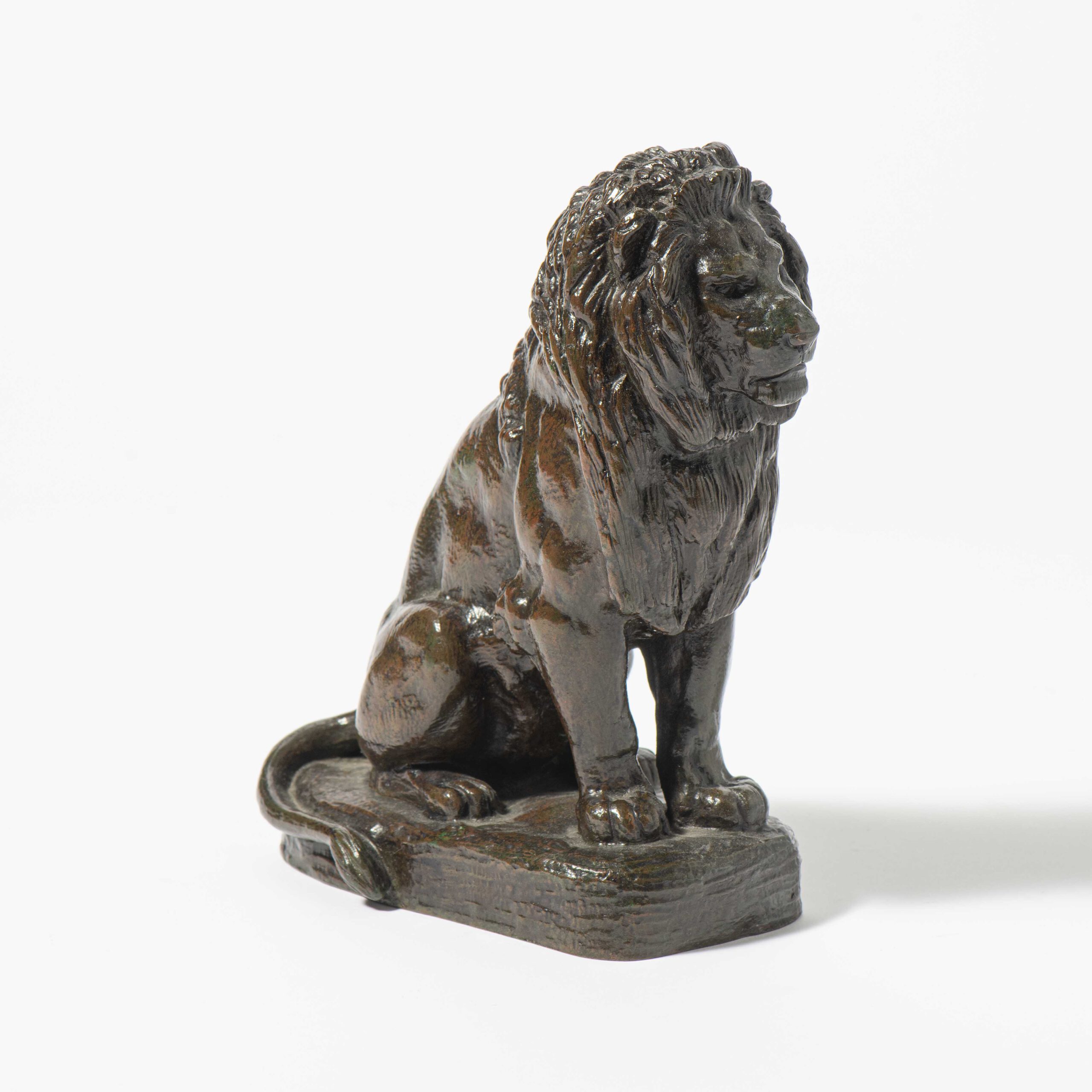 Antoine-Louis Barye
(Paris 1796 – 1875)
Lion Assis (Seated Lion)
Signed on the base
Bronze, H. 18.9 cm
Provenance:
Collection of the daughter of Mr. Frans L.M. Dony, The Hague
Literature:
Michel Poletti & Alain Richarme, Barye, Catalogue Raisonné des sculptures, Gallimard, Paris, 2000, p.181-185 (ill.)
Note:
Barye’s original model of Lion Assis was commissioned by King Louis-Philippe, who wanted a pendant for the statue Lion with a Snake in the Tuileries Garden. After twenty years in 1867, the Seated Lion was moved to the entrance then known as the Guichet de L’Empereur on the Quai des Tuileries, where it can still be seen today. Since ancient times, the lion has served as a symbol of majestic power, but the monumental stillness of Barye’s lion was unusual at the time. The model was much admired, particularly by the painter Léon Bonnat, who wrote: “No touch of hesitation in the design, in the full strong form. The great line which sweeps from muzzle to tail is superb, and standing before this bronze, one has the feeling that here is might tempered by beauty.”