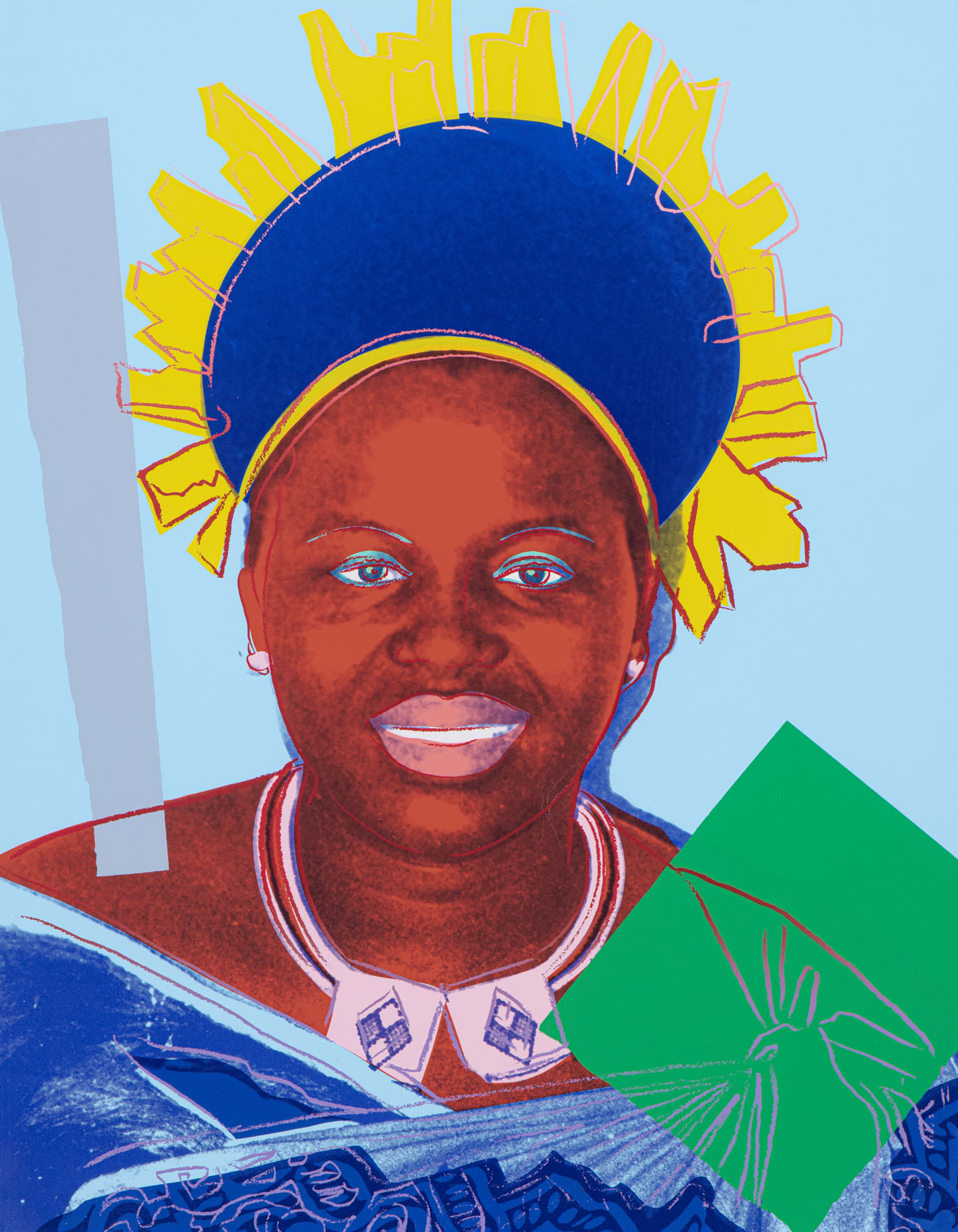 Andy Warhol
(Pittsburg 1928 – New York City 1987)
Queen Ntombi Twala (from Reigning Queens) (1985)
An unsigned proof (aside from the signed and numbered edition of 40 and 10 artist’s proofs)
Printed by Rupert Jasen Smith, New York (with blindstamp)
Published by George C.P. Mulder, Amsterdam
Screenprint in colours on Lenox Museum Board, 99.8 x 79.8 cm
Provenance:
– George C.P. Mulder, Amsterdam (1990s)
– Corporate collection, the Netherlands
Literature:
Feldman & Schellmann, II.347
Note:
In 1985, Warhol embarked on his portfolio of screenprints, entitled Reigning Queens. The series contains sixteen screenprints of the four ruling queens at that time: Queen Elizabeth II of the United Kingdom, Queen Beatrix of the Netherlands, Queen Margrethe II of Denmark, and Queen Ntombi Twala of Swaziland, who is depicted in this work on offer. Warhol used official or media photographs for these prints, incorporating abstract blocks of colour that appear collaged despite being screenprinted. He has also combined printed elements derived from drawings, which emphasise details such as jewellery.