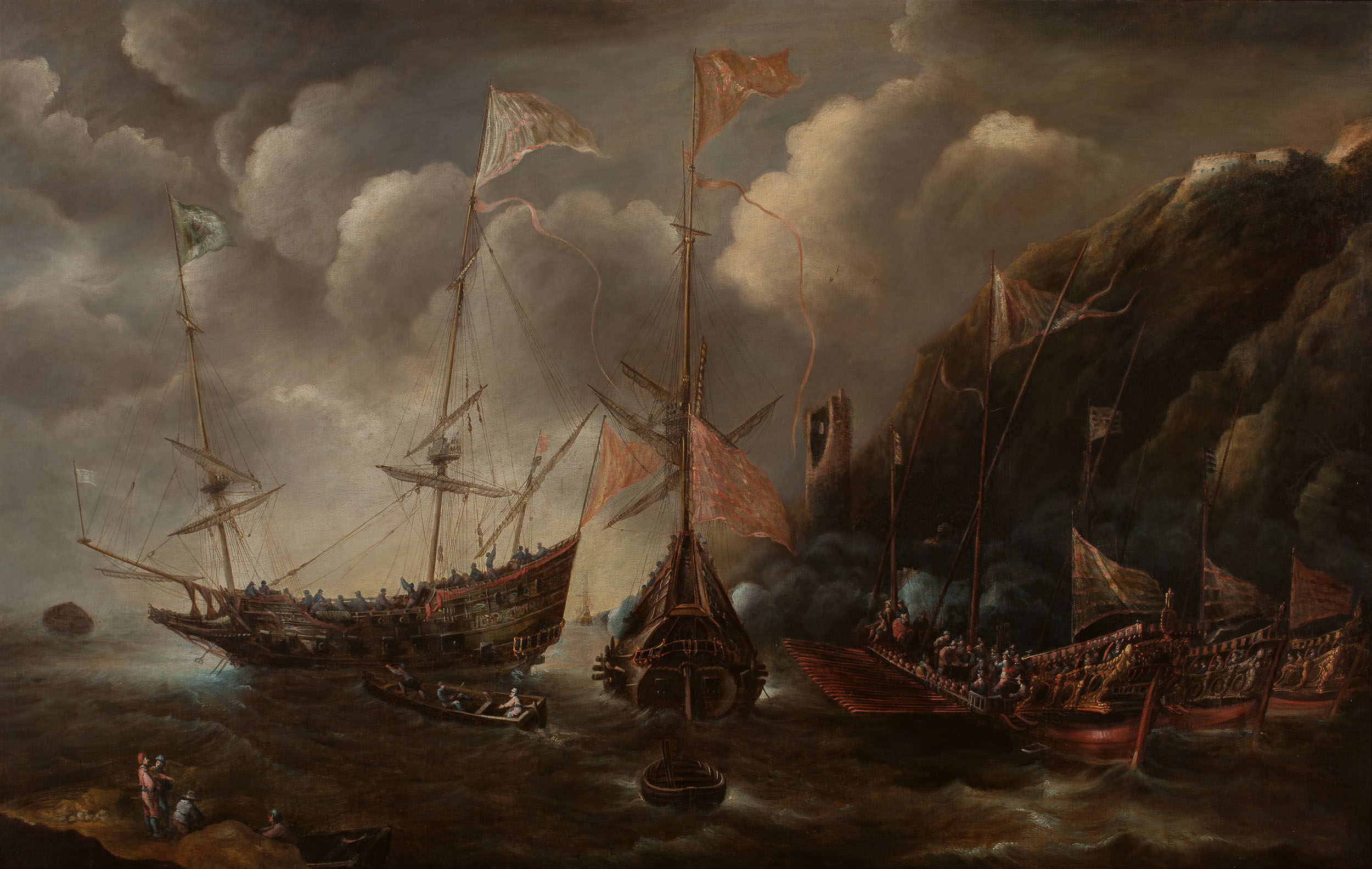 Andries van Eertvelt was a Flemish painter, draughtsman and engraver who was one of the first Flemish artists to specialize in marine art. Van Eertvelt was a pupil of Hendrik Cornelisz Vroom (1566-1640) and, in the early part of his career, painted small seascapes in the manner of his master. After 1615 he travelled together with one of his pupils, Matthieu van Plattenberg, to Italy. Having been influenced by his time spent in Italy, he decided to paint on a grander and larger scale. This work can, therefore, almost certainly be dated to the latter part of his career. Van Eertvelt was very successful as a marine artist and some of his works were exported to markets in Spain and Portugal. Court artist and painter Anthony van Dyck (1599-1641) painted a portrait and an engraving of Van Eertvelt, which was included in Van Dyck’s Iconography (Icones Principum Virorum): a collection of portraits of then contemporary leading personalities. Van Eertvelt is even remembered as “son of the seas” by the Flemish 17th century biographer Cornelis de Bie.