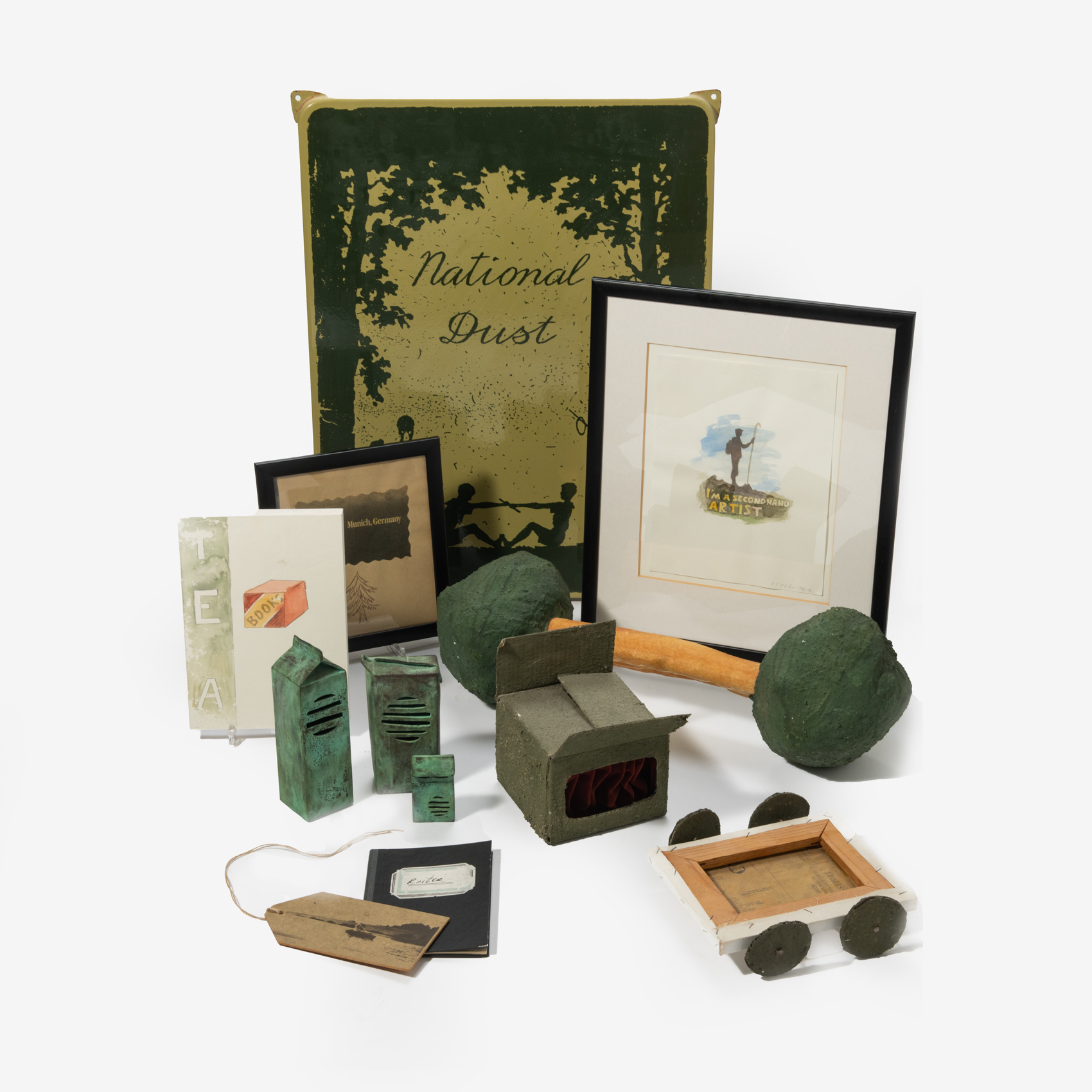 Andrei Roiter
(Moscow 1960)
A collection of works (12x)
Varying media and sizes
Provenance:
Private collection, the Netherlands (bought at several occasions, such as at Galerie Tanya Rumpff in Haarlem and Singer Museum in Laren)
(12x)
Note:
Andrei Roiter’s artistic practise has concerned itself with finding ways to create visual statements about universal human experiences. After leaving his native Russia in the late eighties, Roiter lived mainly in New York and Amsterdam where he chose to live as a tourist rather than a migrant in order to escape any sense of a fixed identity. Despite this, Roiter’s art references his Russian roots as he reflects on the oppression of the Soviet’s Social Realism, which can be demonstrated with this work on offer. For example, the box with the curtain alludes to the fact that many things in Russia are fake; at first glance, the box appears to be a theater, but when opened, it is revealed to be nothing more than a simple void. The trio of daily utensils (two drink cartons and a lighter) have a hidden microphone, which symbolises the fact that the Russian people were bugged. Roiter’s passport on wheels refers to the ‘Refusenik’; an unofficial term for Sovjet Jews who were denied permission to emigrate. The baguette for weightlifters is a reference to the Russian athletes who were forced to take doping substances. Roiter calls these three-dimensional objects composed of everyday materials, “props”. In elevating these everyday materials to a poetic and meaningful form, he feels, in a certain way, strongly connected with the arte povera movement.