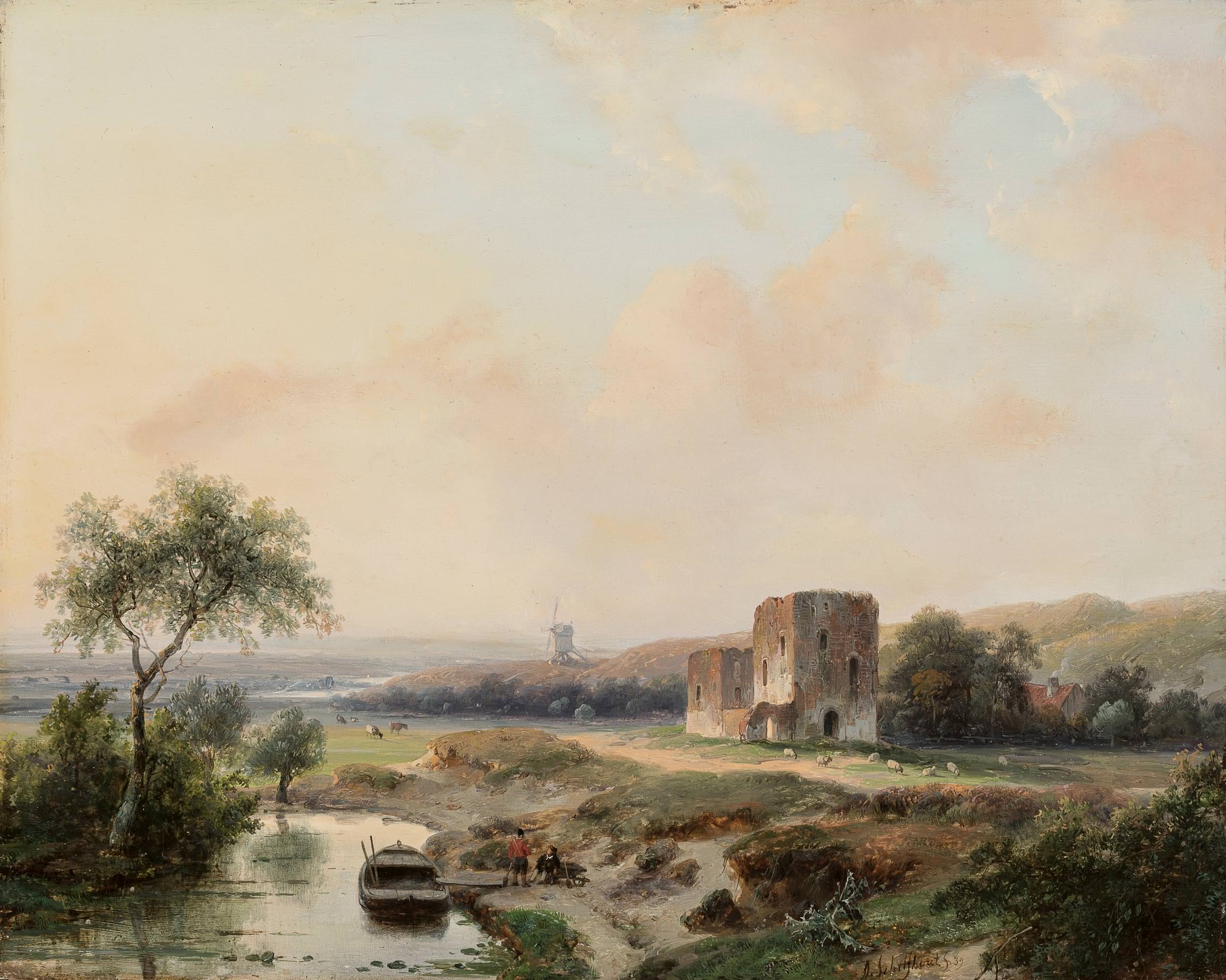 The landscape painter Andreas Schelfhout from The Hague had a penchant for the landscape surrounding Haarlem. Quite early on, from 1820 onwards, he was inspired by this rolling, scenic area with its fine panoramas. Schelfhout’s summer landscapes depicting the surroundings of Haarlem as a theme reflect the tradition of the oeuvre of the seventeenth century landscape painter Jacob van Ruysdael (1628/1629-1682). The quintessentially Dutch landscape surrounding Haarlem was a favourite amongst the painters of Dutch Romanticism, following the lead of Schelfhout. The Ruins of Brederode Castle near Santpoort-Zuid, where the stately Castle Brederode once stood, was also considered picturesque. The castle was built by Willem I van Brederode in the second half of the thirteenth century. In the nineteenth century the building was restored by order of the Dutch state, thereby establishing the first state monument (Rijksmonument) in Dutch history.