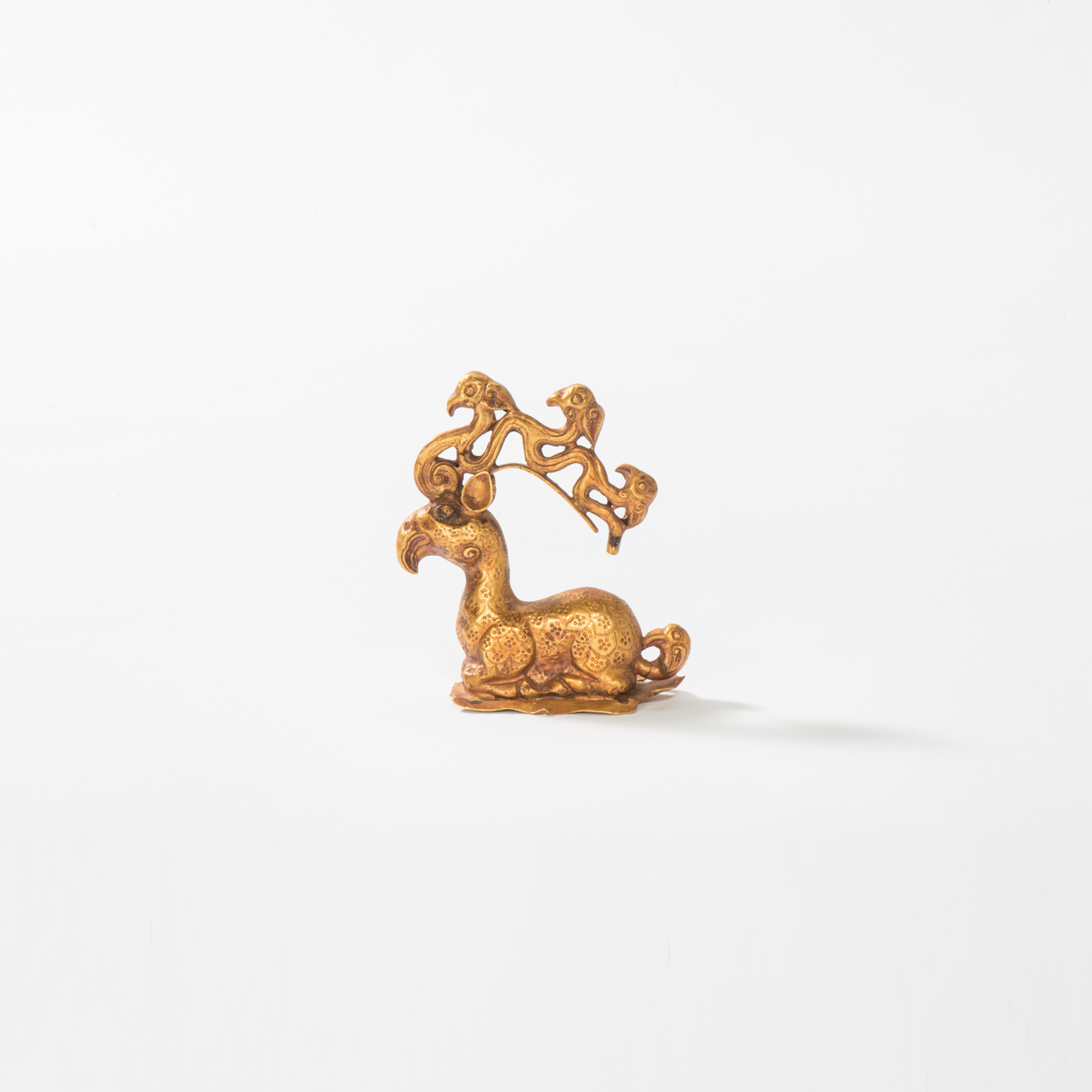 An important and extremely rare gold Xiongnu crest of a headdress in the shape of a mythological animal
Warring States period, 5th-3rd century BC
Shaped as a reclining stag with scrolling antlers terminating in bird’s heads.
W. 5.8 cm

Note:
A similar crest is in the Museum for the History of Shaanxi and is excavated from a tomb near Nalingaotu Village, Shenmu County, China. These precious metal luxury objects were probably produced by Chinese craftsmen for Scythian or Ukok nomads living at the northwestern borders.