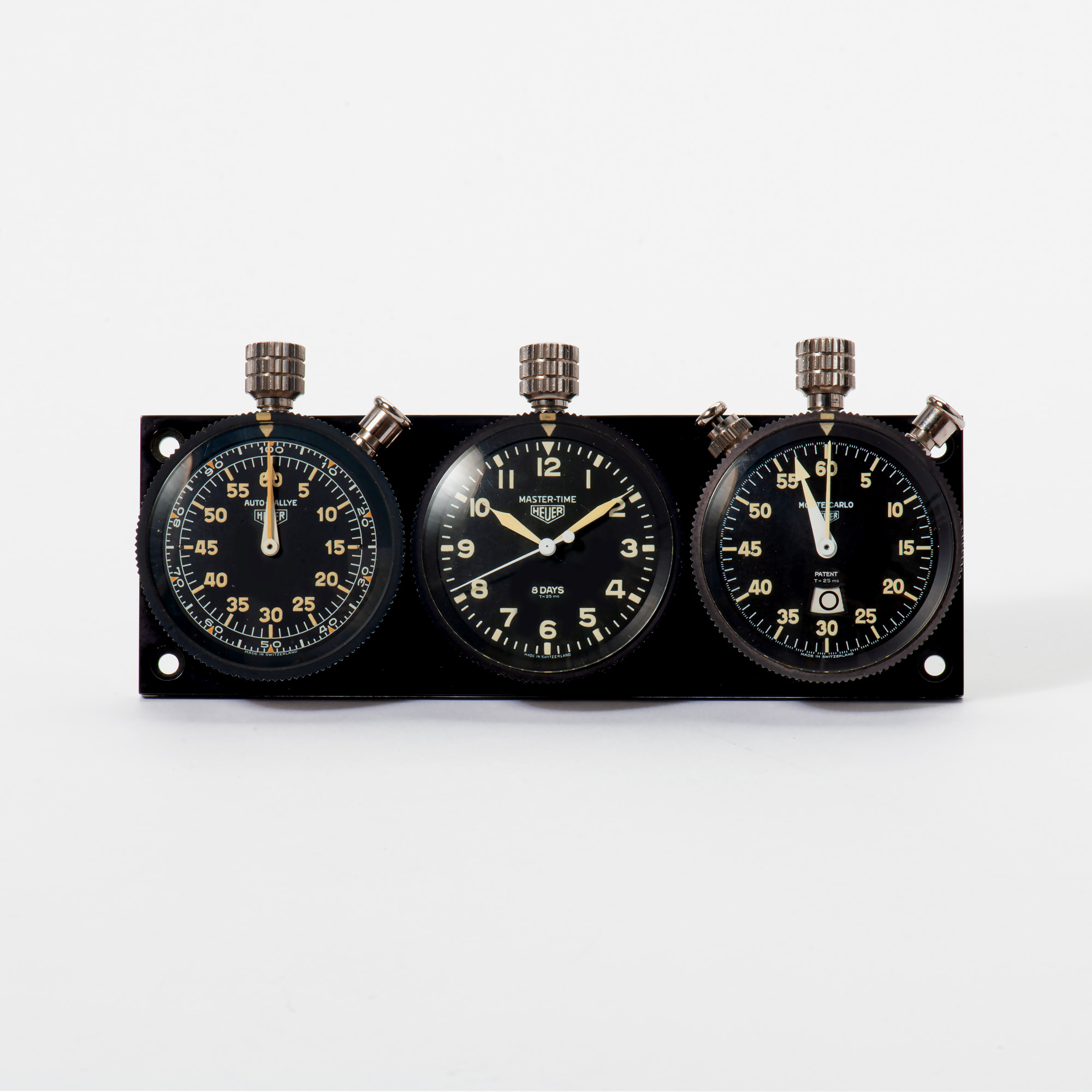 An extremely rare set of three Heuer dash-mounted timers
Circa 1965
Model: Auto-Rallye, Master-Time, Monte-Carlo (from left to right)
Case: stainless steel, 55 mm diameter
Dial: black
Movement: manual
Accessories: original pouch and dashboard mounting plates, accompanied by screws
Movements not tested
Note:
The bond between vintage watches and vintage cars is easy to make, but when you speak about Heuer, it is part of the brand’s history. While wristwatches had more prominent visibility being worn by iconic drivers, the dashboard clocks have also gained a cult following due to the clean black and white design. As with any tool watch, these dashboard clocks were designed for their functionality. Keeping in line with Jack Heuer’s motto, legibility was a paramount factor for these, and one can immediately notice this throughout the design. The practicality of use was an important factor as well: larger pushers, with the centre pusher featuring large ridges, allowed better grip for users of the timers. the Master-Time started production in the early 1930s. This classic clock features an eight-day movement with large numerals and indexes for ultimate visibility. The Monte-Carlo appeared in the late 1950s as a stopwatch with much fanfare as having the “greatest legibility ever found in a stopwatch.” With a large arrow minute hand and a large aperture above six o’clock with digital hour indication, the design was for sure laser-focused on the user’s clear and concise reading of the time. Not much later, Heuer introduced the Auto-Rallye, dashboard 60 minutes chronograph, evolution of the 1958 Rally-Master. It was an unprecedented success.