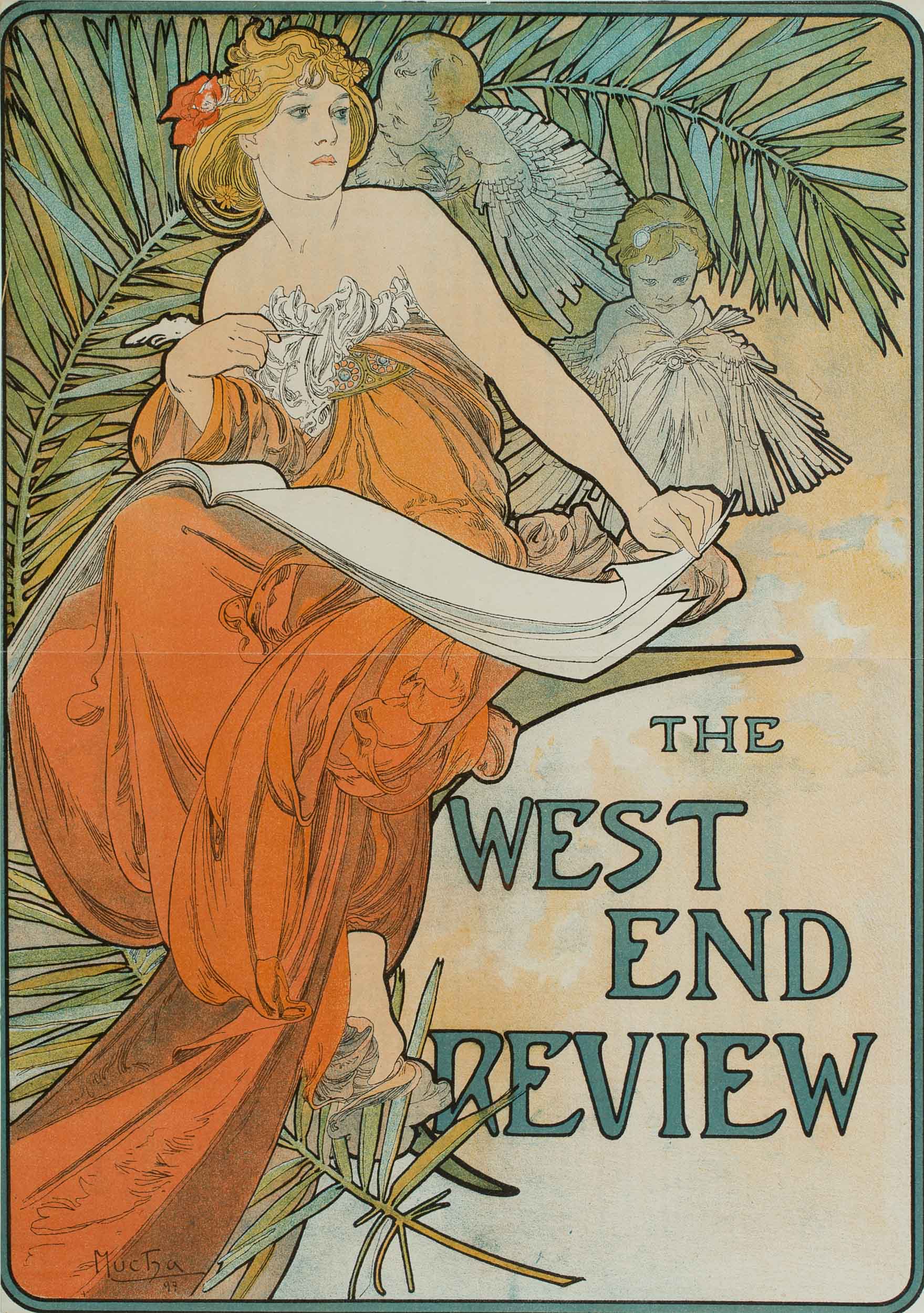 Alphonse Maria Mucha
(Ivancice 1860 – Prague 1939)
West End Review (1897)
Signed and dated 97 in the stone lower left
Lithograph in colours, 36.2 x 25.5 cm
Provenance:
Private collection, the Netherlands
Literature:
J. Rennert & A. Weill, Alphonse Mucha, Toutes les Affiches & Panneaux, Paris, 1984, no. 50 (var)
Note:
The internationally acclaimed Alphonse Mucha was a Czech painter, illustrator and graphic artist, living in Paris during the Art Nouveau period. Mucha designed this cover for the British literary magazine The West end Review which was produced between 1897 and 1999. The West End Review poster was one of Mucha’s largest lithographic works, forming a nine-sheet poster measuring 294.6 x 213.3 cm. The periodical was published between June 1897 and September 1899 and this image was used for a number of the magazine’s covers.