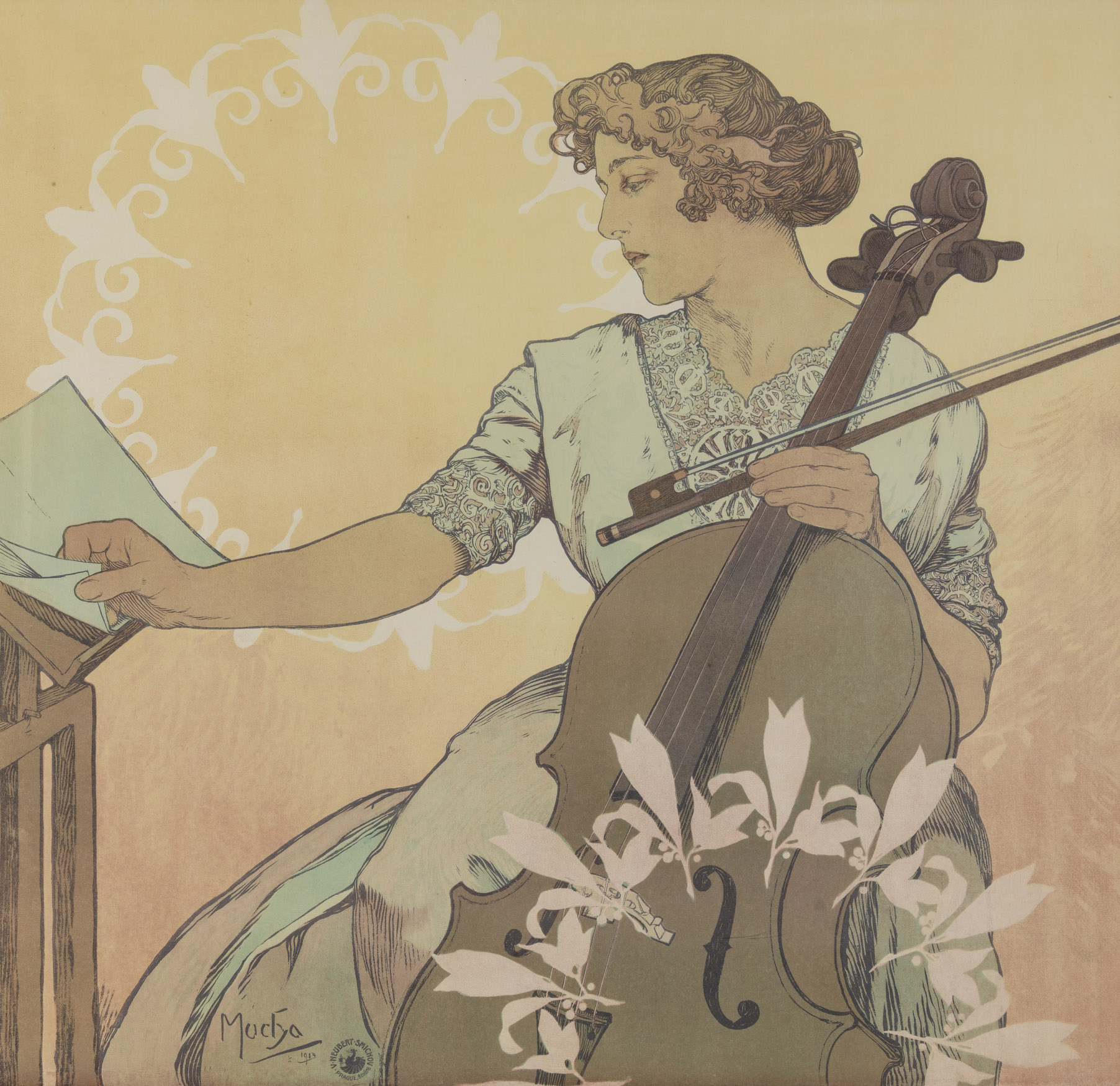 In 1887, Mucha moved to Paris, where he started to become world renowned due to his commercial work. He was convinced that art could enhance the quality of life and should therefore be accessible to all. Mucha’s illustrations of elegant women surrounded by stylized flowers and flamboyant swirling lines gave colour to the city of Paris, where anyone could enjoy Mucha’s posters in the street. Le style Mucha became almost synonymous with Art Nouveau, the modern art movement that came to define the look of the French capital.

This work is an original Art Nouveau poster with the portrait of Zdenka Cerny, a talented musician. Mucha befriended her family when he gave a series of lectures at the Chicago Art Institute. Mucha painted a portrait of her, which became the basis for this poster. It was created for Zdenka’s European tour of 1914-1915, which was unfortunately cancelled due to the war.
* Condition report available upon request