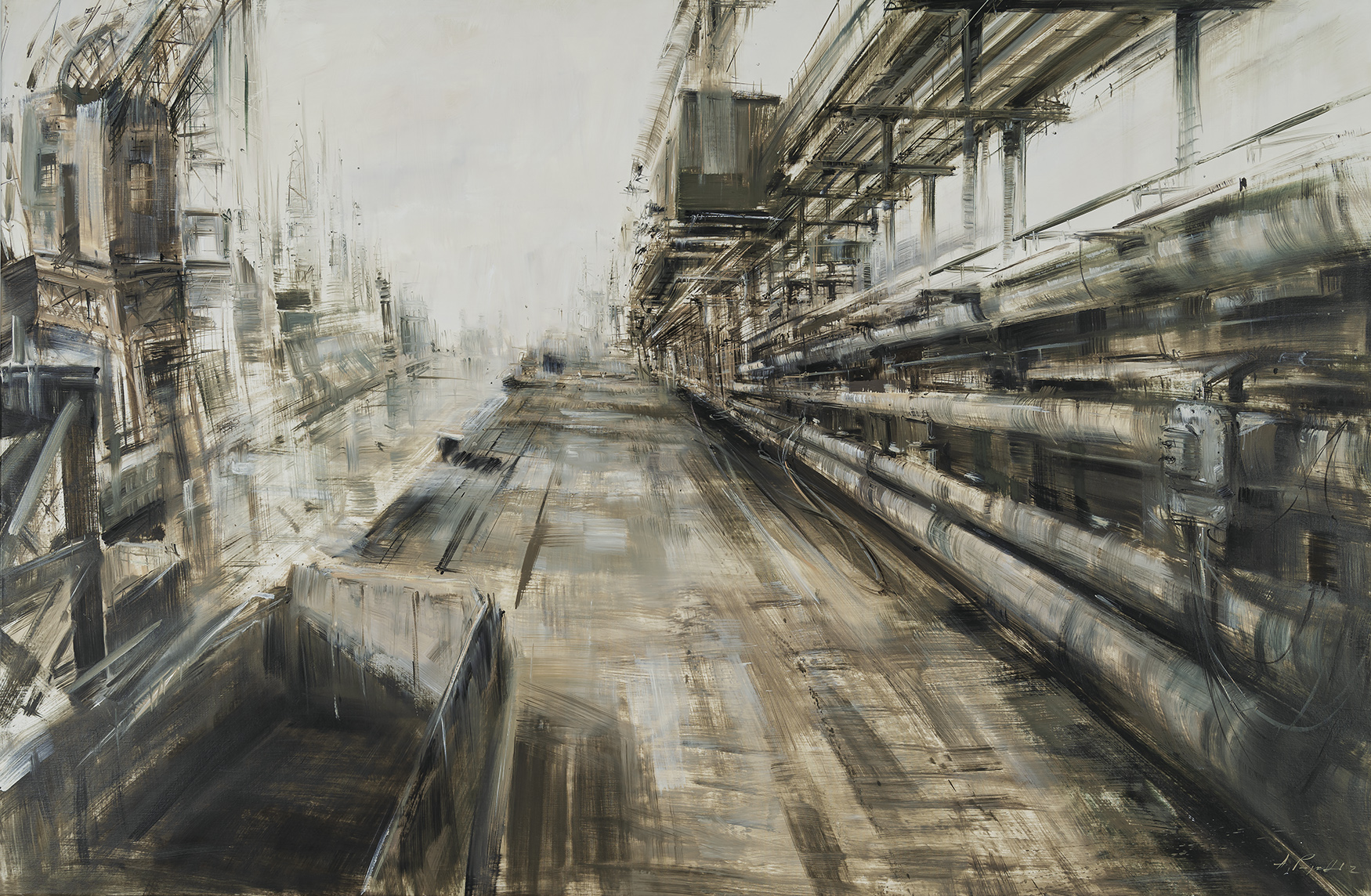 Alessandro Papetti
(1958)
“Porto Industriale” (2002)
Signed and dated 2 lower right
Signed, titled and dated 2002 on the reverse
Oil on canvas, 205.2 x 135 cm
Provenance:
– Galerie de Twee Pauwen, The Hague, 2002
– Private collection, the Netherlands
Note:
Born in Milan, where he continues to live and work today, Alessandro Papetti is one of Italy’s foremost contemporary painters. His most recognisable works are sweeping, cinematic paintings of abandoned spaces, frequently painted from a high-angle perspective.


Papetti is interested in the marks left by time in factory workshops and interiors and sees his art as ‘industrial archaeology.’ In his urban landscapes and industrial interiors, Milan has served as an important backdrop for his work: “I tend to use monochromatic colours. The light in my cities is fairly northern because I was born in Milan and that definitely had an influence. These are the colours of my city, from the air that I’ve breathed.”
BR>Papetti has exhibited his works at major art fairs and collaborated with galleries across the globe. He has exhibited widely for almost 30 years, notably at the Venice Biennale in 2003 and 2011, and at museums in Milan, Paris, Moscow, and Tokyo.
* Condition report available upon request