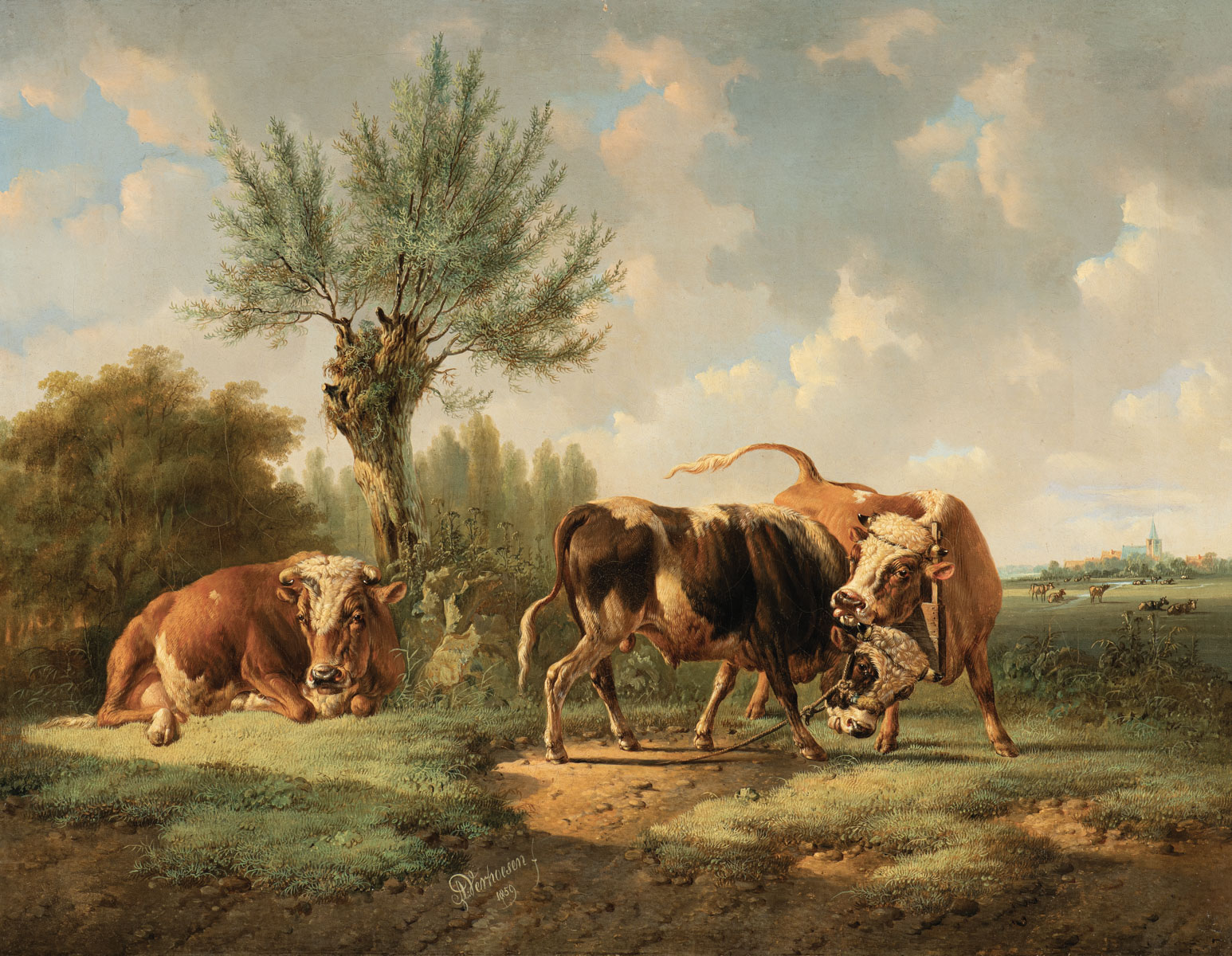 Albertus Verhoesen
(Utrecht 1806 -1881)
Bulls Fighting
Signed and dated 1859 lower centre
Oil on canvas, 61.7 x 80.2 cm
Provenance:
– Auction Christie’s, Amsterdam, 24 April 2001, lot 5
– Auction Christie’s, Amsterdam, 26 February 2008, lot 94
– Private collection, the Netherlands
Note:
Albertus Verhoesen was a celebrated Dutch artist who had lived and worked in Utrecht and Amersfoort. He is best known for his landscapes with domestic livestock, animal housing and scenes of poultry. Born in Utrecht, Verhoesen received his formal training in the studios of Bruno van Straaten (1786-1870), Jan van Ravenswaay (1789-1869), Barend Koekkoek (1803-1862) and Pieter van Os (1776-1839). Each of these artists had an influence on Verhoesen’s style, but his choice of subject matter was greatly inspired by Van Os, whose artistic family was among the most influential during the 19th century. Like Van Os, Verhoesen chose to paint rural landscapes often focusing in on a small group of animals. This kind of landscapes has had one of the longest traditions in both Dutch and Flemish art. During the Industrial Revolution when the population of the cities was increasing, wealthy patrons longed for images of the life in the unspoilt countryside. Therefore, paintings that depicted farmyard animals achieved widespread popularity in the 19th century. This beautifully executed painting of fighting cows in the farmland, illustrate the fine quality and composition of Verhoesen’s work. He continued to create these animal paintings until his death in 1881.