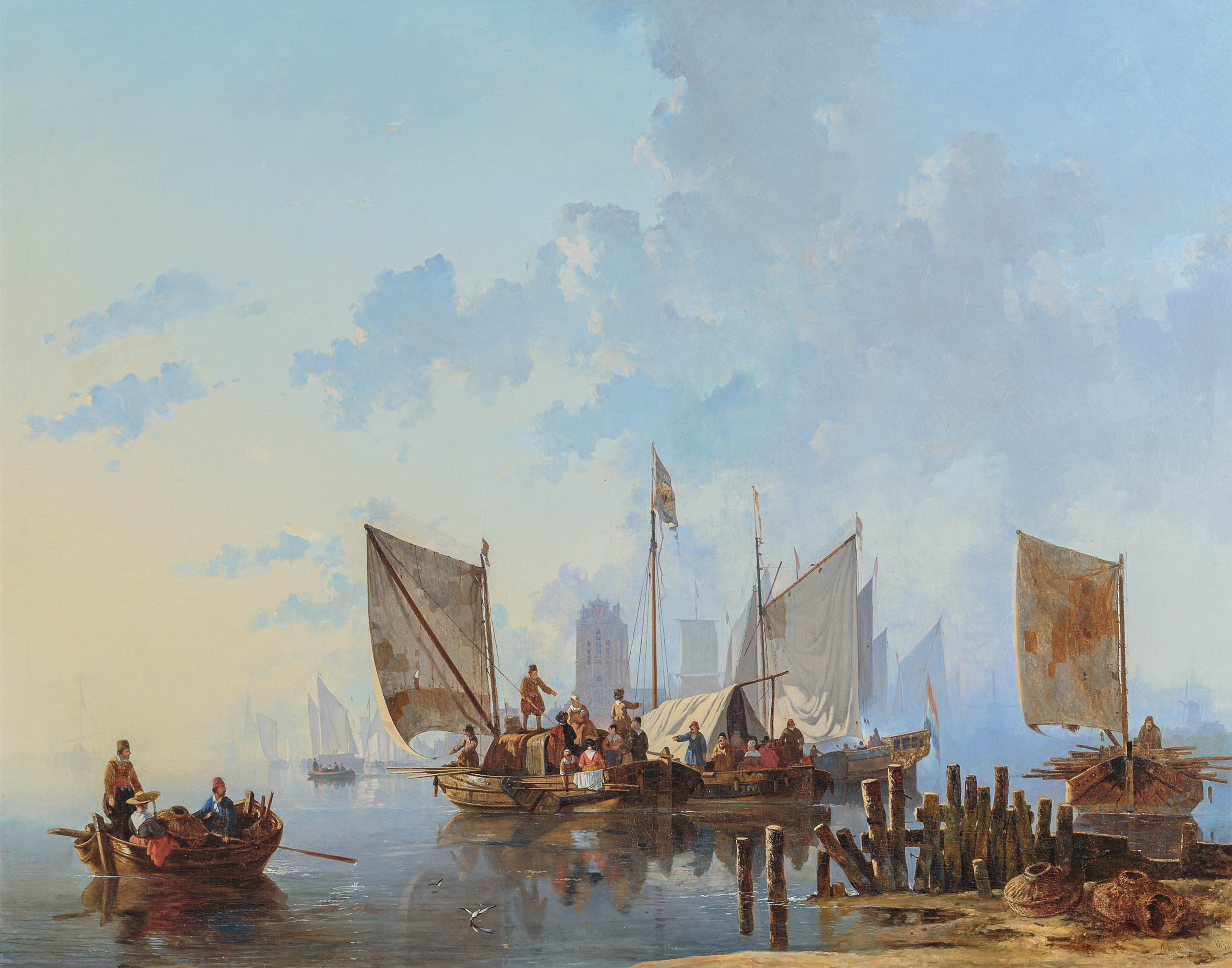 Albertus Brondgeest
(Amsterdam 1786 – 1849)
Shipping on the Maas near Dordrecht
Signed and dated 1838 lower right
Oil on canvas, 78.5 x 98.4 cm
Note:
Albertus Brondgeest was a Dutch art dealer, drawer and painter, primarily known for his landscapes. Brondgeest collected and studied art from the seventeeth century, which became an important source of inspiration for him. In 1817, Brondgeest expanded his knowledge and became an art dealer. Due to financial prosperity, he bought the estate ‘Vlietzorg’ in 1840. Brondgeest was a member of the Royal Dutch Institute, the Royal Academy of Fine Arts in Amsterdam and between 1806 and 1808 he joined the Stadstekenacademie in Amsterdam. For this painting, Brondgeest was most likely inspired by a painting by the seventeenth century painter Aelbert Cuyp titled Maas at Dordrecht (part of the collection of the National Gallery Of Art, Washington, inv. no. 1940.2.1). Brondgeest’s painting offers a view of the city of Dordrecht, seen from the river Maas. The city plays a subordinate role in the work of Brondgeest, while attention is drawn to the clouds, the atmospheric light and the activity on the water. Central in the background one can find the tower of the ‘Grote Kerk’. Construction started in the early fourteenth century. During a big city fire in 1456 the church and tower were severely damaged and plans were revised during the reconstruction. According to the plans, the tower should become no less than 108 meters high. However, rather soon the tower started to subside and tilted dangerously; the plan of an almost 50 meter high spire would be disastrous and was therefore abandoned.