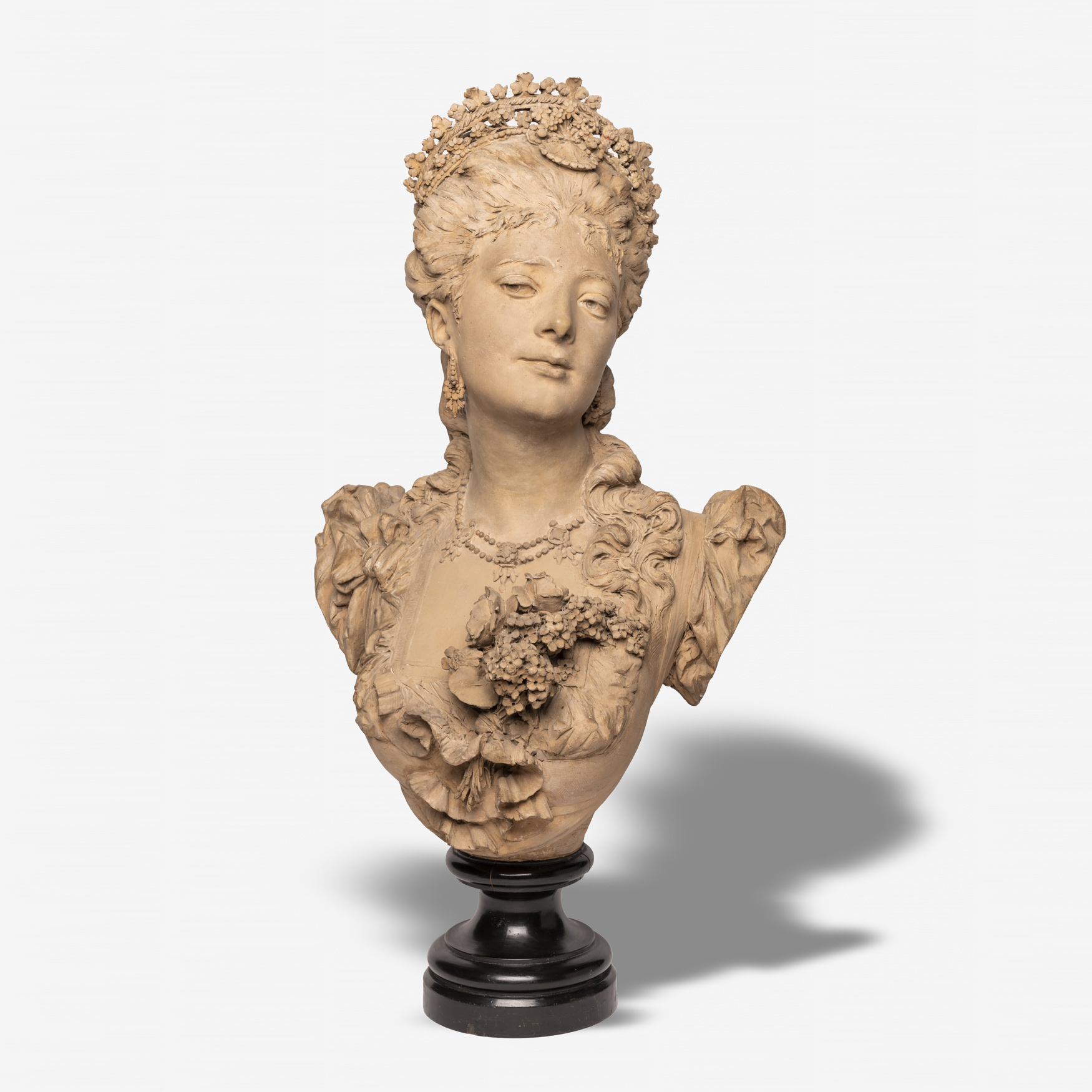 Albert-Ernest Carrier-Belleuse
(1824-1887)
Buste de Femme (c. 1860-1870)
Signed on left sleeve
Terracotta on wooden base, H 71.1 cm
Provenance:
– Philippe Perrin, Paris
– Private collection, Belgium
Note:
This bust is presumably a portrait of Marguerite Bellanger, an actress who became a famous mistress of Emperor Napoleon III. She served as the subject for several fantasy busts of Carrier, who repeatedly used the effigy of a young woman. The soft and youthful faces of these women allowed the sculptor all the audacity in the accumulation of lace, the addition of flowers and jewels, or in the invention of sophisticated hairstyles embellished with ribbons or tiaras. With the virtuosity inherited from his training as a goldsmith, Carrier-Belleuse invents a style that has a following throughout the second half of the 19th century and that is exemplified in this present lot.
* Condition report available upon request