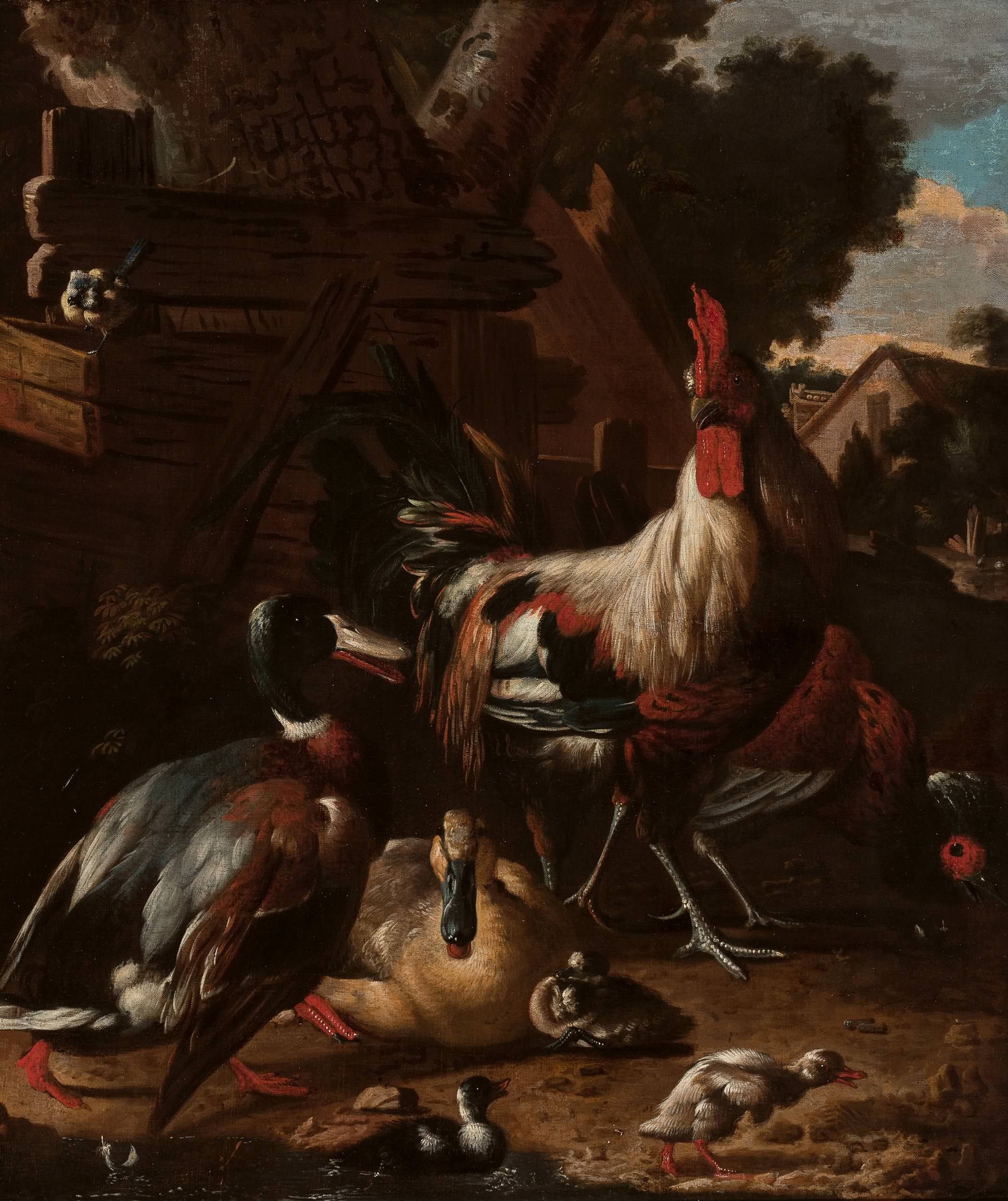 After Melchior d’ Hondecoeter
(17th/18th century)
Ducks, Hens and Other Fowl in a Yard
Oil on canvas, 87.3 x 73.8 cm
Provenance:
Private collection, the Netherlands (1951) (incl. copy of invoice)
Note:
This work was painted after a composition by Melchior d’ Hondecoeter (1636-1695), a Dutch animal painter specialised in depicting poultry.
In this scene, we see a proud rooster startling a mallard who appears to be backing off. The female duck, however, remains seated as the ducklings scurry about, seemingly unaware of the rooster’s presence. The popularity of this specific composition by d’ Hondecoeter is evidenced by the number of copies which have appeared on the market since the 17th century.