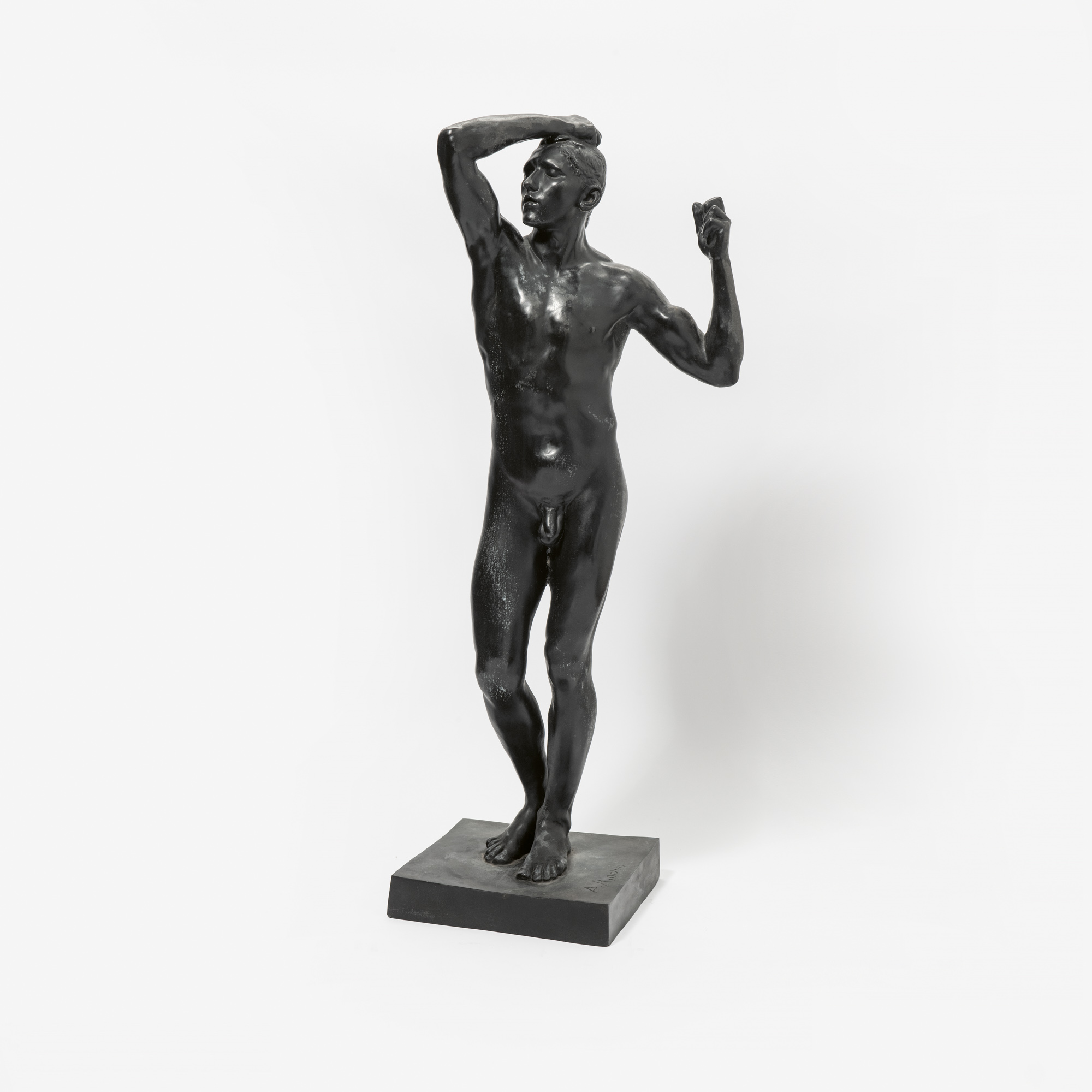 After Auguste Rodin
(20th Century)
L’Âge d’Airain (The Bronze Age)
With signature A. Rodin on the foot
Bronze, H. 102.5 cm
Note:
This breakout sculpture of Auguste Rodin (1840-1917) caused a critical scandal for its extreme naturalism and ambiguous subject matter. Fashioned over a period of eighteen months and based on a live model, the sculpture depicts a suspended moment of human awakening, either to suffering or to joy. First exhibited in 1877 in Brussels with the title The Conquered Man Le Vaincu (literal translation ‘The Vanquished’), it was displayed later the same year in Paris with its current title. Rodin promoted the work’s multiple interpretations, saying: “There are at least four figures in it”.