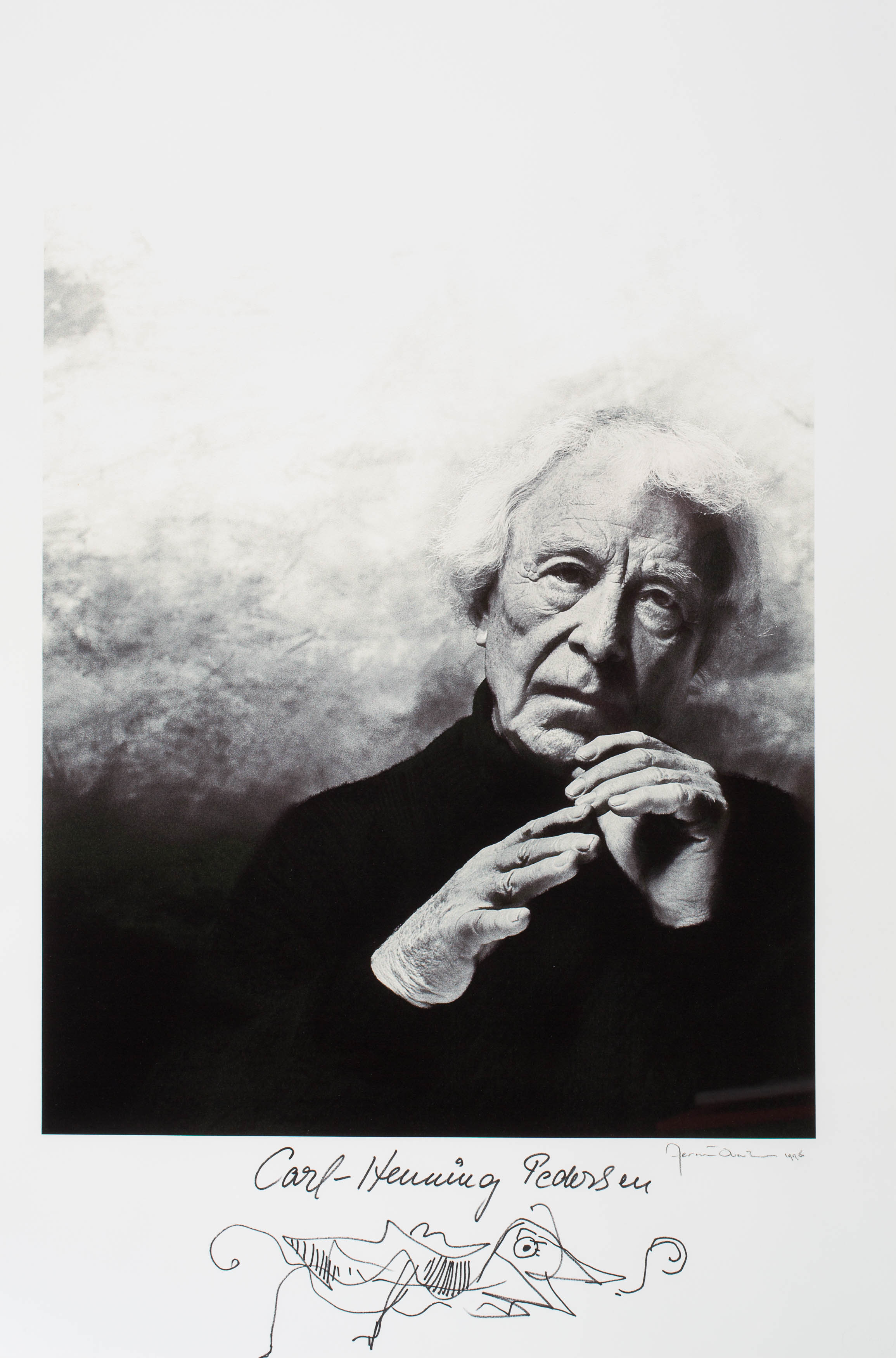 Aernout Overbeeke & Carl-Henning Pedersen
(Utrecht 1951 & Copenhagen 1913 – 2007)
Portraits des artistes du mouvement CoBrA – Carl-Henning Pedersen
Signed and dated 1996 by Overbeeke l.r.
Signed by Carl-Henning Pedersen l.m.
Crayon on photoprint on watercolour paper, 72.2 x 60 cm (image size) / 109.7 x 75.2 cm (paper size)
N.B.:
During the opening of the CoBrA Museum in Amstelveen in 1995 Overbeeke made a remarkable series of portraits of the seventeen renowned CoBrA-artists. In the museum depot Overbeeke had installed a small black tent, in which he asked the already somewhat aged artist to take a seat. At a distance of three meters Overbeeke zoomed in using his eye, the beloved camera, on the hands and eyes of the portrayed. Exactly these pictural elements the photographer wanted to emphasise in his portrait series.
The portraits were printed on large-size watercolour paper in an edition of three. Overbeeke subsequently asked the CoBrA-artists to add a creation in their own style to the portraits. He kept one series himself, all artists were given their own portrait and Overbeeke donated one series to the CoBrA Museum.