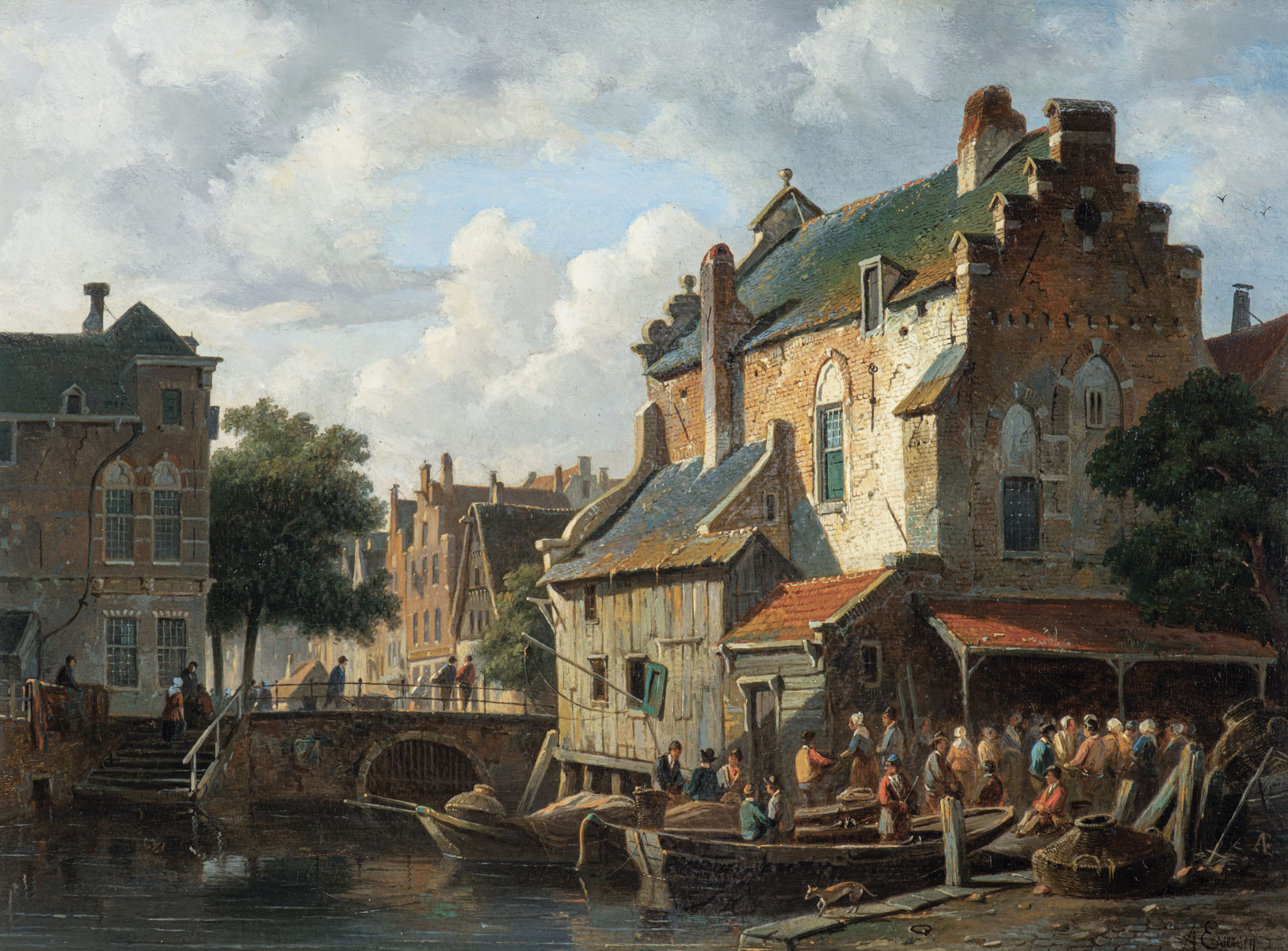 Adrianus Eversen
(Amsterdam 1818 – Delft 1897)
Townsfolk on a Sunlit Quay
Signed lower right
Oil on panel, 30.1 x 41.1 cm
Provenance:
Private collection, the Netherlands
Note:
Adrianus Eversen was a Dutch painter who is best known for portraying the typical 19th century Dutch atmosphere in his work. As a member of Arti et Amicitiae, he belonged to the society of elite artists of his time. Eversen was trained by the painter Cornelis de Kruyff (1771-1854), who introduced him to painting old Dutch cityscapes. His technique was refined by studying with Cornelis Springer (1817-1891), the acknowledged master of Dutch town views in his day. The two painters were students of Hendrik Gerrit ten Cate (1803-1856) at the same time and usually painted Dutch cityscapes. In his choice of subjects, Eversen allowed himself more freedom than his contemporary; he painted mostly imaginary cityscapes, consisting of existing and invented fragments, compared to the more faithful representations of Springer. Eversen developed a brilliant compositional structure, a warm colour scheme, and he became a master at depicting elaborate details. As shown in this painting, the effect of sunlight and shadows on buildings plays a leading role in Eversen’s works, together with the expression of atmosphere and the everyday life of people in a town. Therefore, this work on offer is an excellent example of Eversen’s balanced style.