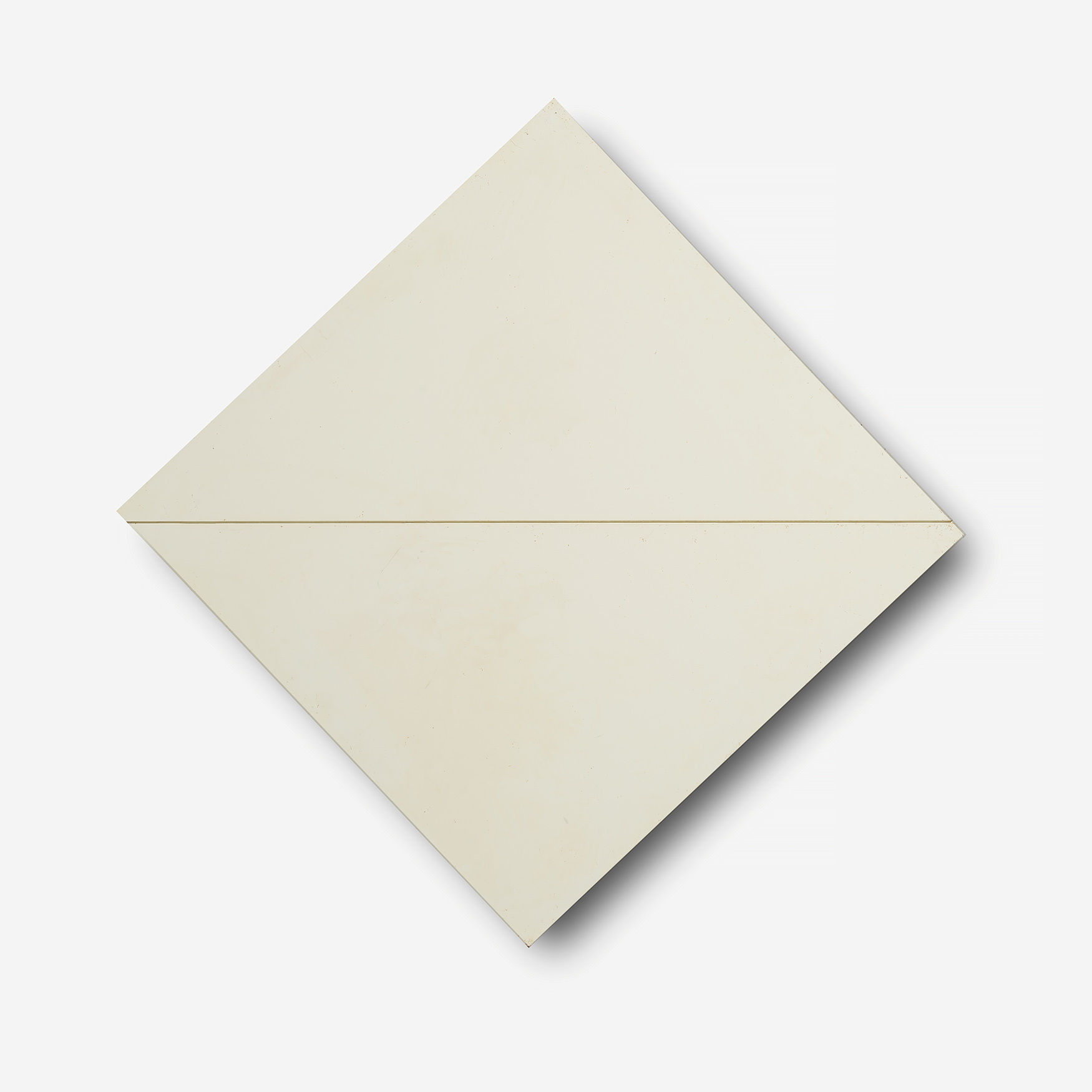 Adriaan “Ad” Dekkers feels it’s impossible to create a real sense of space on a flat surface, not even with a simple three-dimensional form. The prominent Dutch artist became best known for his reliefs and monumental sculptures involving simple geometric forms, which he made in the 1960s.

From 1954 to 1958, Dekkers studied at the Willem de Kooning Academy in Rotterdam, and focused primarily on the drawing of still lives and landscapes. A few years after his graduation, he sought increasing inspiration in De Stijl artists, such as Piet Mondrian, with whom he shared the view that universal truths should be expressed in the simplest and purest means possible. From 1965, he started making reliefs in editions, often cast in polyester, wood, or aluminium. By painting his reliefs monochrome and mostly white, the effect of light could be optimally utilized. Additionally, Dekkers greatly reduced the number of compositional elements and accentuated the specific character of each of the geometric basic forms by a single systematic intervention, which is, in this work on offer, the simple line carved in the wood. He called these, often white, flat sufaces on which a linear division was applied, ‘zaagsneden’ (saw cuts).

Dekkers was represented by the Amsterdam art dealer Riekje Swart, who specialised in avant-garde, constructivist, and systematised art and worked with international artists such as Lucio Fontana, Sol Lewitt, Agnes Martin, François Morellet, Peter Struycken, and Gerhard von Graevenitz. Supported by Jean Leering, director of the Van Abbemuseum Eindhoven, his work was also included in seminal exhibitions such as the 1967 Biennale of São Paolo, together with Jan Schoonhoven and Peter Struycken, and Documenta 4 in Kassel in 1968, in a gallery room shared with Elsworth Kelly.
* Condition report available upon request