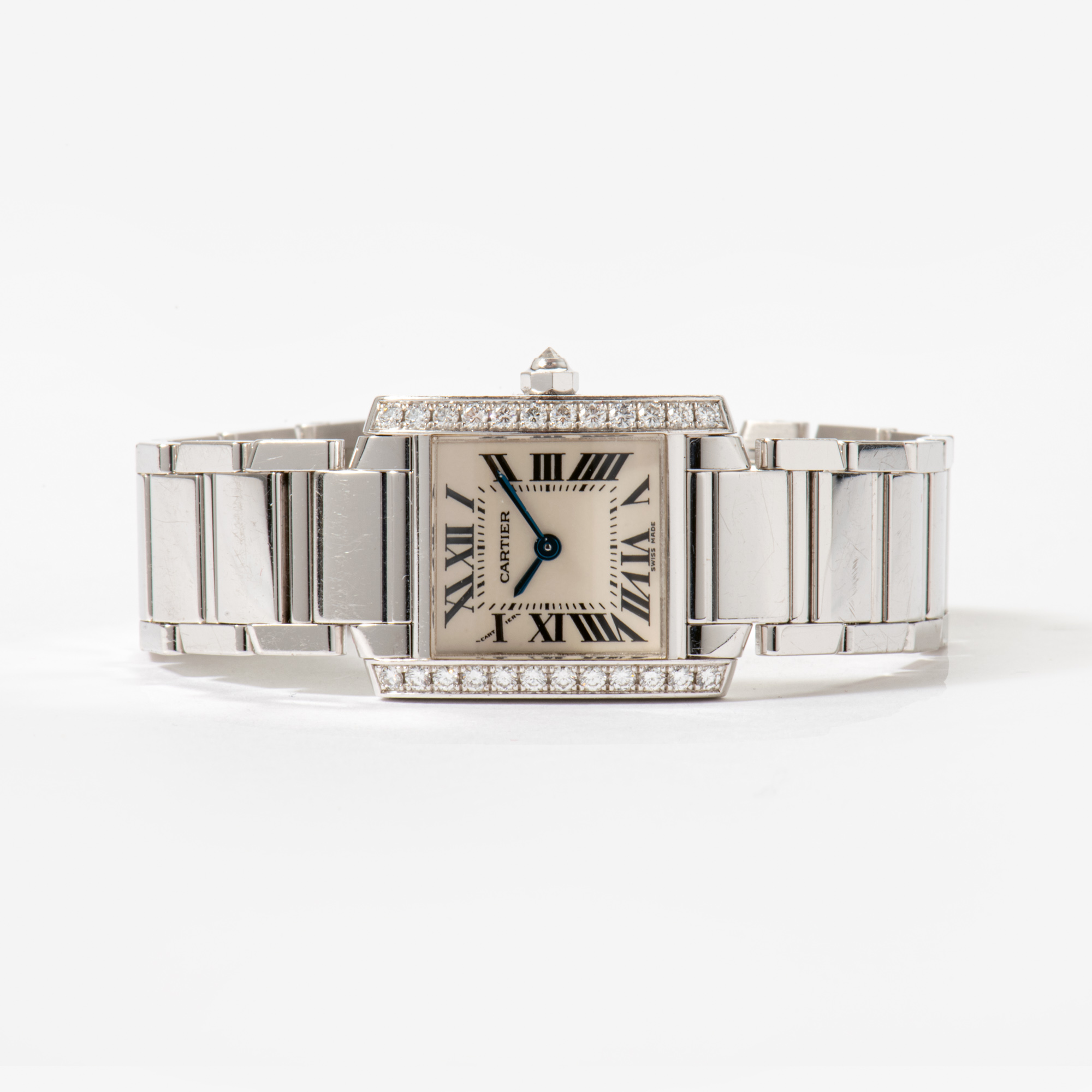 A white gold and diamond-set Cartier Tank Française lady’s wristwatch
21st Century
Case: 18 carat white gold with diamond-set bezel, 20 x 25 mm diameter
Bracelet: 18 carat white gold
Dial: ivory
Movement: Quartz
Number: 853585 CD-2403
Accessories: presentation box, travel pouch, extra link and service papers
Gross weight approx. 80.5 g
Movement not tested
Note:
The Tank is a line of watches made by Cartier. It was created by Louis Cartier in 1917, and inspired by the new Renault tanks which Cartier saw in use on the Western Front. Its lines and proportions are similar to those of tanks found on World War I battlefields: it is both a square and a rectangle, and its strap is seamlessly integrated into vertical sidebars called ‘brancards’. The prototype watch was presented by Cartier to General John Pershing of the American Expeditionary Force. The Tank was introduced in 1918 and entered full production in 1919 when a total of six pieces were built. Since its inception, variations of the watch have been released by Cartier.