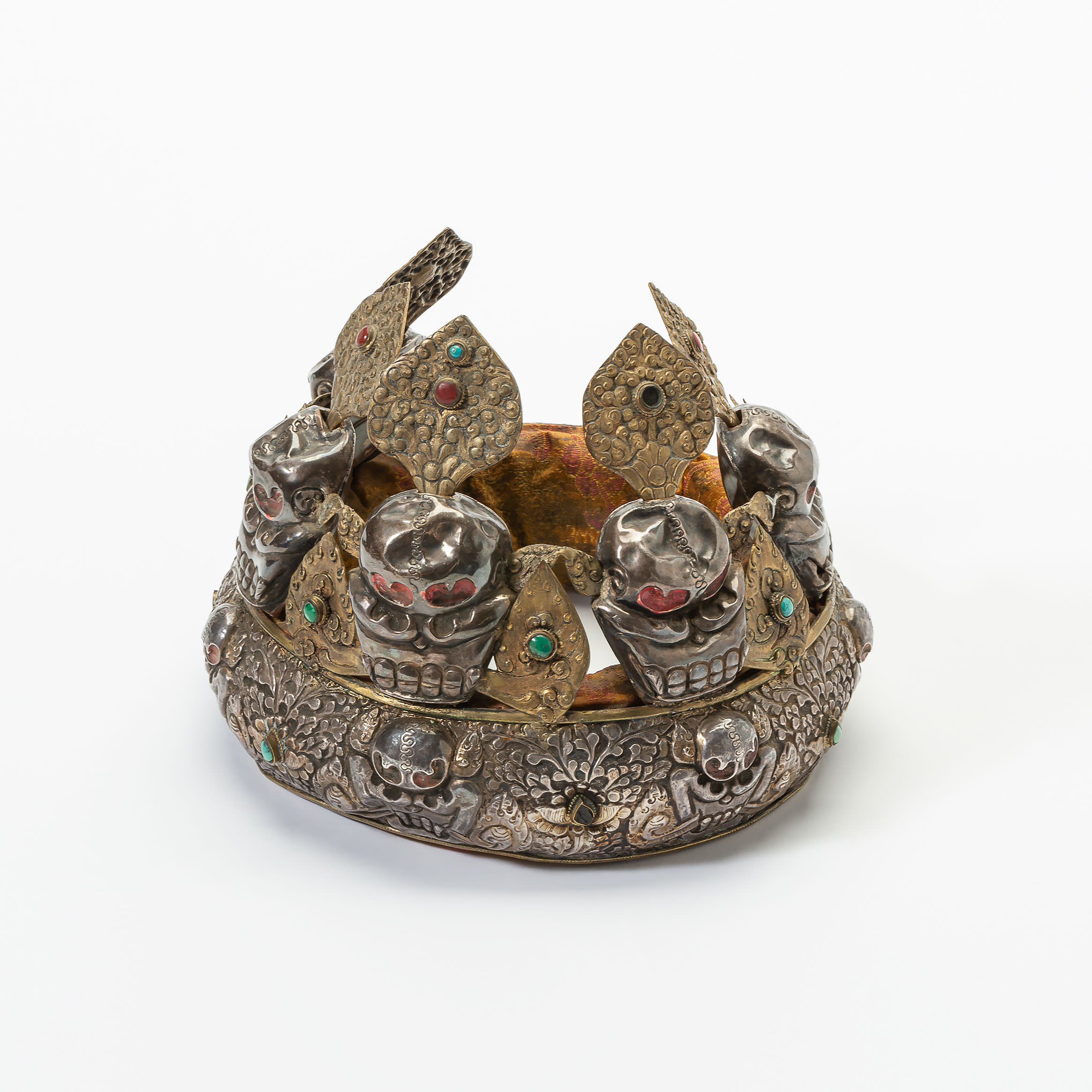 A Tibetan part-gilt metal oracle crown
Early 20th century
The crown consisting of a low alloy band embossed with five skulls set amongst foliate, the inside with brocade filling and supporting five large skulls, each topped with a separate embossed ornament, with turquoise and coral.
Diam. 21 cm
Provenance:
– Private collection, the Netherlands (assembled from 1950 till the 1990’s)
– By descent to the present owner