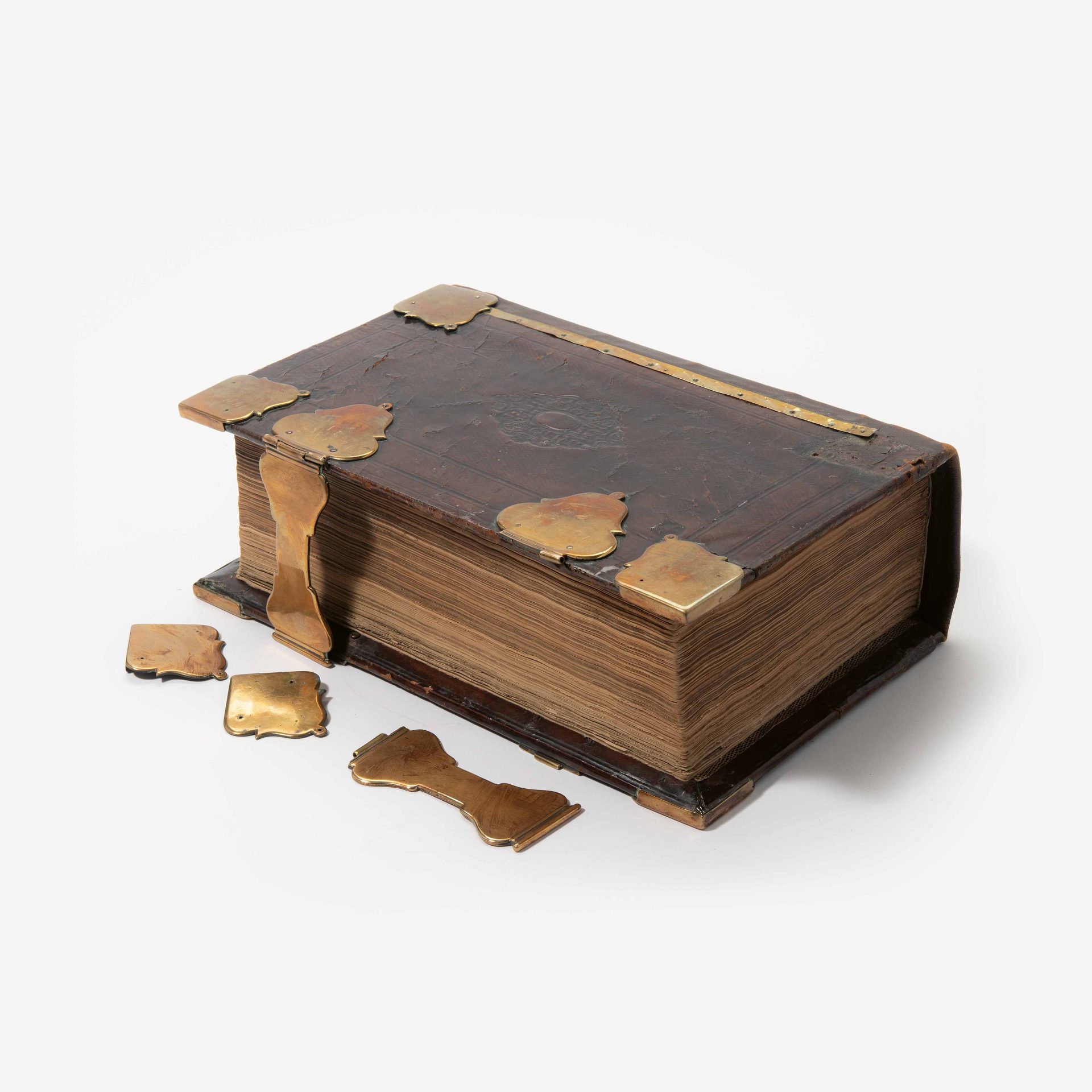 A ‘Statenbijbel’ Bible
Folio in leather binding with cartouche an brass corner mounts and locks. Including folded world maps. Signed and dated 1637 Barent Langenes, printed by Paulus Aertsz van Ravesteyn in Leyden.
H. 42.4 x W. 27.2 x D. 14.3 cm
Note:
The Statenvertaling or Statenbijbel (States Bible) was the first translation of the Bible from the original Hebrew, Aramaic and Greek languages into Dutch, ordered by the Synod of Dordrecht 1618 and financed by government of the Protestant Dutch Republic and first published in 1637. The first complete Dutch Bible had been printed in Antwerp in 1526 by Jacob van Liesvelt. Like other existing Dutch Bibles, however, it was merely a translation of other translations. Furthermore, the translation from Martin Luther was widely used, but it had a Lutheran interpretation. At the Synod of Dort in 1618/19, it was therefore deemed necessary to have a new translation accurately based on the original languages. The synod requested the States-General of the Netherlands to commission it. In 1626, the States-General accepted the request from the synod, and the translation started. It was completed in 1635 and authorized by the States-General in 1637. A number of first editions of were signed by the representative of the State General, Barent Langenes.